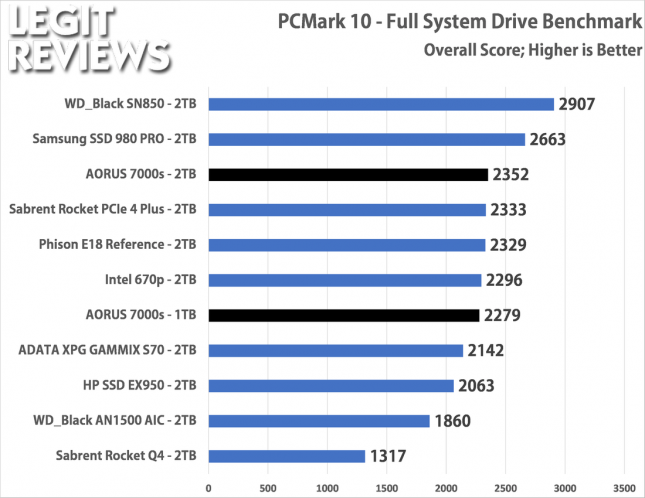 The PCMark 10 Storage Benchmarks overall score is calculated from the bandwidth and average access time sub-scores. The bandwidth subtest is defined by UL in PCMark 10 as bandwidth = bytes / busy_time_for_read_and_write. Here theAORUS Gen4 7000s 2TB drive averaged 380.1 MB/s versus 366.7 MB/s on the 1TB model. 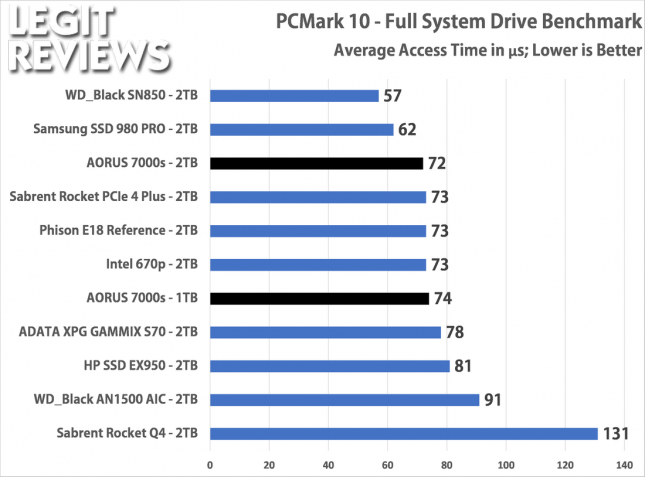 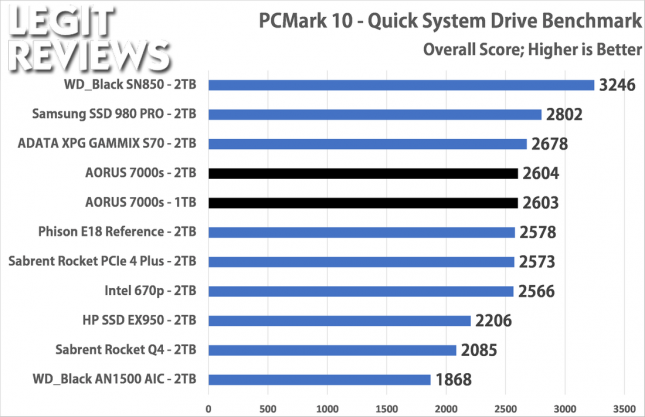 On this lighter workload the performance between both AORUS Gen4 7000s drives was basically the same. This benchmark only writes 23GB of data to the drive over the course of the test, so it is much lighter. 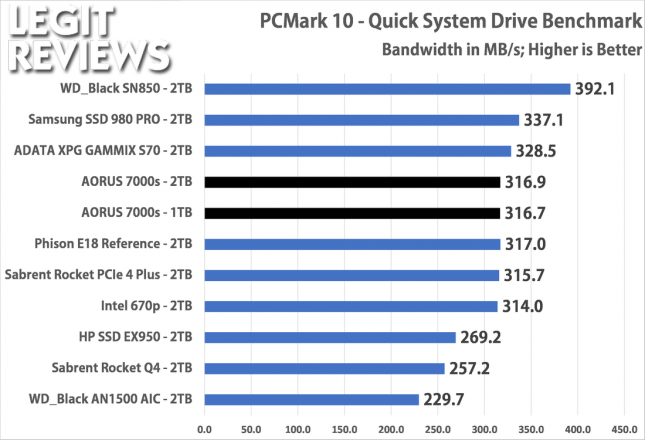 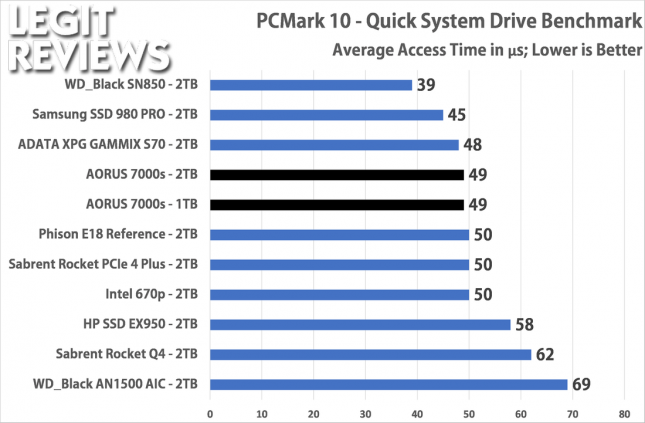 The average access time on the AORUS Gen4 7000s SSDs was 49 microseconds for the quick system drive benchmark workload.