All temperature testing was done in a Corsair iCUE 465X RGB case ($154.99 shipped) with an extra Corsair LL Series LL120 RGB fan added to the back of the case to help as an exhaust fan. We then set the fan speed in the UEFI of the ASUS TUF Gaming X570-Plus (Wi-Fi) to run at 50% fan speed. 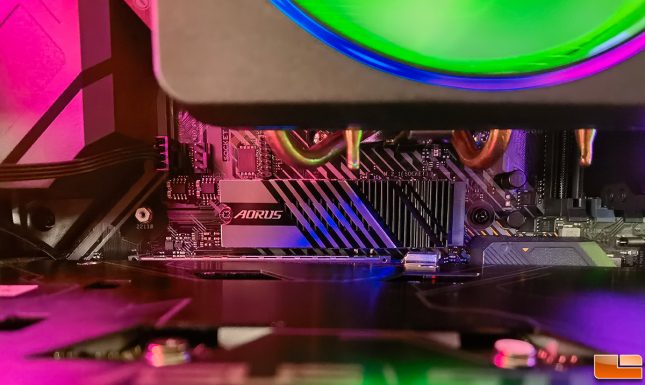 Using the S.M.A.R.T. temperature sensor we found the Gigabyte AORUS 7000s 1TB drive topped out at 48C and the larger 2TB model hit 49C inside our test system. These are not bad temperatures and the tempered glass panel was left on during our period of testing. 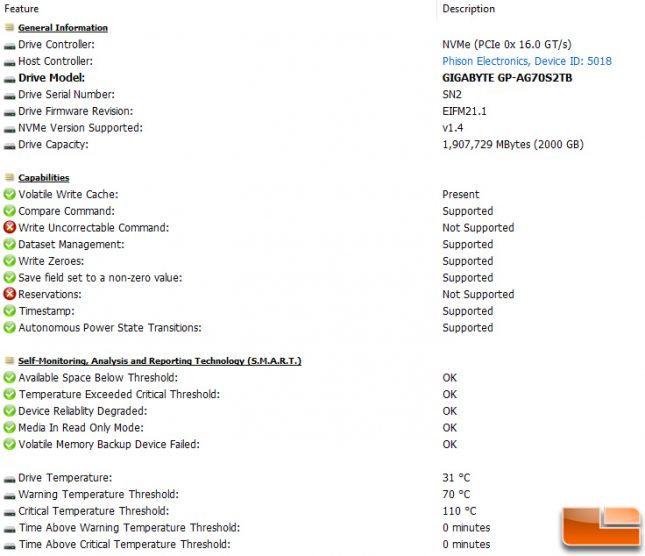