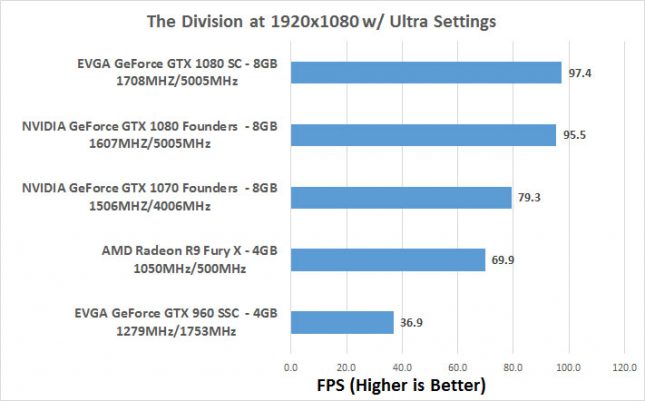 1080P Benchmark Results: Even at lower resolutions, The Division is a very punishing yet beautiful game, and at 1920×1080 we averaged roughly 97 FPS on the EVGA GeForce GTX 1080 SC. 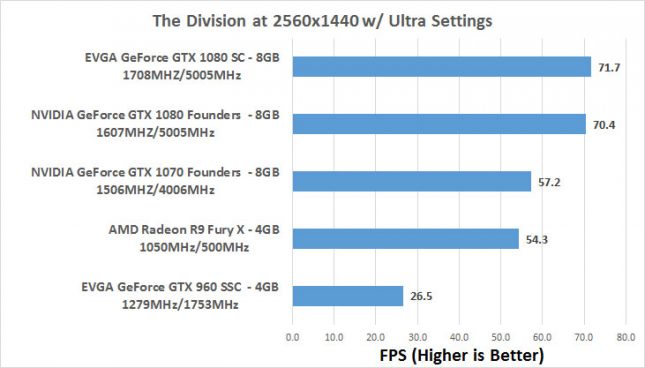 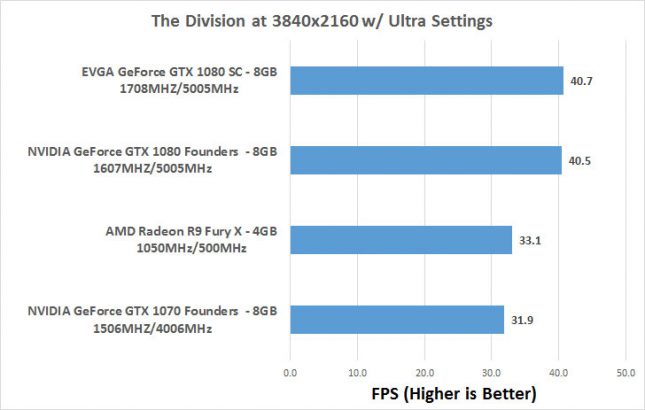