The GeForce GTX 1080 You’ve Been Dreaming About? 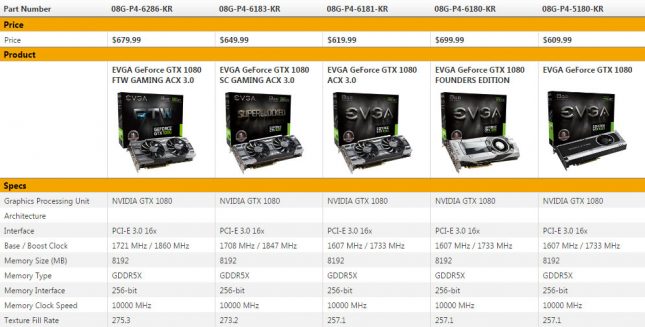 Here is a table that compares NVIDIA’s current models against those that have been released in the past half decade. 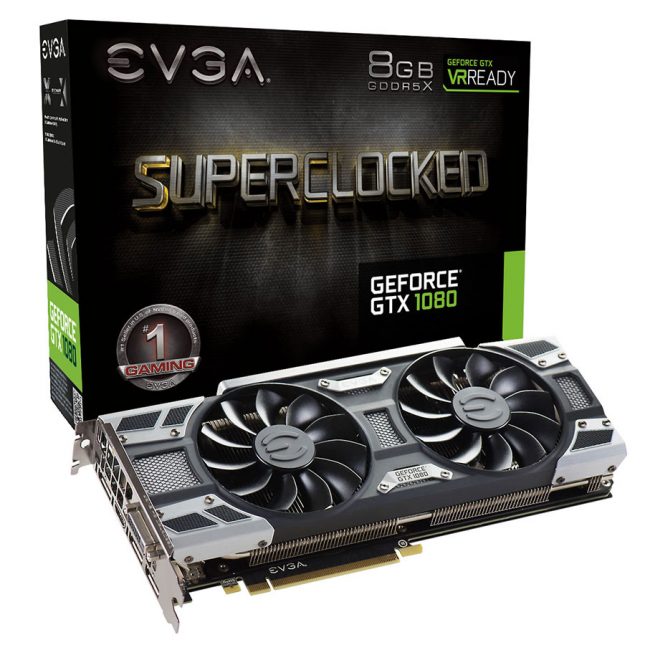 The EVGA GeForce GTX 1080 SC Gaming ACX 3.0 is a dual-slot form factor card that measures in at 267mm in length and 128mm in height. The ACX 3.0 GPU cooler is more than enough for the 180W TDP GPU and believe it or not the two 100mm fans switch off completely when temperature is below 60C, so this is a 0dB card when at idle. The ACX 3.0 cooler has radical new looks and EVGA claims it will allow the GeForce GTX 1080 to run up to 10% cooler and up to 13% quieter than the Founder Edition.

We like the new look, but on our card there was protective plastic film on each silver metal piece and then another layer across the top of the card. The top layer peeled right off, but the folks on the assembly line put the screws on the silver metal pieces over the film. That meant we had to unscrew nearly each and every one to get tiny plastic pieces off the card. 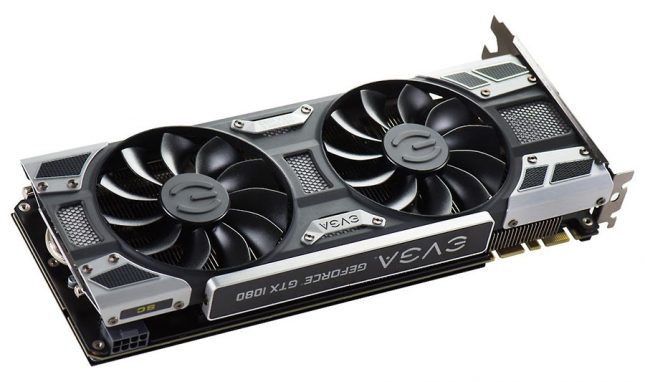 EVGA used just a single 8-pin power connector for this model and there is just one BIOS on it. The honeycombed screens on the face of the cards has white LED lights. If you wanted a dual-BIOS card with two 8-pin connectors and full RGB lighting (controlled by EVGA’s Precision X OC utility) you’ll need to spend the extra $20 and get the EVGA GTX 1080 FTW model.

The back of the card has a full-coverage backplate with some mesh screens in a number of spots for improved airflow and heat dissipation.

The video outputs on the EVGA GeForce GTX 1080 SC video card include three DisplayPort connectors, an HDMI 2.0b connector (supporting [email protected]) and a single dual-link DVI output. While there are a total of five video connections, only four can be used simultaneously. The DisplayPort outputs are 1.2 certified and spec DP 1.3/1.4-ready, which means it supports 4K screens at 120Hz or 5K at 60Hz from a single cable and an 8K display at 60Hz if you are using two cables.