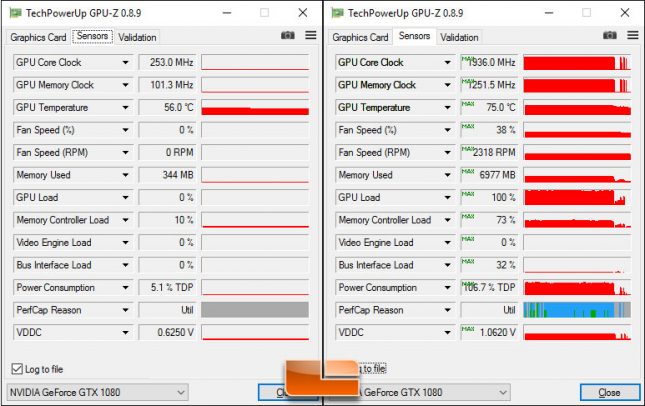 When it comes to temperatures the EVGA GeForce GTX 1080 SCS Gaming ACX 3.0 idled around 56C on our open air test bench and then hit 75C at load while gaming. The ACX 3.0 cooler features a 0dB fan design until the temperatures top 60C, so this is why the fan speed shows 0dB at idle and why the idle temps are so high. At load our fan topped out at 2,300 RPM while gaming. Notice that the boost clock speed on our card topped out at 1936MHz at times despite being rated at 1848MHz. 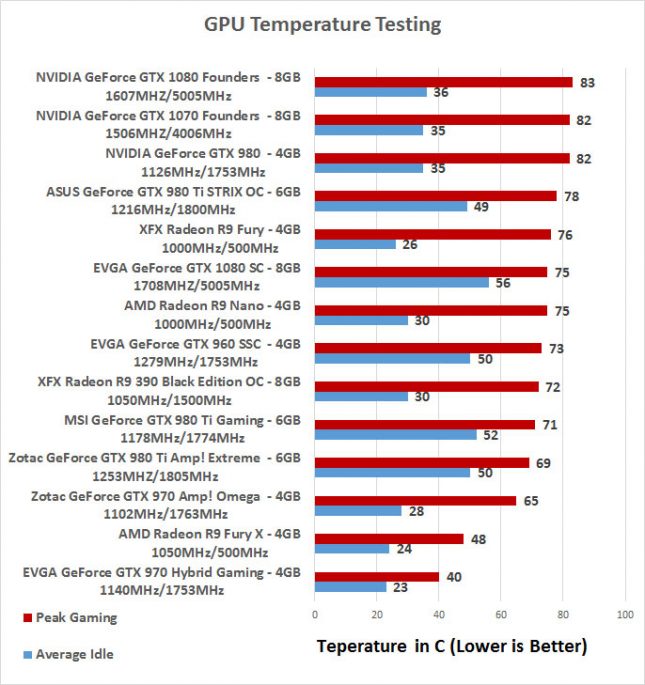 Here is a chart that shows the temperatures of the EVGA GeForce GTX 1080 SC versus some other high-end desktop cards. It’s 8C cooler than the Founders Edition at load. 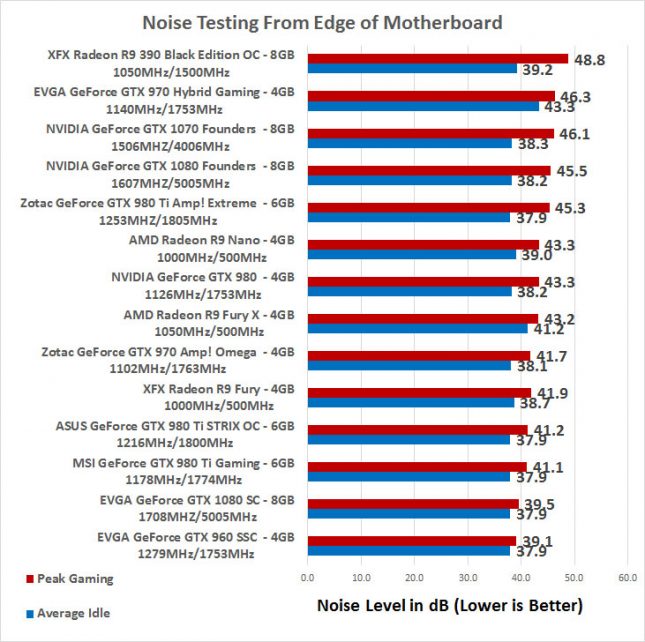 Our EVGA GeForce GTX 1080 SC sample had no choke whine whatsoever and the double ball bearings on the 100mm fans were very quiet. This is the first flagship card that we have benchmarked recently that doesn’t get over 40dB! No sound issues with this card!