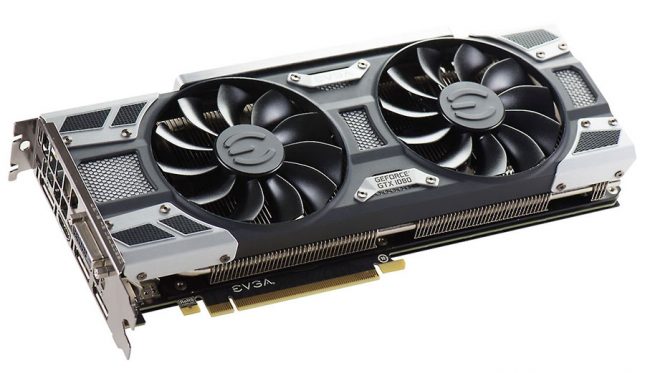 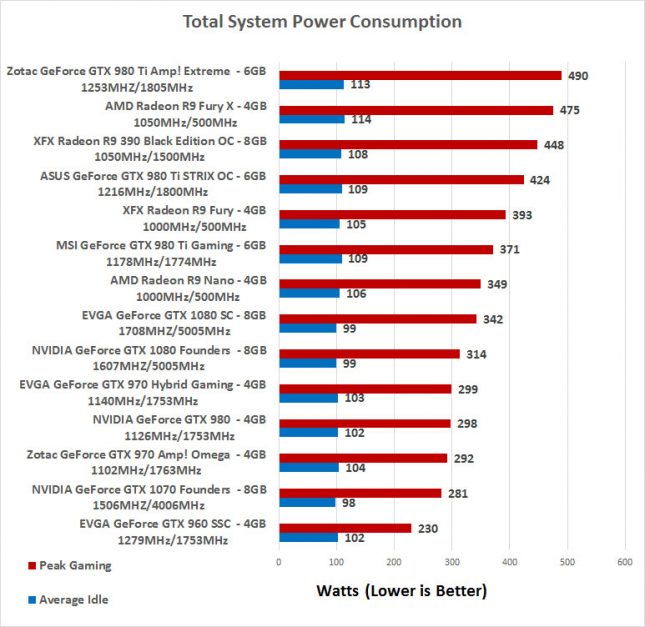 Power Consumption Results: The EVGA GeForce GTX 1080 SC in our test system used 99 Watts at idle and 342 Watts at peak 4K gaming. This is the same exact idle numbers as the Founders Edition model and slightly more at load, which makes sense due to the higher clock speeds.