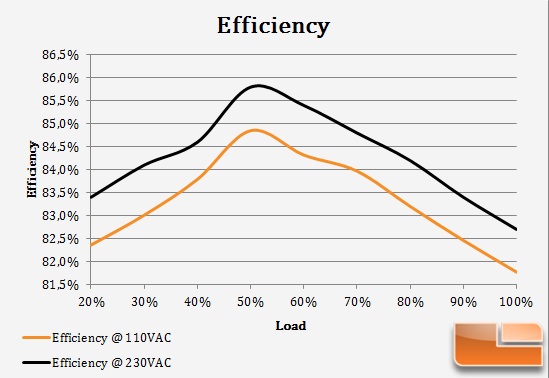 The EVGA 500B easily complies with the 80Plus Bronze efficiency certification when powered by either an 110VAC or a 230VAC voltage source. With a 230VAC input, it manages to reach a maximum efficiency of 85.8% at 50% load and the minimum efficiency is 82.7% at maximum load. Reducing the input to 110VAC has, as expected, a negative impact on the overall efficiency of the power supply, by about 0.9% across the entire load range. 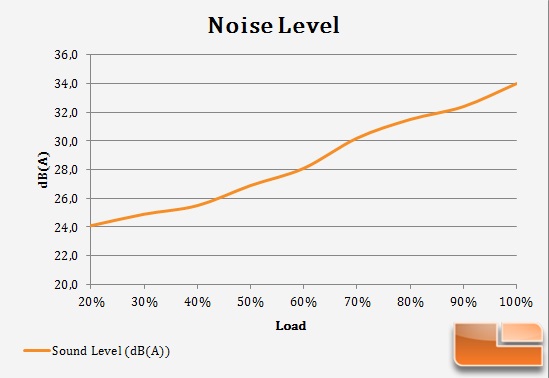 Even though the EVGA 500B is quiet when lightly loaded, that can change quickly as the load increases. Even small changes in load can boost the speed of the cooling fan, which becomes audible once the load exceeds 50% of the units capacity. We can expect this power supply to be rather quiet while performing simple everyday tasks, such as browsing or listening to music, yet clearly audible when the power drain increases significantly, such as from a good GFX card while gaming. 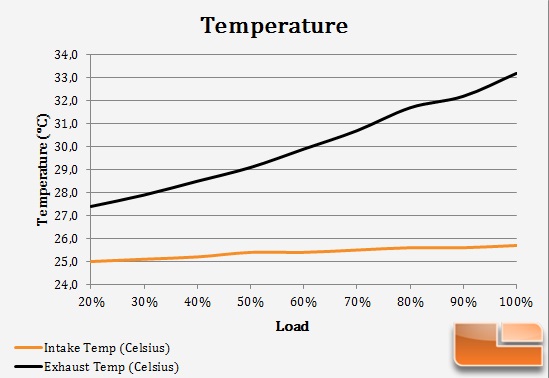 The thermal performance of the EVGA 500B is very linear to the load, just as the acoustics of the fan. At low load, the EVGA 500B should not even become warm to the touch. As the load increases, the temperatures keep rising, by about 0.75 C per 10% load.