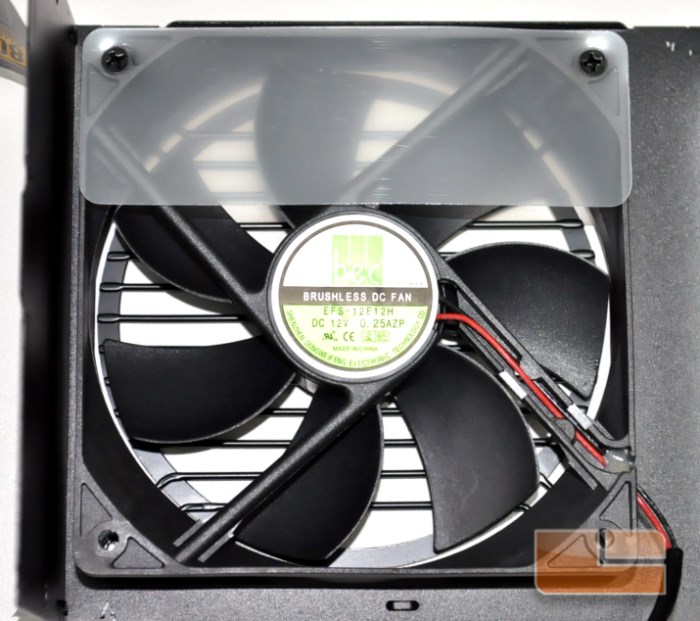 A Heroichi (HEC) 120mm fan can be found beneath the fancy finger guard of the EVGA 500B. It is a simple, sleeve bearing fan with a maximum speed of 1800RPM. 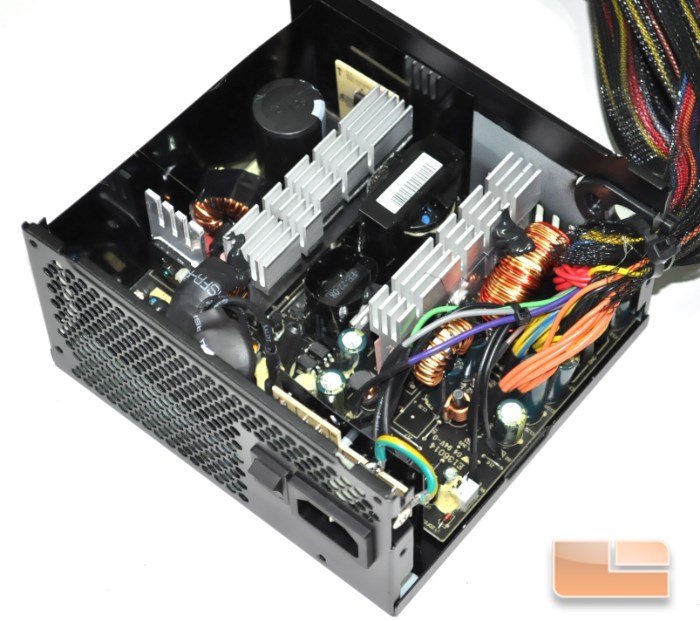 The OEM behind the creation of the EVGA 500B Bronze is no other than the supplier of its cooling fan, Heroichi. The 500B is based on a quite popular design, used in several low-cost products, which is relatively basic but very effective. The build quality is not exceptional, yet it is excellent for a product of such a price range. 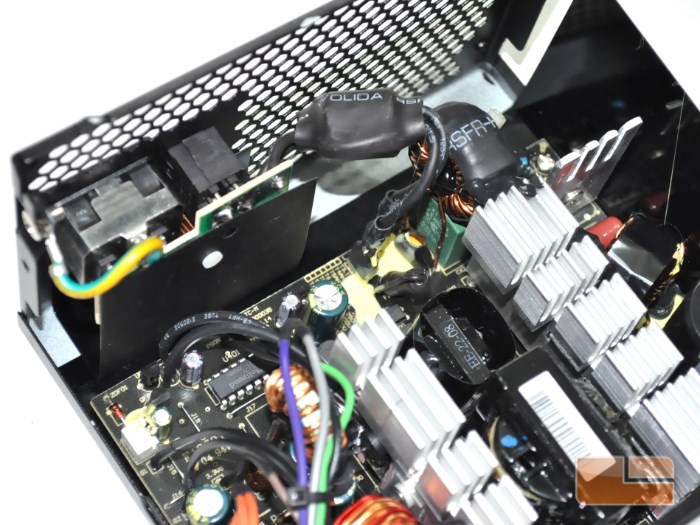 A small PCB is attached on the rear of the AC receptacle and holds part of the filtering stage. The EVGA 500B has a total of four Y capacitors, two X capacitors, two chokes and a MOV installed, forming an effective transient filter. 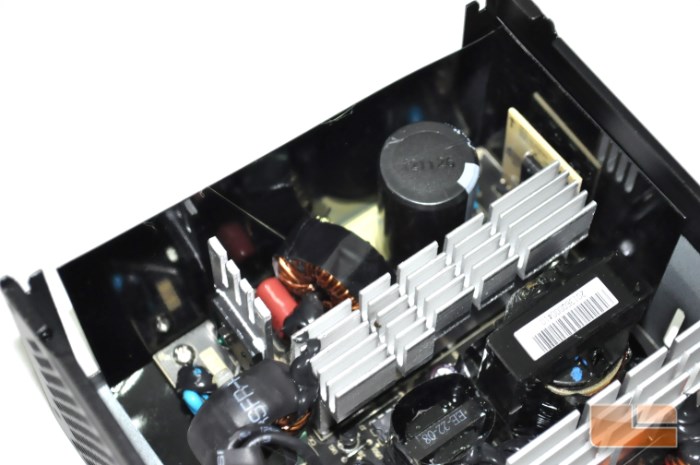 We can see the single rectification bridge right before the APFC circuit, on its own small dedicated heatsink. The APFC consists of a single CapXon 400V/270uF 85°C capacitor, a large filtering coil, two transistors and a diode. The active components of the APFC are attached onto the large heatsink next to the primary side of the main transformer, along with the primary inversion transistors. There are two transistors, forming a simple half-bridge inversion topology. 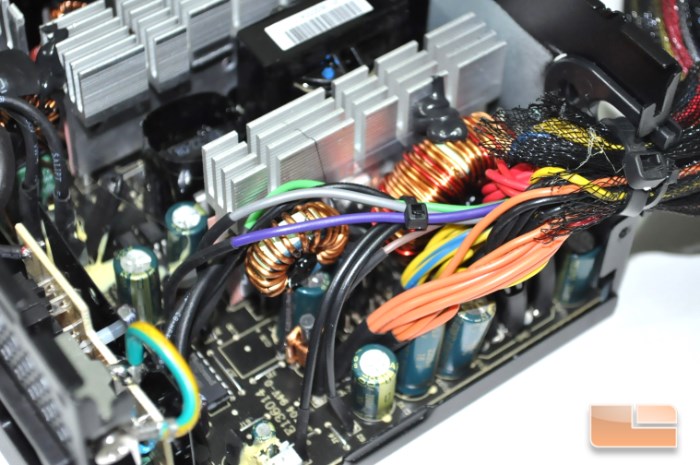 The secondary side is not very interesting, as this model is not using any “exotic” topology or feature. Four transistors are generating all of the voltage lines; two for the 12V line, one for the 5V line and one for the 3.3V line. However, the lines are group regulated, meaning that the 12V and 5V lines are sharing the same regulation pathway. All of the secondary side capacitors are supplied by Teapo.