Ethereum Mining After The Byzantium Hard Fork Have Profits Up

The Ethereum network began a planned hard fork at block number 4,370,000 yesterday and it appears that the Byzantium hard fork has been a smooth transition so far (check the status). Miners are having some fun as they are seeing that some blocks are being mined in as little as 1 second while others are taking almost a minute during the transition time we are currently in. Over the past month we have averaged about 30 seconds seconds per block and with the fork adjustments that has dropped down to just over 14 seconds! The ETH rewards for a mined block has been cut from 5 ETH to 3 ETH to combat inflation, but miners are seeing about a 30-40% increase in profit with the hard fork changes!

MyCryptoBuddy is showing that a single AMD Radeon RX 480 was getting $0.94 in profit per day on October 16th and just 24 hours later that card is now bringing in $1.37 per day. That is a 40% increase in profit thanks to the difficulty being readjusted lower and the lower block times! The Byzantium hard fork hasn’t brought us back to the $4+ dollar days we experienced back in May 2017, but we’ll take it! A single AMD Radeon RX 480/580 video card will bring in about $42.50 per month after power. You can actually buy AMD Radeon RX 580 video cards now with prices starting out at just $279.99 shipped for the 8GB model or $259.99 shipped for the 4GB model. ETH should go Proof of Stake (PoS) long before 4GB cards go obsolete, but who knows about other alt coins that might become more profitable to mine in the months and years to come. You are looking at just over 6 months to get you GPU investment back at current prices and difficulties if you mine 24/7. If you happen to look at mining profitability calculators today be sure to look at the numbers carefully as hard fork has many thrown off!

Why mine for such little profit? Ethereum now has a US $30.77 billion market capitalization with a price $323 per ETH, but many expect that price to continue to go up. Those bullish on ETH believe that it could reach a target price of $650-$800 a ways down the road. If that happens it means that the ETH mined today will be worth more later and that

The other thing that you have to remember is that much of the Nothern Hemisphere is entering Autumn and that is bringing cooler temperatures. We fought over 110F temperatures this summer when we were mining with dozens of cards in June-August and our electric bill was crazy since power rates in the summer were $0.1261 per kWh. Now that summer is over we have 8 months of winter rate electric costs and that puts power at $0.0878 per kWh up to 750 kWh and $0.0602 per kWh once over that threshold. One can also use the mining systems as a source of heat for the home, so rather than fighting the heat from the systems the warmth is actually beneficial! 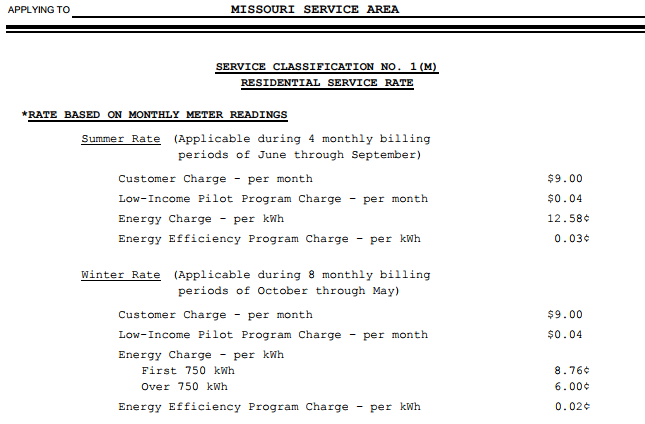 So, we are seeing a 40% increase in mining profitability thanks to the Byzantium hard fork and over a 30% reduction in electricity costs due to lower winter rates in our area. We often have people reference our articles from June 2017 and ask if we are still mining. We did turn some machines off near the end of summer as we had over a week with 110F temperatures and our mining operation room was cooking. We’ve since turned them back on thanks partly due to the cooler weather and increase in mining profitability! 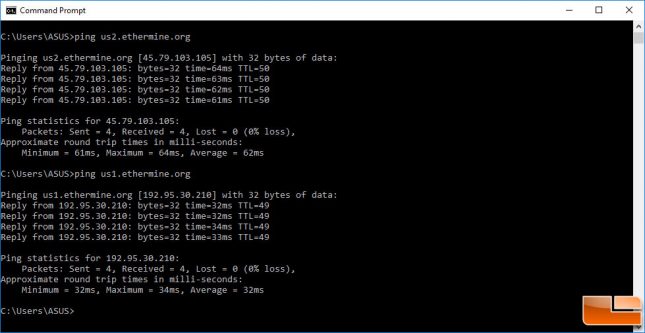 We are still using Claymore’s Dual Ethereum AMD+NVIDIA GPU Miner v10.0 (download here) and the Ethermine Ethereum Mining Pool (check it out here) with solid success. Since our original articles we’ve gone back and picked what Ethermine servers we connect to in the bat file based on ping times now. We are based in Missouri and discovered we get 32ms ping times to the East coast Ethermine servers versus 62ms ping times to the West coast servers. This simple server switch has decreased the number of stale shares we’ve gotten and that helps the bottom line. Our video cards are all overclocked and undervolted as much as we can get away with and Windows 10 has been tweaked to ensure solid 24/7 use.

We’ve been mining for roughly six months now and it’s been profitable for us.  We’ve learned a ton of things along the way and hopefully those that purchased hardware back in May/June/July have had a similar experience if they stuck with it 24/7. It would be nice to see the price of ETH higher, but we are still making money and most importantly having fun! Hopefully the same goes for all of you!

If you are new to mining and want to build a system for mining we highly suggest starting with our article on the best mining GPUs.