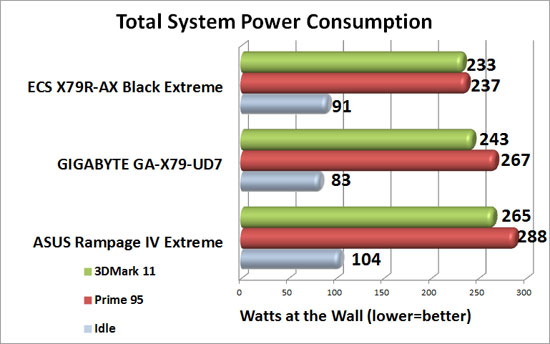 Benchmark Results: The ECS X79R-AX pulled the lowest amount of power across both load tests out of our three Intel X79 systems. The idle power consumption was slightly higher than the GIGABYTE GA-X79-UD7, though it was still lower than the ASUS Rampage IV Extreme.