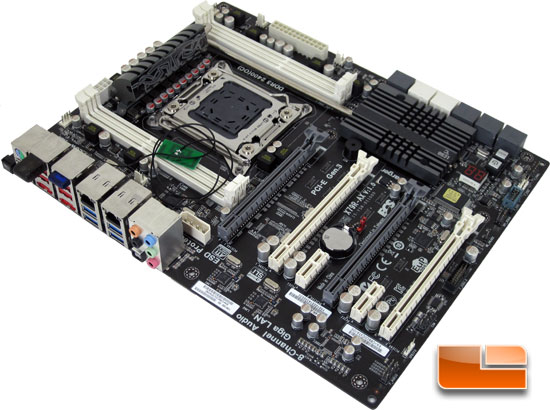 ECS doesn’t have the greatest reputation when it comes to high end computer components. Today we have the latest attempt at breaking free from the entry level motherboards from ECS. The ECS X79R-AX is part of the Black Extreme series of products. First impressions it looks like it has the potential to be a great board. If you haven’t guessed from the name or title of the article the ECS X79R-AX is built around the Intel X79 chipset which uses the latest second generation Intel Core i7 processors in the LGA 2011 package. The ECS X79R-AX is currently available for $239.99 after MIR.

The Intel X79 platform is the highest end Intel consumer platform that you can buy right now. With that being said, the prices of the components are typically more expensive than that of the more mainstream Intel Z68 platform. The price tag of $239.99 after MIR is a pretty reasonable price given the feature set possessed by the ECS X79R-AX. Base features that we have come to expect in a high end motherboard like NVIDIA SLI support, AMD CrossFireX support, SATA III 6Gbps, and SuperSpeed USB 3.0 are all readily available on the ECS X79R-AX LGA 2011 motherboard. In addition to these features, the ECS X79R-AX boasts features like 15 Gold Contact, an all solid capacitor design, MIB X for overclocking, onboard on/off/reset buttongs, advanced dual display indicator (ADD Indicator), driver MOS, 4way GPU, and PCI Express 3.0.