3DMark Fire Strike is the new showcase DirectX 11 benchmark for high-performance gaming PCs. Using a multi-threaded DirectX 11 engine, Fire Strike includes two graphics tests, a physics test and a combined test designed to stress the CPU and GPU at the same time. 3DMark Advanced and Professional Editions include an additional Extreme preset for highend systems with multiple GPUs. Fire Strike is only available in the Windows editions of 3DMark initially.

3DMark Fire Strike Physics test benchmarks the hardwares ability to run gameplay physics simulations on the CPU. The GPU load is kept as low as possible to ensure that only the CPU is stressed. The Bullet Open Source Physics Library is used as the physics library for the test. The test has 32 simulated worlds. One thread per available CPU core is used to run simulations. All physics are computed on CPU with soft body vertex data updated to GPU each frame. 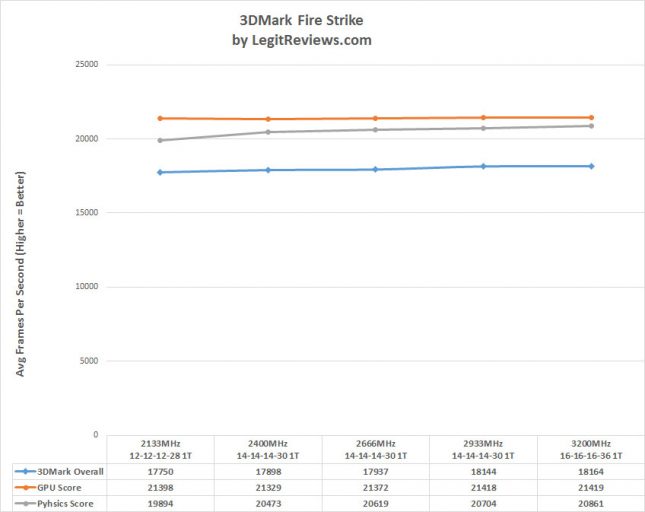 Results: The Physics score went up 4.9% by going from the DDR4 2133MHz kit with CL12 timings to the DDR4 3200 MHz kits with the CL16 timings. This isn’t a massive increase, but it does again show that running faster memory clock speeds will help performance rather than hurting it. The overall GPU score in 3DMark Fire Strike went from 17,750 to 18,164, an improvement of 2.3%. 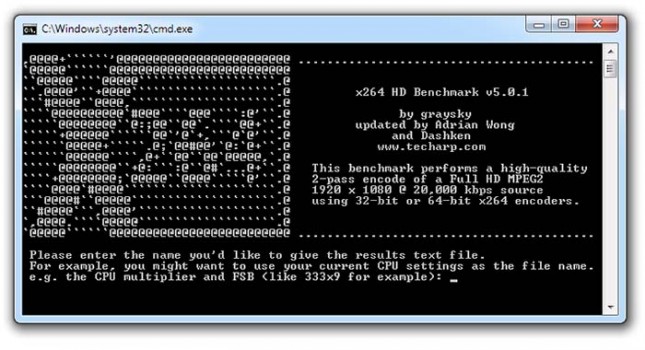 HandBrake is an open-source, GPL-licensed, multiplatform, multithreaded video transcoder, available for MacOS X, Linux and Windows. It is popular today as it allows you to transcode multiple input video formats to h.264 output format and is highly multithreaded. 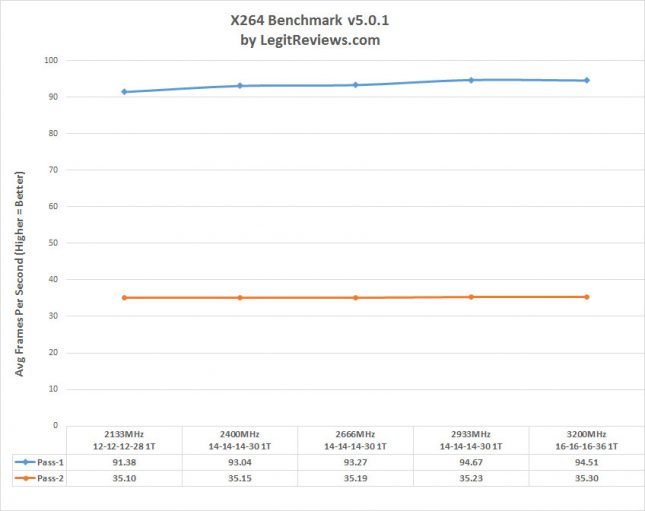