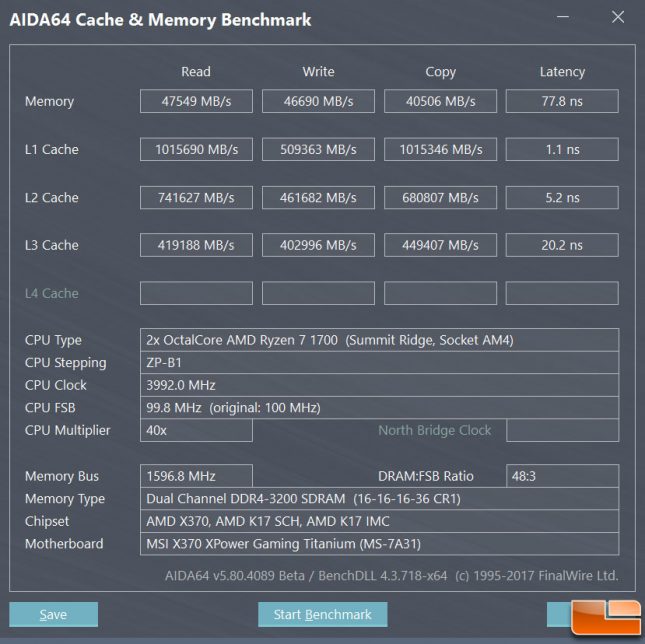 AIDA64 Extreme Edition 5.80 software (website) is an excellent benchmarking tool for looking at memory performance on any desktop PC. This version of AIDA64 implements full support for the upcoming Intel Skylake processors, adds advanced support for Microsoft Windows 10 and Windows Server 2016 operating systems, and supports the latest graphics and GPGPU computing technologies by both AMD and nVIDIA. AIDA64 Extreme 5.80 software is free to try with limited features or $39.95 to buy with 1-year of free updates. 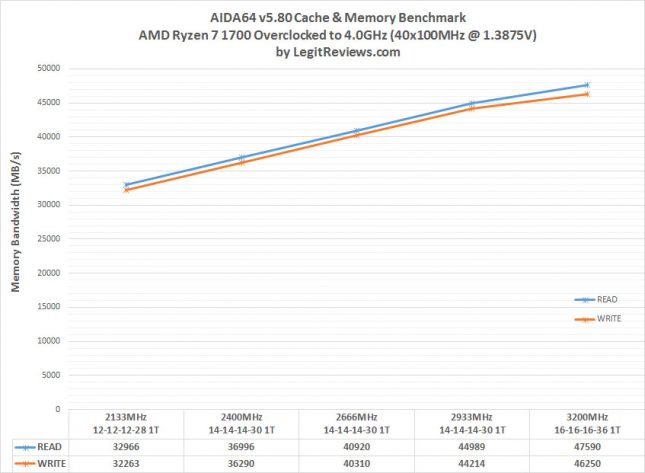 Benchmark Results: Using the slowest DDR4-2133 dual channel memory kit on the market we were reaching just under 33,000 MB/s of read/write memory bandwidth and by the time we got up to DDR4-3200 we were running over 46,000 MB/s! The write memory bandwidth went from 32,263 MB/s to 46,250 MB/s, which is a 13,987 MB/s or 46.4% increase in the effective write bandwidth. The performance increase was found to be fairly consistent until the very end when we loosened the memory timings to better match that of most 3200MHz memory kits on the market today. 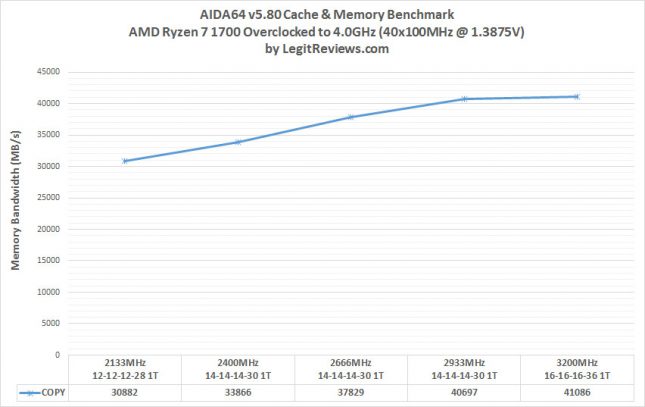 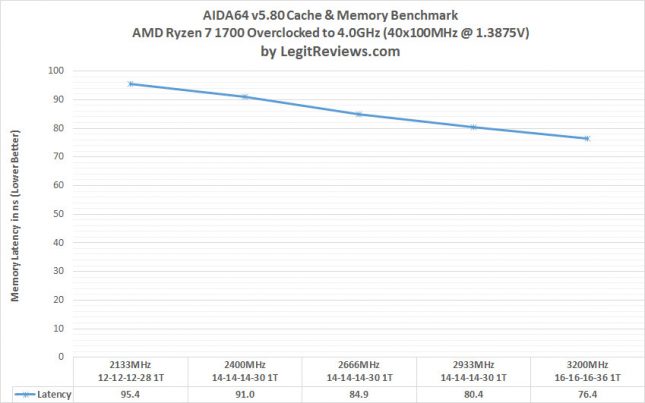 Benchmark Results: The latency of the memory decreased as the DDR4 DRAM clock speed increased despite having to loosen the timings in the UEFI along the way. At DDR4-2133 we averaged 95.4 ns and then improved that as the clock speeds went faster until we reached 76.4 ns at DDR4-3200. 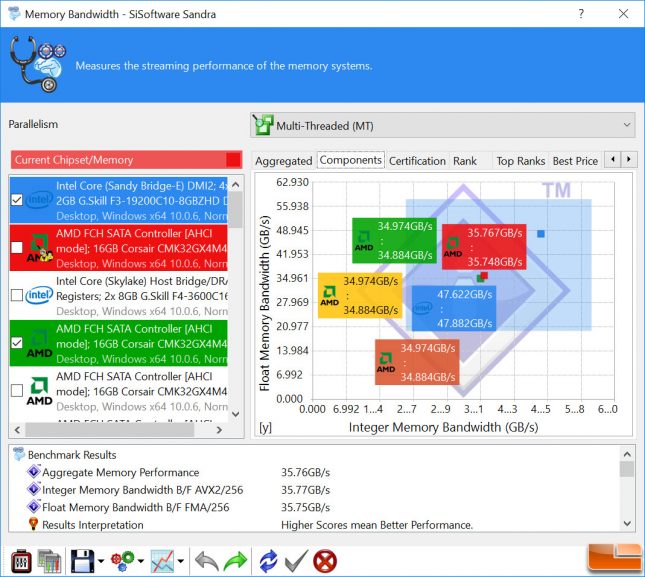 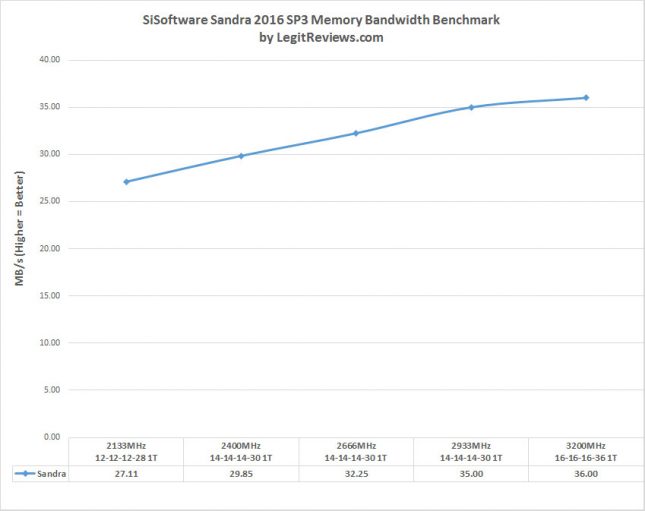 Benchmark Results: Using Sandra 2016 SP3 we again checked the memory bandwidth performance and managed to go from 27.1 GB/s with our 2133 MHz DDR4 memory kit with CL12 timings all the way up yo 36 GB/s with the 3200 MHz DDR4 CL16 memory kit. Sandra 2016 SP3 showed a 33% improvement in memory bandwidth for the AMD Ryzen 7 1700 processor overclocked to 4GHz on the MSI X370 Xpower Gaming Titanium motherboard.