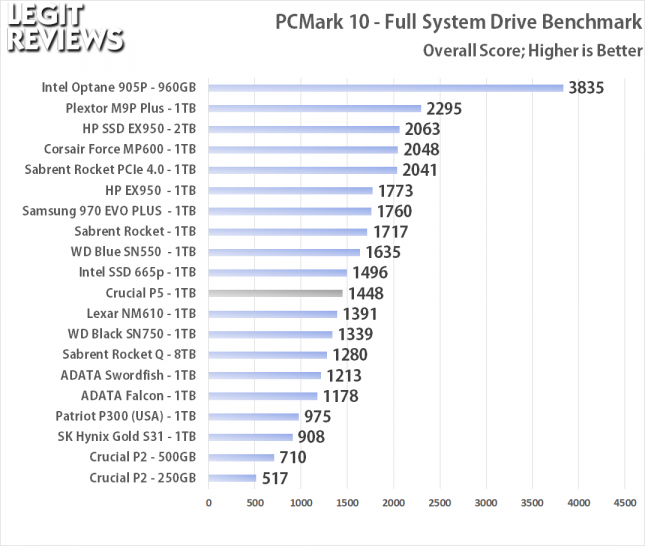 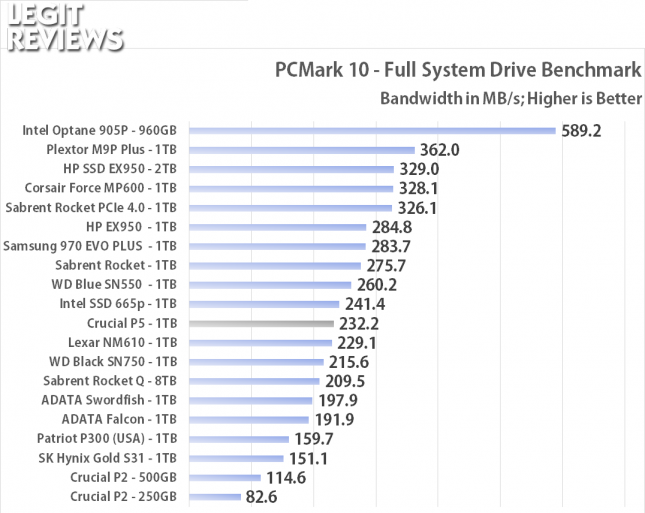 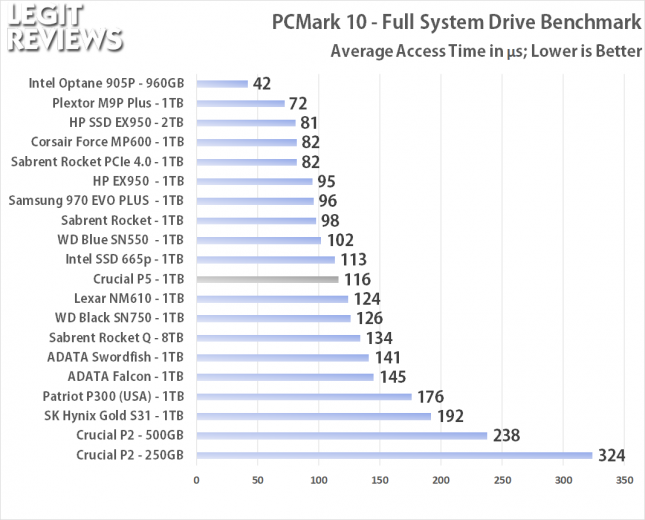 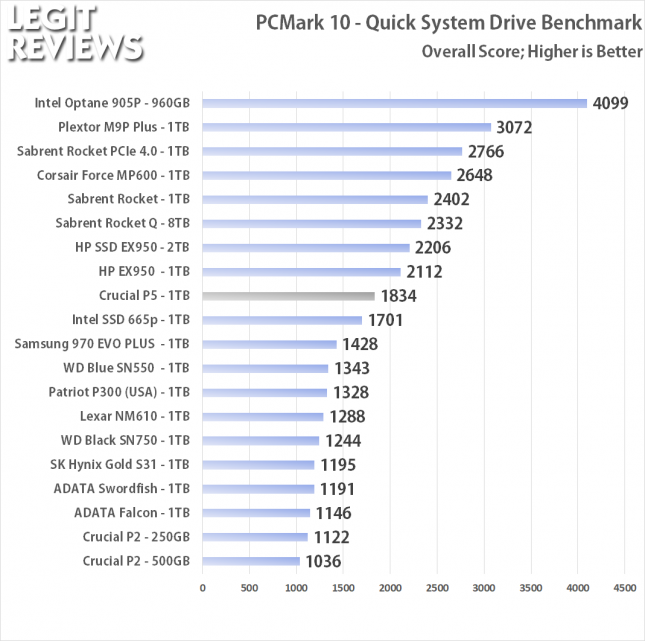 On this lighter workload the Crucial P5 1TB drive moves up a performance spot and does better than the Intel SSD 665p 1TB SSD with QLC NAND Flash. 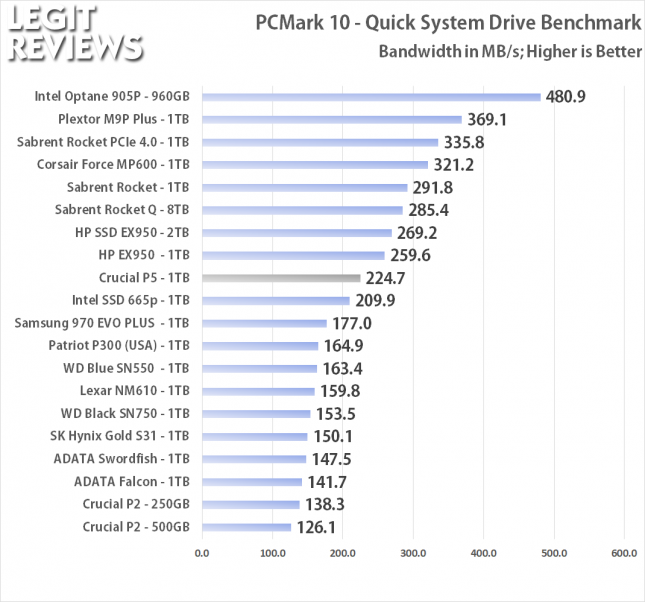 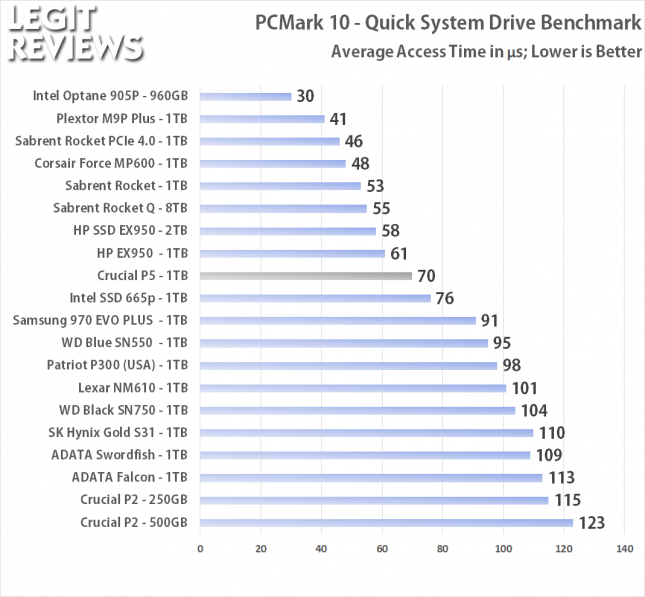 The average access time on the Crucial P5 1TB was 70 microseconds on the quick system drive benchmark workload.