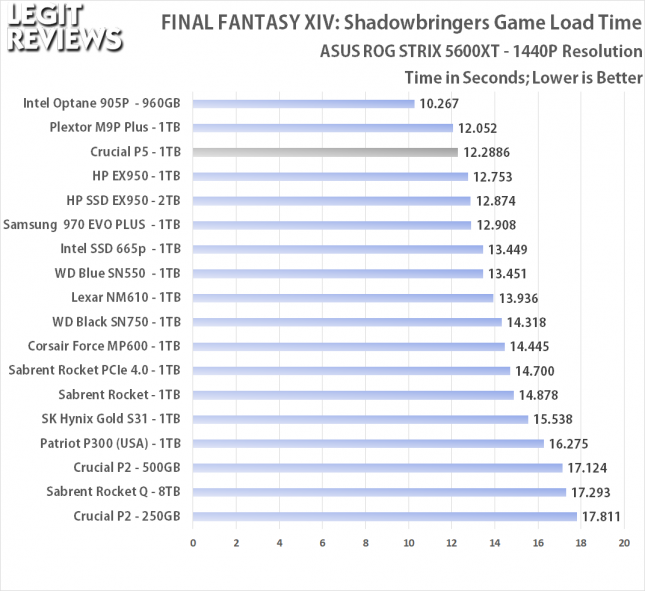 Benchmark Results: The Crucial P5 1TB M.2 NVMe SSD breezed through the game load time test and finished 3rd in the benchmark with a time of just 12.3 seconds. We ran this benchmark 5 times and averaged the results. We were very impressed with how the Crucial P5 did on this one game load test and wish more game developer would include load times with their in-game performance benchmarks. Console developers have made a huge deal about the move to NVMe storage drives for the next-gen consoles, but PCs have been able to use NVMe drives for years and yet only one game developer has a benchmark utility that shows load times.