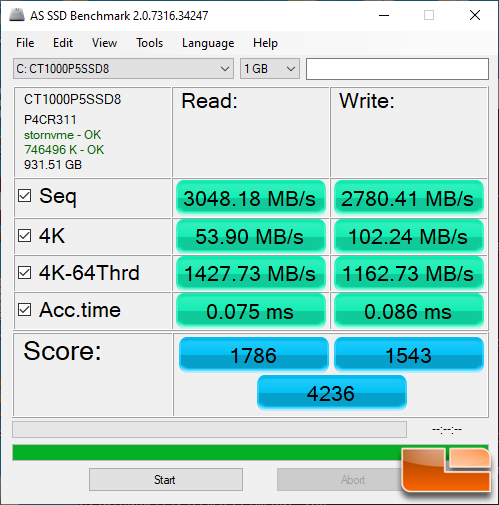 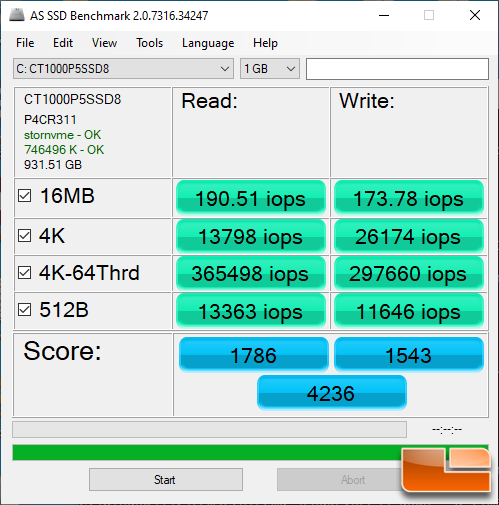 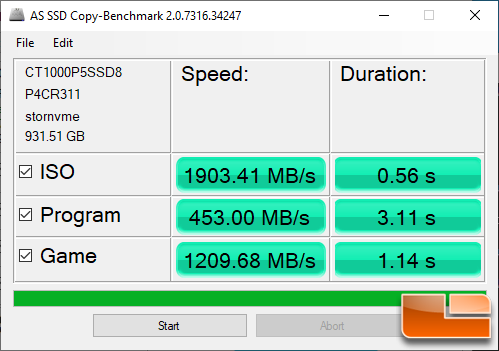 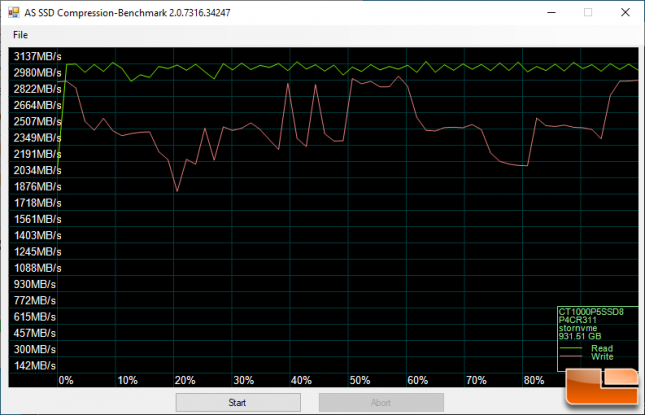 Benchmark Results: For this benchmark chart you would ideally want to see a straight line as you don’t want any compression performance loss as the test goes from 0% compressible to 100% compressible data during the benchmark test period. The Crucial P5 1TB drive gave us fairly flat performance on the the read transfers, but the write transfers gave a rather unique result as you can see from the image above. The P5 performed well at 0% and 100% compression on the write test, but between those values was all over the place.