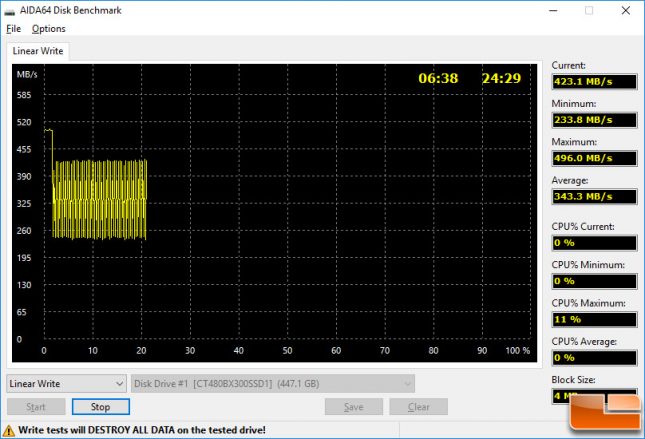 When you take a look at extended sustained write performance you’ll see that the performance falls off after 16GB of writes as that is how large the SLC cache is on this BX300 480GB drive for write acceleration. After that you see that the performance drops down to around 234 MB/s as the data is being written directly to the 3D MLC NAND with brief jumps up to around 423 MB/s. This is a very hard on we stopped the benchmark after writing 100GB of data to the drive without a break. The write speeds topped out at 496 MB/s with the lows reaching down to 234 MB/s. The average speed is right around 343.3 MB/s. 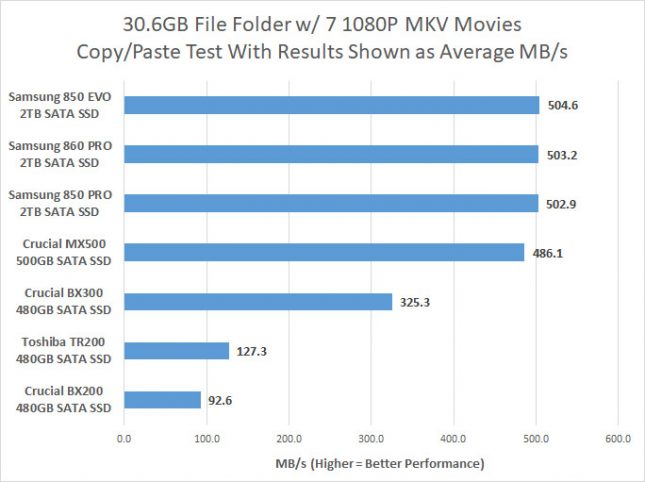