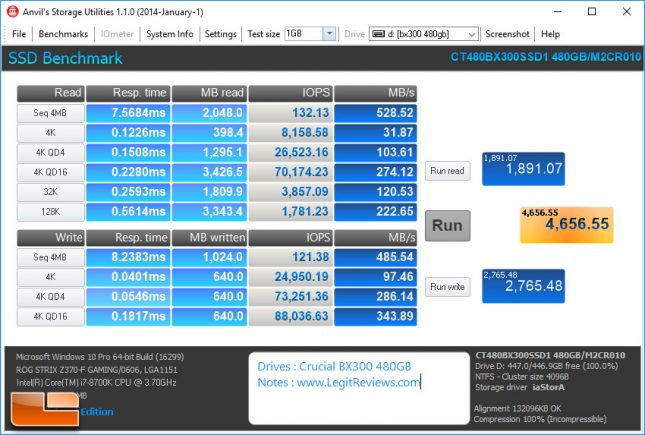 Benchmark Results: The Anvil SSD Benchmark showed that with 100% compression (incompressible data) the Crcucial BX300 3D NAND 480GB SATA drive was able to achieve a score of 4,656.55 points with 529 MB/s read and 486 MB/s write speeds when it comes to the measured sequential performance with 4MB file sizes. 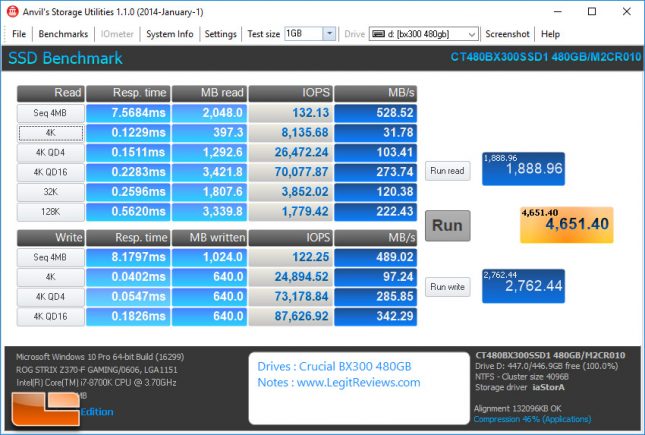 Benchmark Results: With the compression at 46% to help mimic real world applications better we found the overall score dropped slightly down to 4,651.40 points. 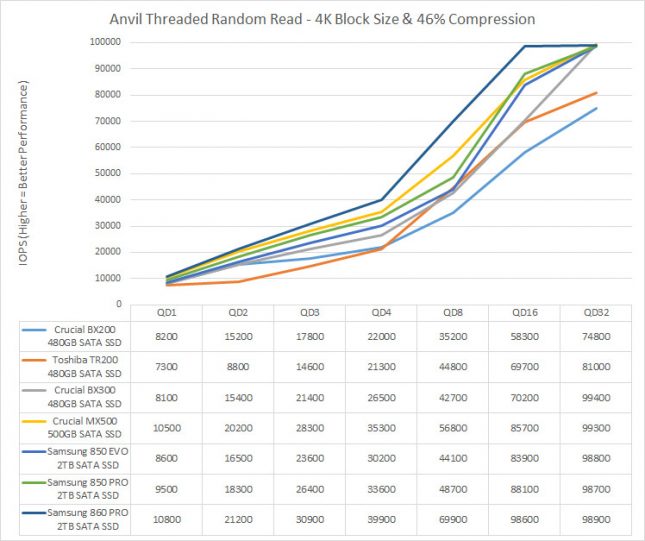 Benchmark Results: We used Anvil to check the 4K Random Read performance and found we topped out at 99,400 IOPS using the 46% compression preset that best matches typical applications. The Crucial BX300 480GB drive is rated as having a maximum 4K Random Read IOPS of up to 95K at QD32 and we surpassed that! The QD1 to QD4 performance numbers are heavily used on consumer PCs and the Crucial BX300 did pretty well at at low queue depth performance. 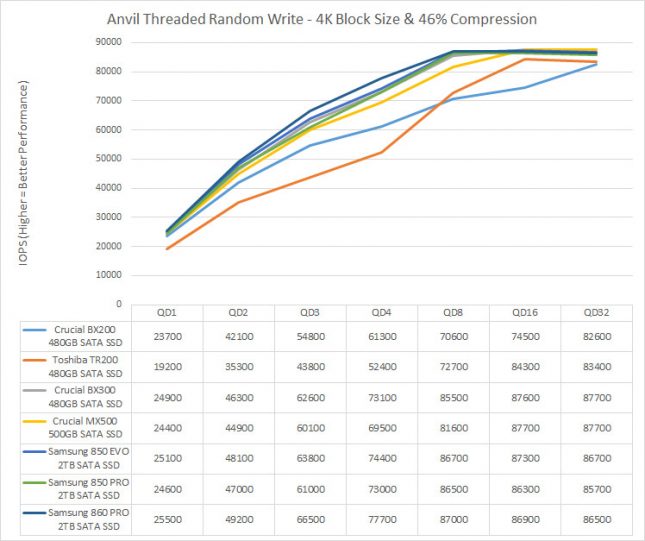 Benchmark Results: When it came to 4K Random Write performance, the Crucial BX300 480GB SSD topped out at 87,700 IOPS at QD32 and that is just below its 90K rating. The good news is that the 4K Random Write Performance is much better than the older BX200 series that the BX300 is replacing!