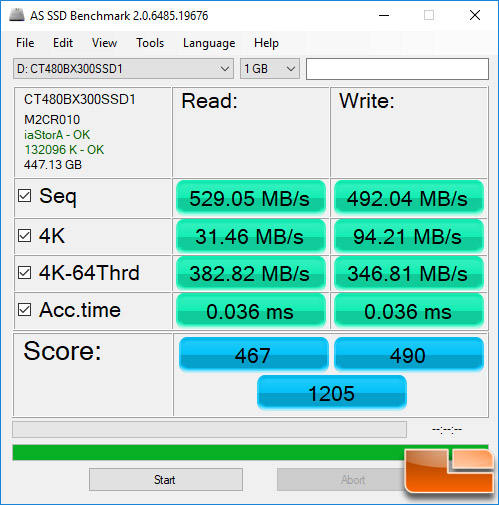 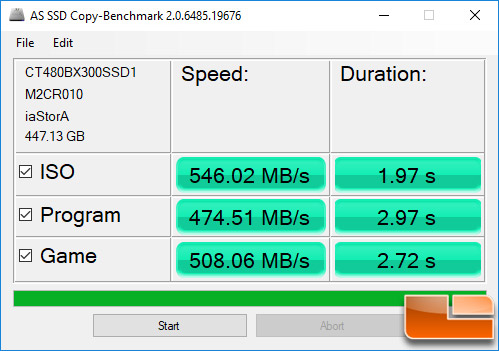 Benchmark Results: The copy benchmark test results were on par with what one expects from a SATA III SSD with speeds ranging from 475 MB/s in the program and game tests to 546 MB/s in the ISO benchmark. These are impressive results for a budget friendly SATA SSD! 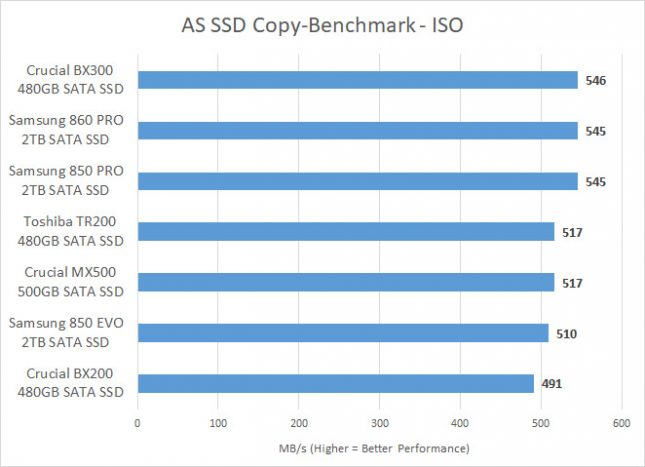 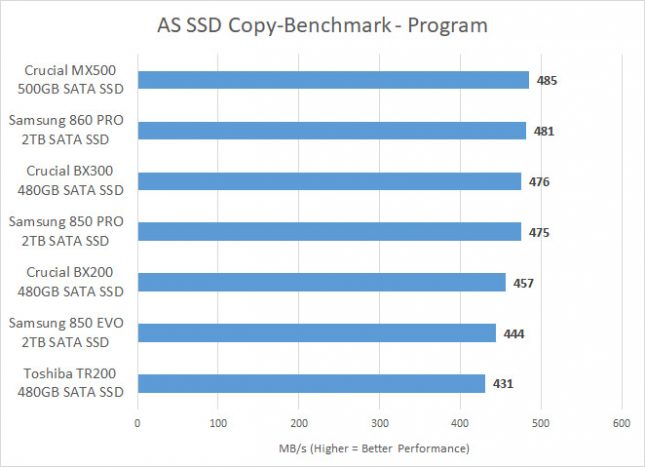 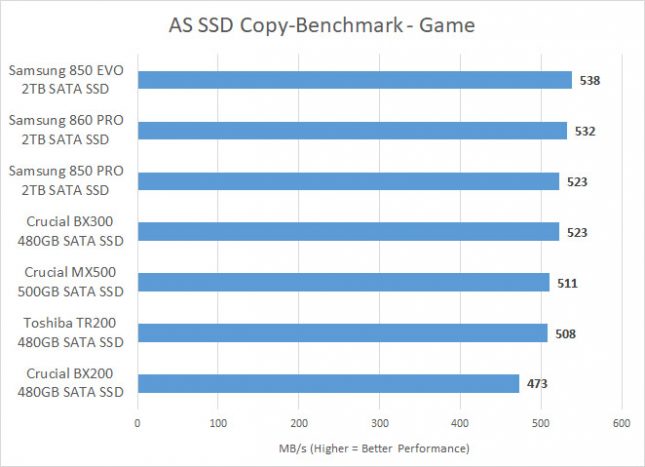 Benchmark Results: We are fans of the AS SSD copy benchmark tests, so we charted the BX300 against six other drives to see how it performs. It actually led in the ISO test cases and had a strong standing in the other two test cases. 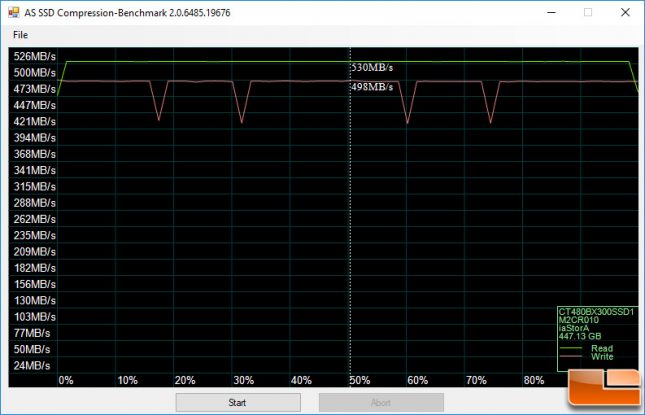 Benchmark Results: For this benchmark chart you would ideally want to see a straight line as you dont want any compression performance loss as the test goes from 0% compressible to 100% compressible data during the benchmark test period. The Crucial BX300 480GB had virtually no dips on the read side, but had a handful when it was writing.