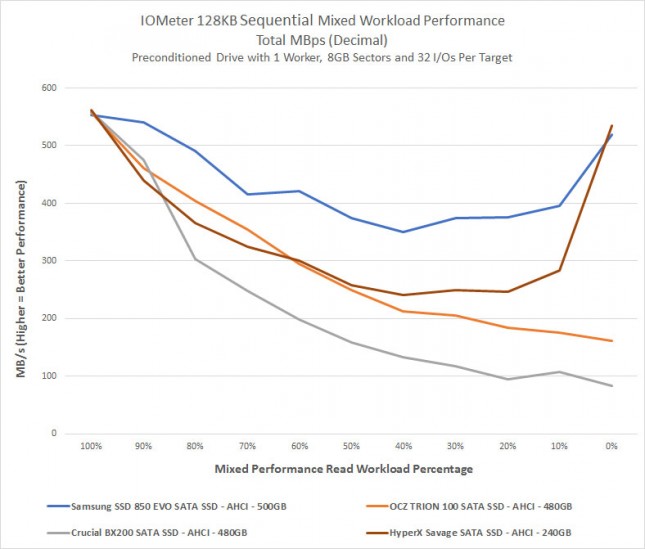 The Crucial BX200 480GB drive didn’t do too hot in the 128KB mixed workload test as the drives 6GB cache fills up when doing write operations of more than 10-11 seconds and then the write performance drops off and never recovers. We started out at 559MB/s with 100% reads and then dropped off to just 83MB/s with 100% writes to the drive. With a 50% write and 50% read mix the drive was at 159MB/s. 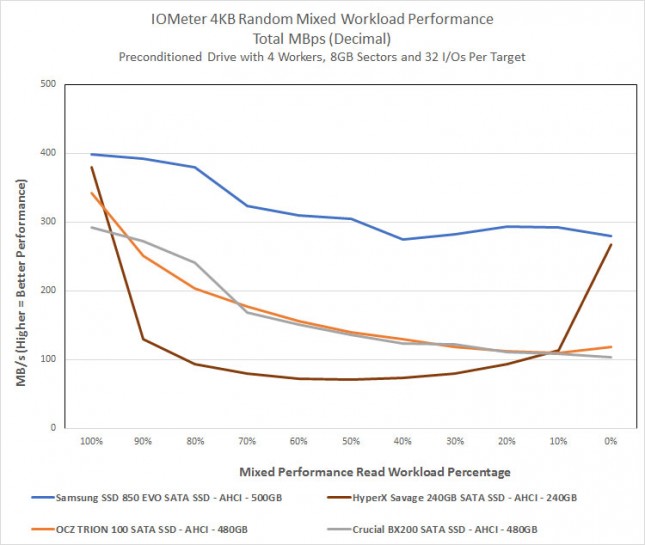 When looking at 4KB Random mixed workload performance the Crucial BX200 480GB SSD displays similar results as with the OCZ Trion 100 480GB SSD and this makes perfect sense as both or TLC drives with SLC cache that take a performance hit when the cache fills.