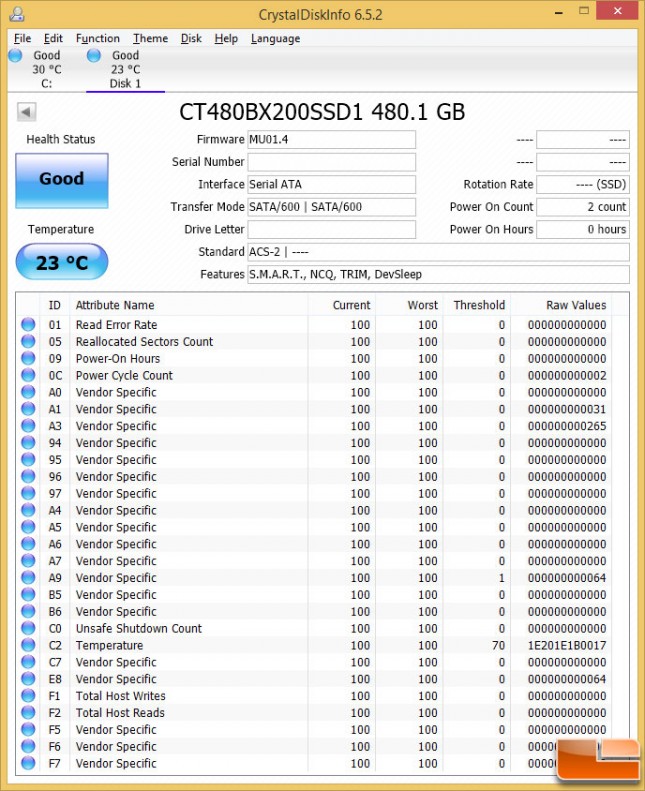 Here is a quick look at CrystalDiskInfo and the S.M.A.R.T. data for our brand new BX200 480GB SSD that we will be testing today. Notice that it is using Firmware Version MU01.4. 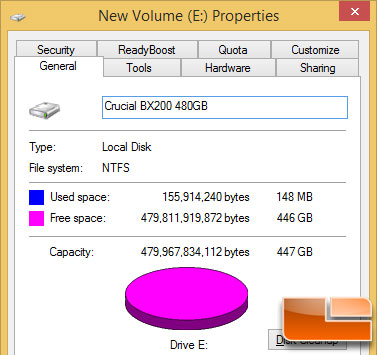 The overall capacity of the Crucial BX200 480GB drive shows up as 447 GB in Windows.