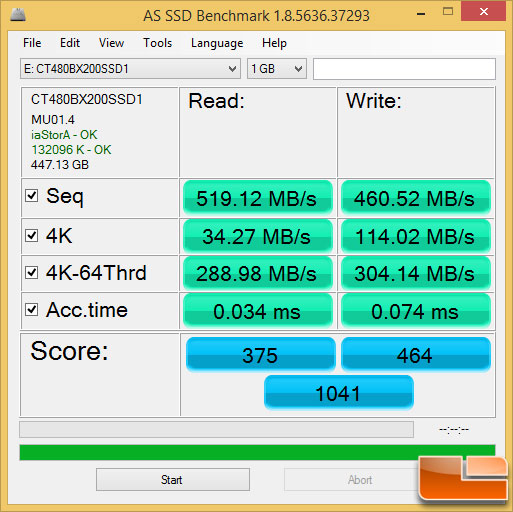 Benchmark Results: AS SSD showed the Crucial BX200 480GB  SSD was able to reach 520 MB/s read and 461 MB/s write in the sequential benchmark with the overall score being 1,041 points. 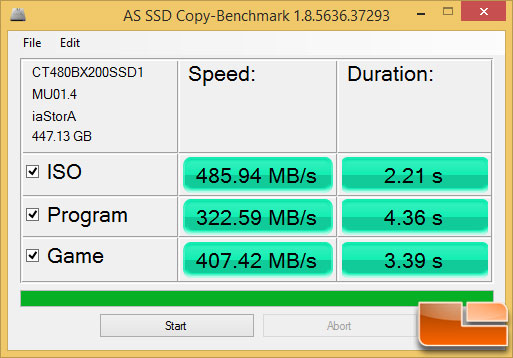 Benchmark Results: The copy benchmark test results were amazing with around 486 MB/s for the ISO test, 323 MB/s for the Program test and finally 407 MB/s for the Game test. 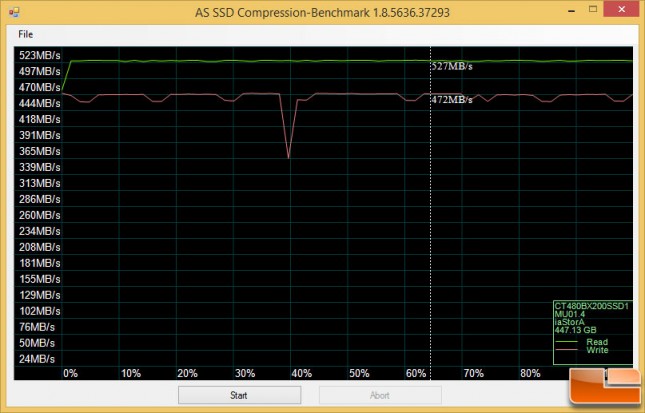 Benchmark Results: For this benchmark chart you would ideally want to see a straight line as you don’t want any compression performance loss as the test goes from 0% compressible to 100% compressible data during the benchmark test period. Performance on the Samsung SSD 950 Pro 512 GB drive was pretty flat on the read test at 2239 MB/s, but the write test jumped around between 1250 MB/s and 1521 MB/s. as you can see from the screen shot above.