We are continuing to use the new PCMark 7 software since they have updated it to version 7 which is specifcially designed for Windows 7. It measures the performance of the latest PC hardware across a variety of common scenarios. PCMark Vantage 7 supports both system level and component level benchmarking and comprises several different test suites but for the purposes of this review, we employed the secondary storage suite. The nice thing about it is that you can submit your scores online and compare against others. 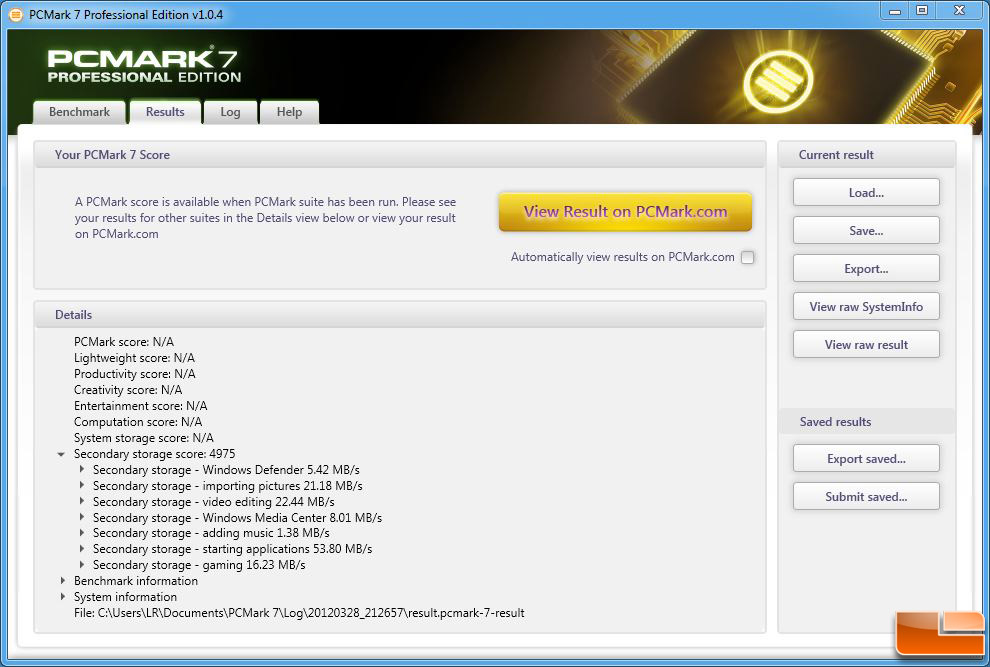 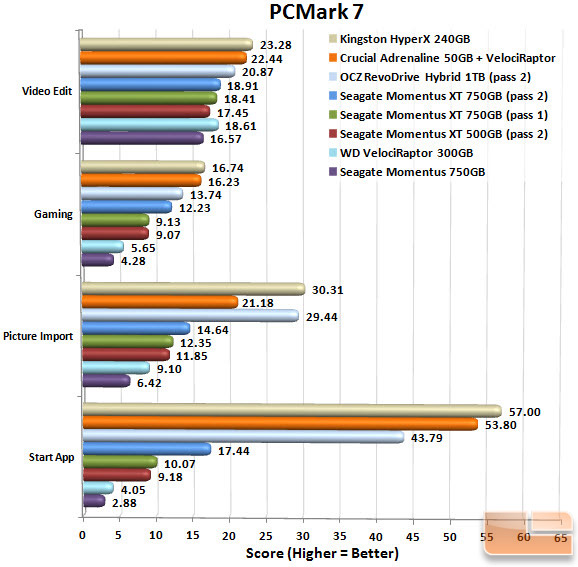 Benchmark Results: The scores for the Crucial Adrenaline m4 50GB in cache mode with the VelociRaptor put up very good scores here, second only to the pure HyperX SSD from Kingston. 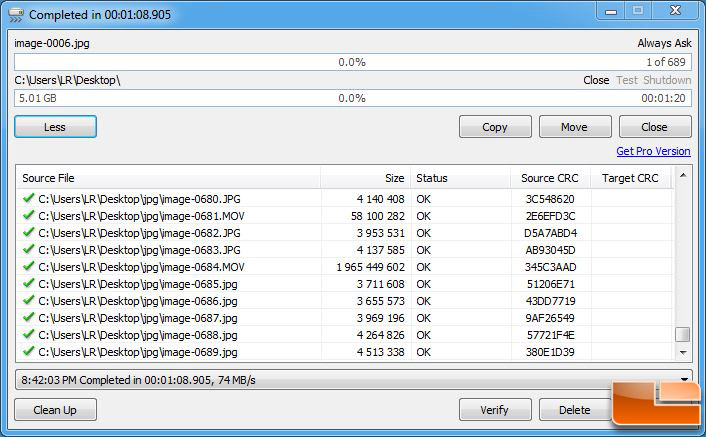 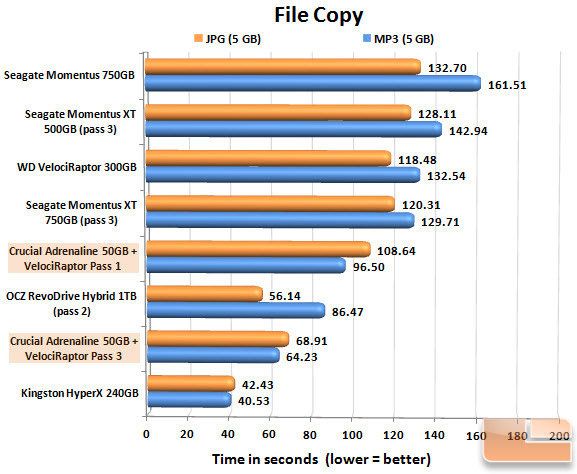 Install Results: This was one test where multiple iterations of the test yielded better results although any gains ceased after the third run. The final times are very good – better than any other hybrid solution other than the RevoDrive Hybrid. 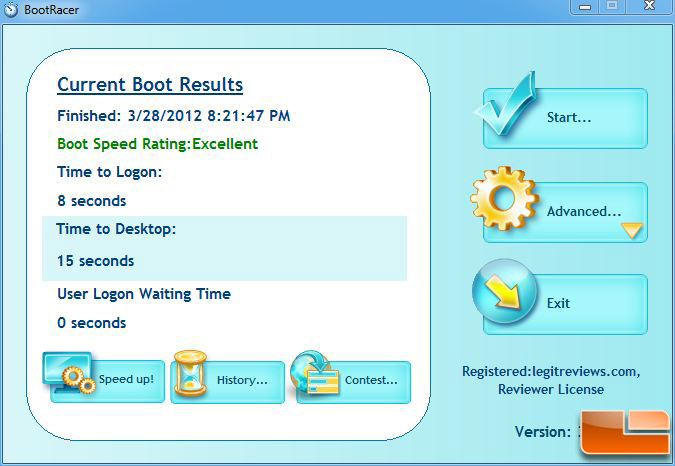 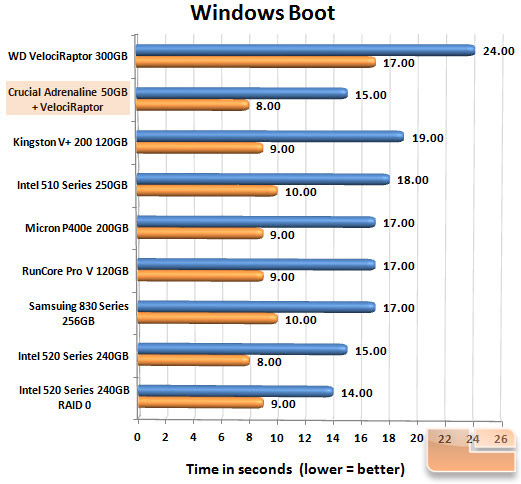 Test Results: The very first boot measure with the Crucial Adrenaline was 17 seconds to logon and 24 seconds to desktop (the same as the bare VelociRaptor drive) . After the third boot, it dropped considerably to 15 and 8 respectively.