Most people can’t afford a large capacity SSD, so SSD cache drives have gained popularity as of late. The purpose of a cache drive, for those not aware, is to literally cache frequently used data on the SSD sans user intervention while having the OS and applications stored on a larger and more cost effective spinning platter drive. This speeds up read operations to mimic the user experience of using an SSD for the OS drive for many activities. Crucial has released a new cache drive based off the of the successful m4 drives and they have aptly named it Adrenaline. We were sent a unit to compare to other hybrid/cache solutions we’ve tested in the past. 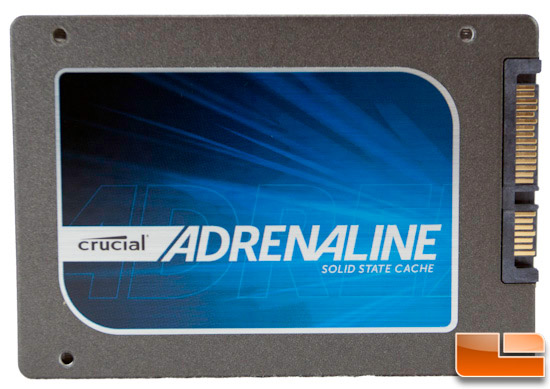 All of the caching activity is the work of Dataplex software. If this sounds familiar, it’s probably because we talked about it when we had a look at the RevoDrive Hybrid drive that leveraged a version of that software. It uses complex algorithms to determine which data is the most frequently access (i.e. boot files) and mirrors them on the SSD so that accessing that data loads much faster. The beauty in this is twofold. First, the installation can happen on an existing instance of an OS so no need to re-image, or do a fresh install of the OS to implement. Second, once installed, no further action is required by the user to maintain the configuration or performance. It’s a set it and forget it upgrade. This 50GB version can be found inline for right around $100 and though they don’t officially list the read/write specs, it should be very close to that of the 64GB version of the m4 drive which is 500MB/s reads and 95MB/s writes and up to 45,000 IOPS reads and up to 20,000 IOPS writes. 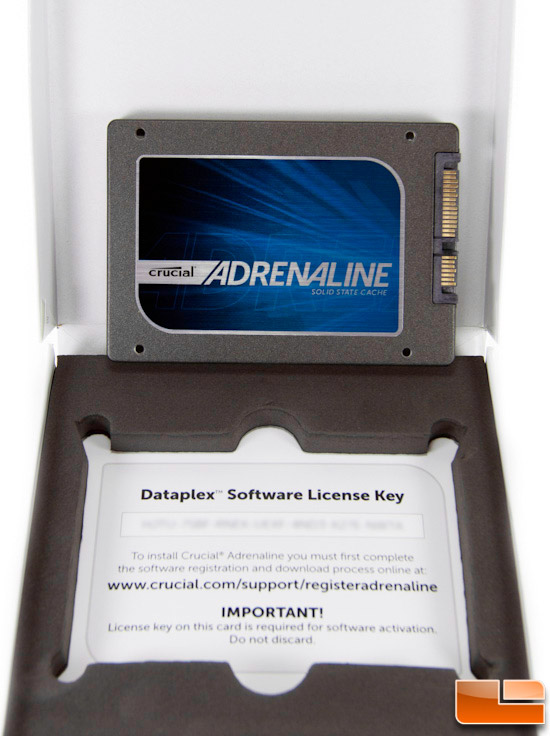 The drive comes with a few extras to help you get up and running without hassle. First is the all important Dataplex software that you need to download at the link provided within the box. You’ll need the supplied license key to be able to download the software but the whole process is quick and painless. 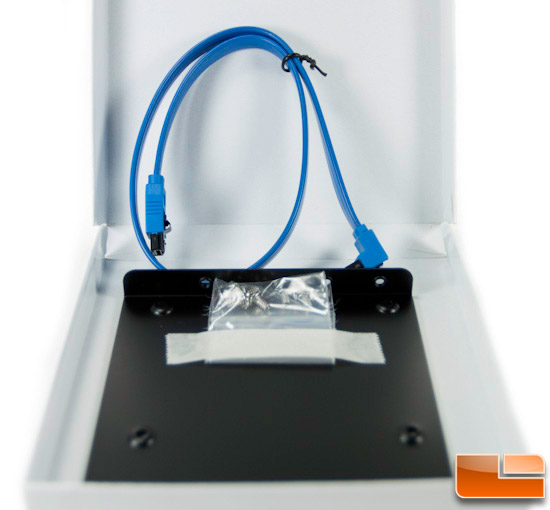 Also included is a 2.5″ to 3.5″ adapter plate complete with screws and a SATA data cable in blue that matches the drive nicely for those who are conscious about aesthetics.

Crucial has put together a nice video tutorial to help you do the setup although most users could handle it without  instruction. for good measure, we also walk through the software installation in the test system page of this article. Let’s have a peek under the hood.