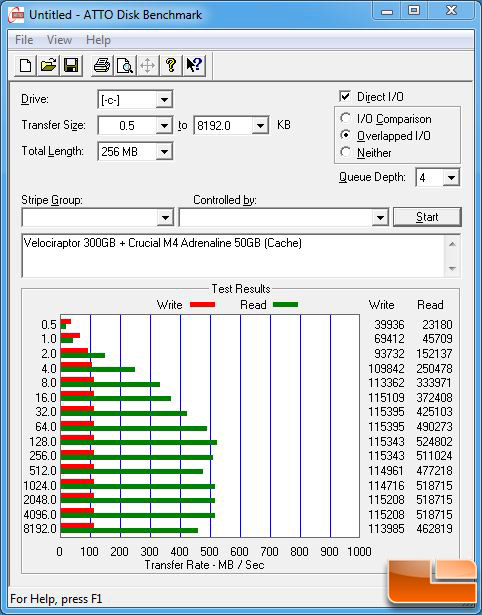 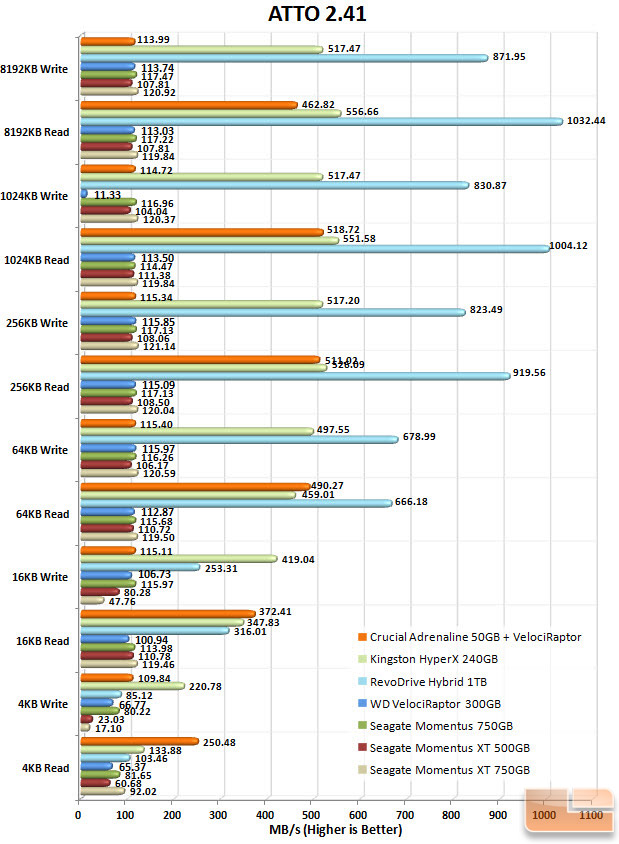 Benchmark Results: The performance of the Crucial Adrenaline cache drive combined with a WD VelociRaptor didn’t score any better or worse in multiple iterations of the benchmark. Overall, it performed better on this benchmark than the Seagate hybrid drives and even kept pace with the Kingston HyperX raw SSD. 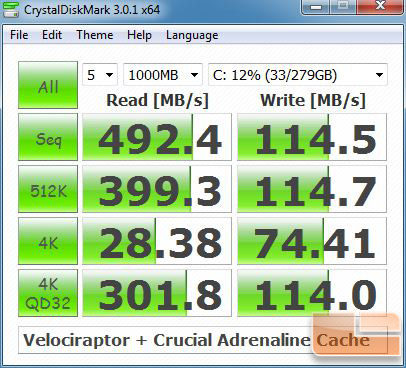 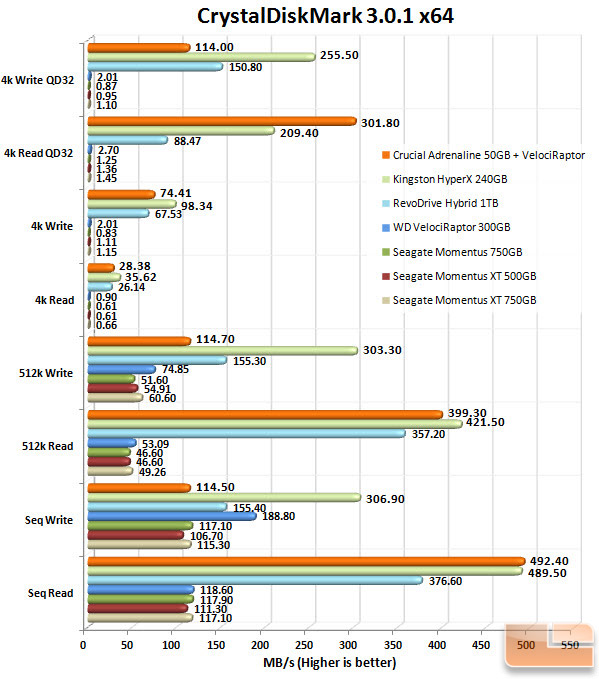 Benchmark Results: Again, multiple runs yielded similar scores and overall those scores were also higher than that of the hybrid Seagate drives and rivaled the HyperX drive in many instances.