The Voyager Air 2 is capable of hooking up to your Android or iOS device, thanks to the VoyagerAir app, plus it can connect to your computer either via wireless or USB. You do have to note that when you connect the device directly to your computer, WiFi capabilities cease to function. This means that you will not be able to charge via USB and share your media with other devices at the same time.

Should you have a DLNA compliant device, such as a smart TV, game console, BD player, etc., you will find that you can stream media to these devices out of the box. The original Voyager Air had this functionality as well, but only a short while after the device was released and via a firmware upgrade.

The first thing that I would like to point out, is the fact that the disk inside is a Toshiba MQ01ABD100 5400RPM 2.5-inch drive. You can find this same barebones drive for $64.24 on Amazon. 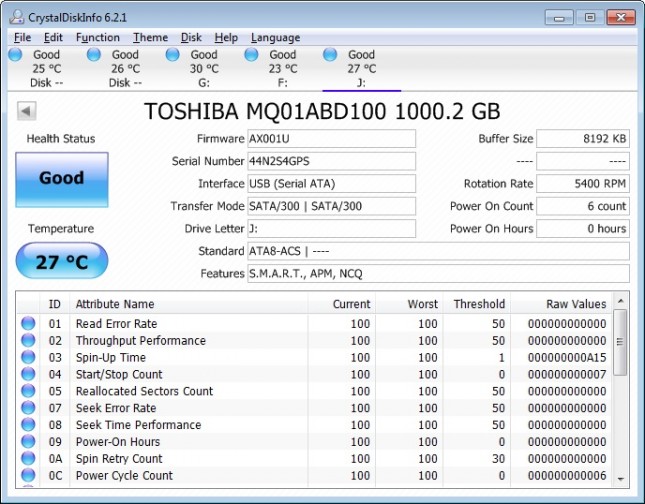 Starting off with the tests, I wanted to verify that the read/write speeds were close to or identical to the original Voyager Air, so I opened up ATTO Benchmark and got the results. For record, the former drive had speeds listed of 120MB/s read and 119MB/s write, while this drive had no specifications listed. 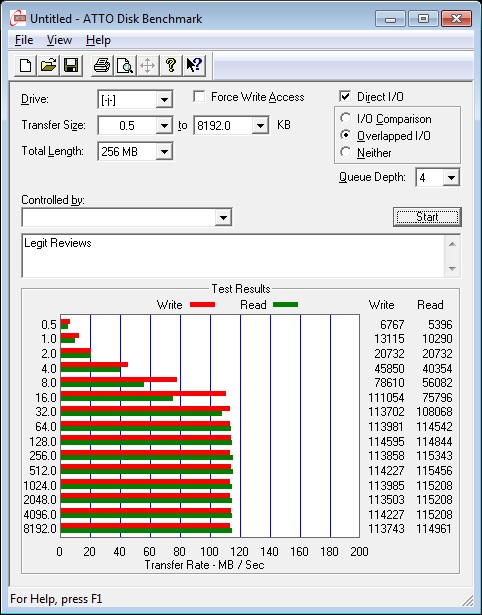 Results: As you can see, we’re pretty close, with approximately 114MB/s write and 115MB/s read, which is right on par with what I saw with the original Voyager Air.

Like the former drive, the Voyager Air 2 drive also has a 6,200 mAh battery, which should provide you roughly 7 hours of streaming HD content. For the record, Corsair only lists 720p streaming, so I had to check out 1080p streaming once again.

I ran a 720p video loop test on my tablet, cell phone, and laptop, and got 7 hours and 35 minutes of playback time out of the drive. This is above what I expected out of the drive, being that it’s rated for up to 7 hours of playback, so I’m quite happy.

Testing a 1080p video did actually work and I was able to stream to the same three devices without issue. I saw a run time of 5 hours 30 minutes, which is quite a bit different from 720p streaming, and it is rather disappointing. Don’t get me wrong, 5-1/2 hours of 1080p streaming from a hard drive isn’t horrible, but it could be better.

Corsair claims that you can get 90 feet of range out of the Voyager Air 2, so I put that to the test. I set the drive on the mantle above my fireplace and started walking to the other end of my house. I started (and stopped) playing a video at different intervals, and watched where it would just buffer or not really respond well. I found that I was able to get 55 feet away with very little buffering time, and at about 70 feet it took a bit to buffer, but it played just fine. This did involve going through a couple walls, including an exterior wall for the 70 foot test, since I was forced to go outside to test distance further. This drive just seemed to function a little bit better than the original Voyager Air. I feel that this should be more than sufficient range for you!

I’ve tested several devices that have passthru capabilities and found that some absolutely destroy your internet throughput, while others work just fine. I do expect some loss, but not a ton from a drive of this caliber. I set my Voyager Air 2 three feet away from my wireless router and stood another three feet away from it. I then ran a speedtest via the speedtest.net app. 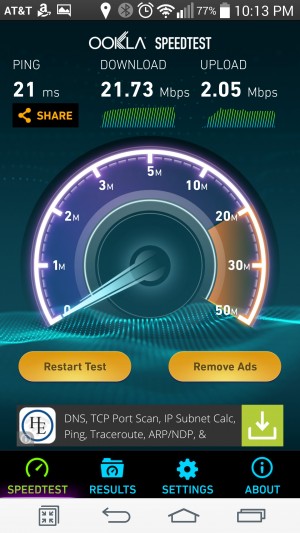 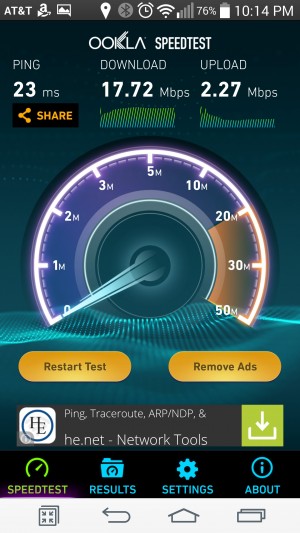 Results: As expected, I did lose a little bit of speed, roughly a 19.5% loss, but I’m happy to see it didn’t take a giant hit like some devices cause.

This concludes the testing of Corsair’s Voyager Air 2. Let’s get in any final thoughts and wrap up this review on the next page.