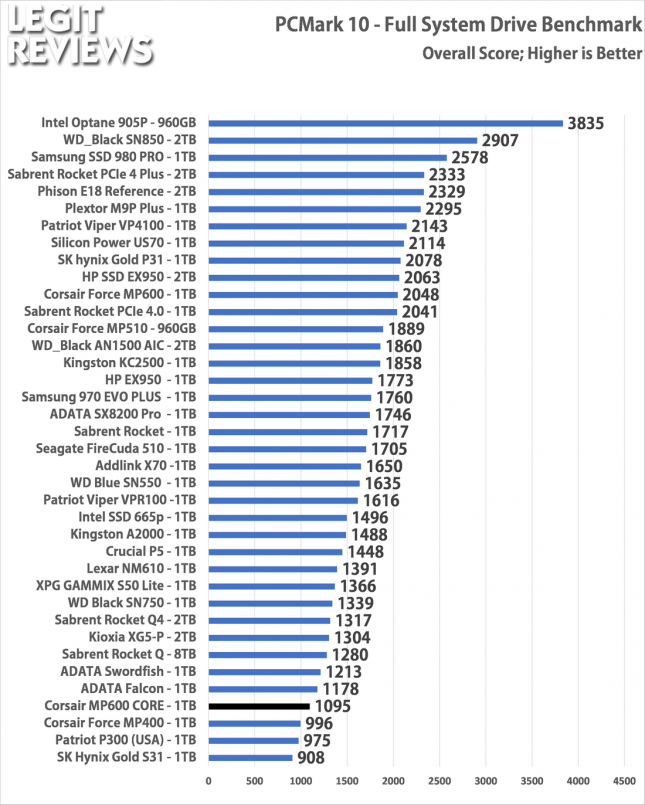 On the full system drive benchmark the results had the Corsair MP600 CORE 1TB scoring 1,095 points. Not the best score by any means, but keep in mind this is the full system drive benchmark that writes over 200GB of data to the drive over the course of the test. The MP600 CORE is a QLC drive, so we didn’t expect it to do really well on this workload. That said, this workload is considered to be real-world and is one of the most used benchmark by storage editors. 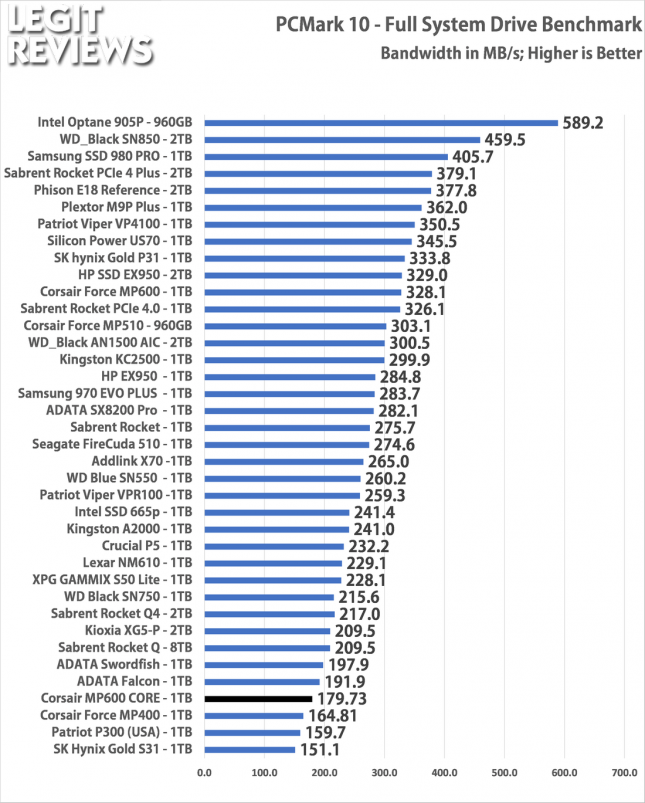 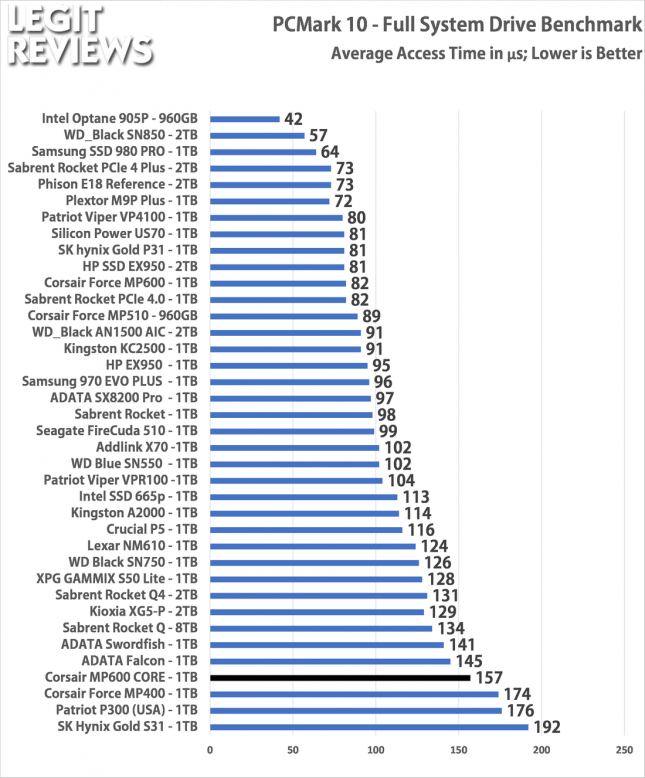 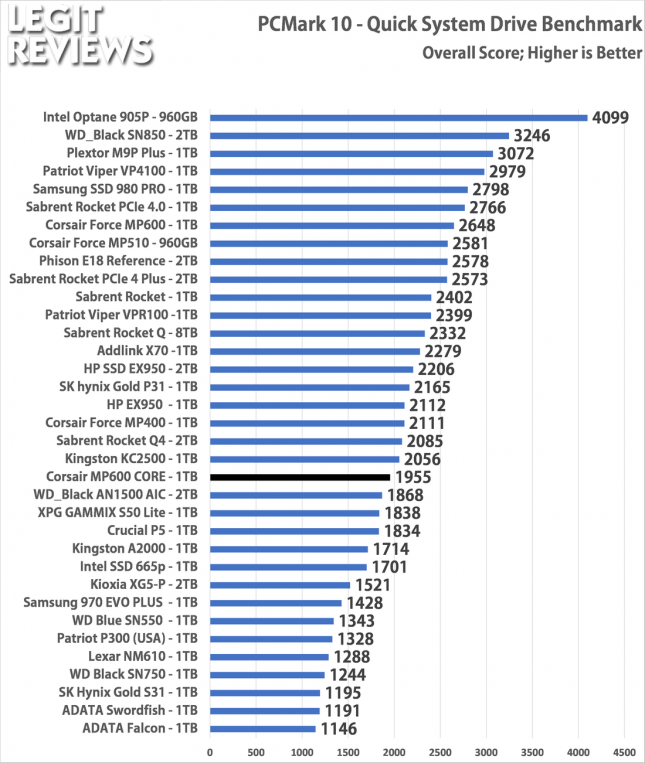 On this lighter workload the Corasir MP600 CORE 1TB drive did much better and finished in the middle of the pack with a score of 1955 points. This benchmark only writes 23GB of data to the drive over the course of the test, so it is much lighter. QLC is great for entry-level and mainstream use with simple tasks as you can see from the results in PCMark 10. 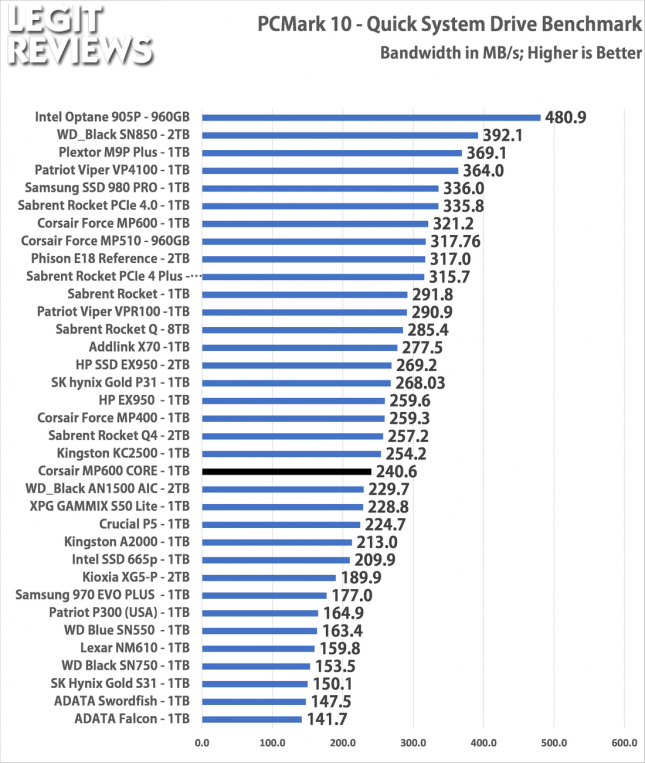 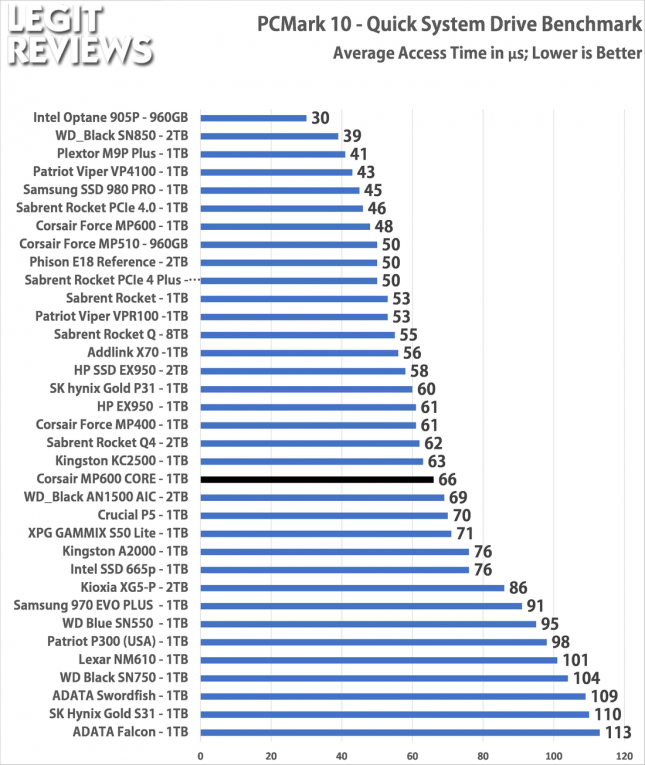 The average access time on the MP600 CORE 1TB SSD was 66 microseconds for the quick system drive benchmark workload.