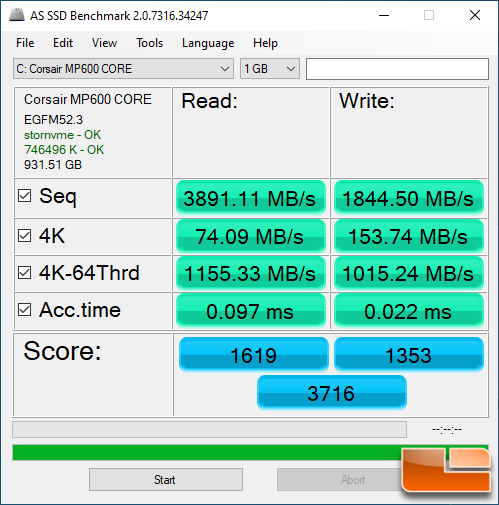 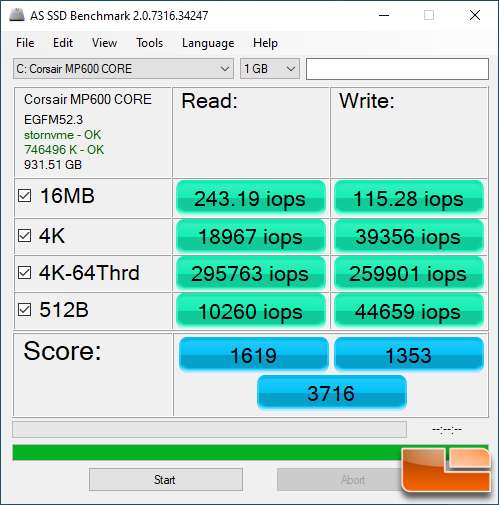 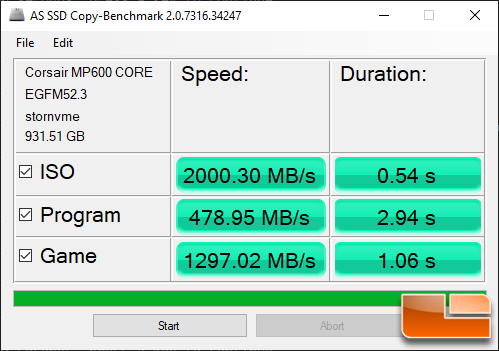 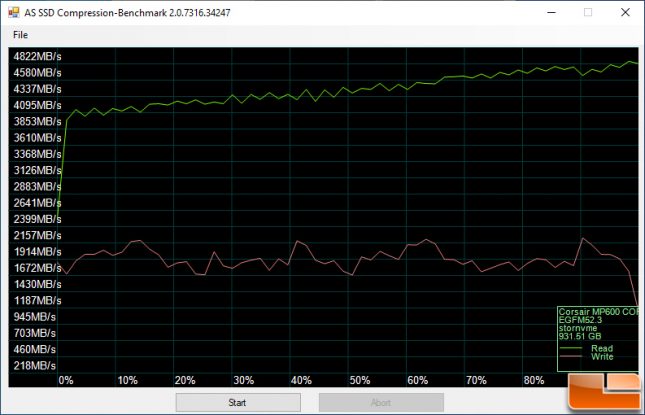 Benchmark Results: For this benchmark chart you would ideally want to see a straight line as you don’t want any compression performance loss as the test goes from 0% compressible to 100% compressible data during the benchmark test period. Performance seems to gets better as the level of compression increases on the Corsair MP600 CORE 1TB. The write test scores bounced around a bit and dipped at the very end.