Today, we are taking a look at the Corsair MP600 CORE 1TB NVMe SSD that was introduced at the end of January 2021. This M.2 2280 PCIe Gen 4 NVMe drive series is aimed at the value and mainstream storage market. It uses the Phison PS5016-E16 8-channel controller that has been paired with Micron 96-Layer QLC NAND Flash. All the MP600 CORE drives have a dedicated DRAM cache. This combination of components allows the MP600 CORE series to reach speeds of up to 4950 MB/s! 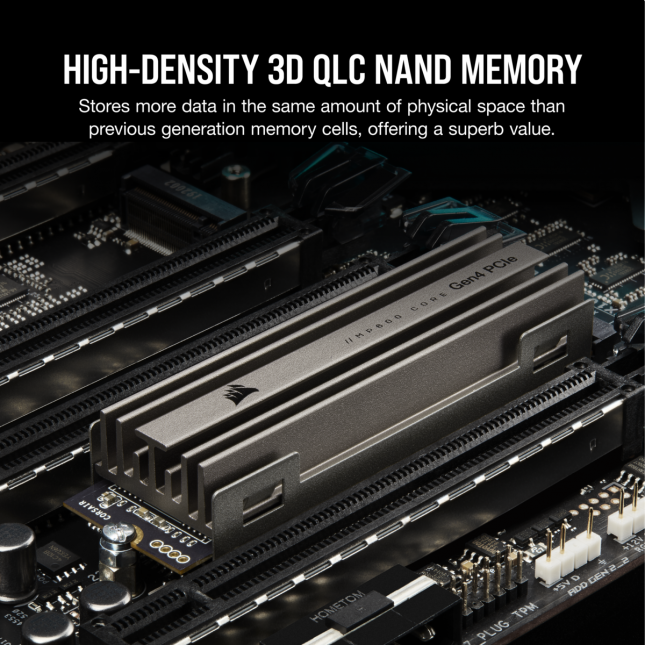 Performance is extremely important to our readers and it varies greatly between the different capacities available for the MP600 series. Right now the MP600 CORE is available in 1TB, 2TB and 4TB capacities. The MP600 CORE 1TB is capable of reaching 4.70 GB/s read and 1.95 GB/s write whereas the 4TB model reaches 4.95 GB/s read and 3.95 GB/s write. These numbers are impressive for a QLC based drive, but there is a big performance difference between models.

QLC NAND Flash and endurance are a concern to some, but Corsair went with a standard 5-year warranty on this series. The endurance rating is 225 TBW for every 1TB of storage space. This means you can write 123 GB of data to the drive every single day for five years and be just under the drives endurance rating. 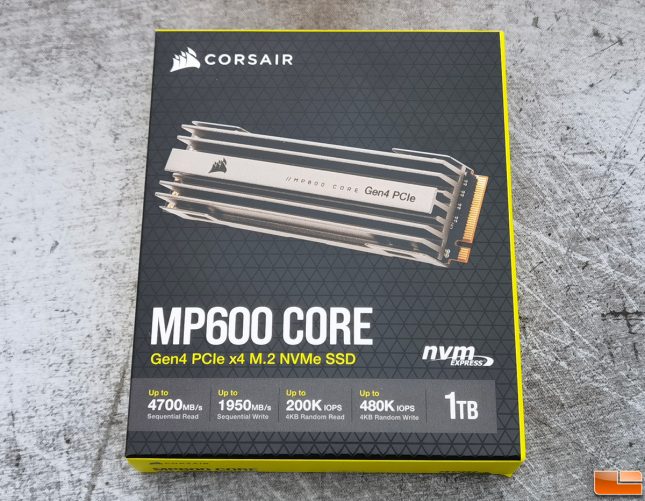 Corsair sent Legit Reviews the MP600 CORE 1TB version for us to check out our AMD Ryzen X570 platform! This is the lowest priced drive in the series and also the one with the lowest performance. The part number on our test unit was CSSD-F1000GBMP600COR. 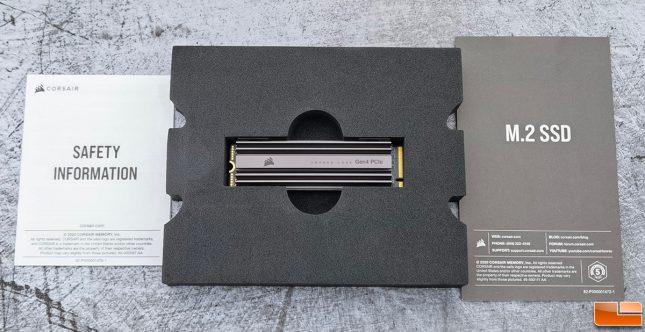 The Corsair MP600 CORE Gen4 PCIe SSD looks great as it comes equipped with a beefy gun metal gray heatsink. Not all drives come with a factory-installed heatsink!

On the back of the drive you’ll find the enclosure flat so it fits properly in pretty much any M.2 slot. The only other thing on the back of interest if the label. 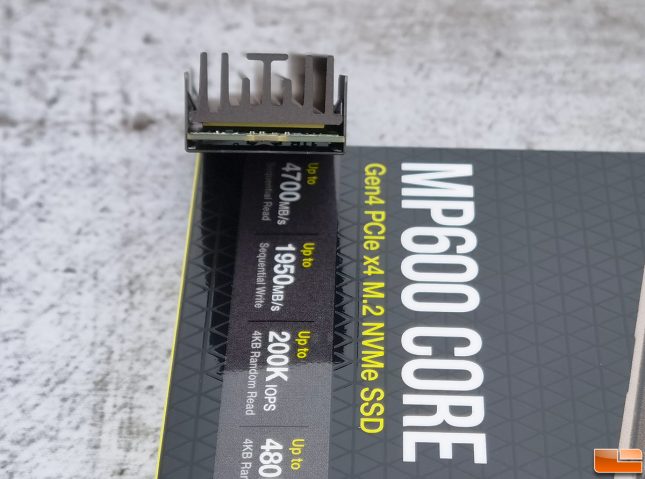 Looking at the end of the heatsink you can see that it has seven rows of cooling fins. One thing missing from this heatsink are screws. Corsair went with a tool-less design for this two piece heatsink and it is just held together with a clips. You can easily unclip one side and remove drive from the heatsink. 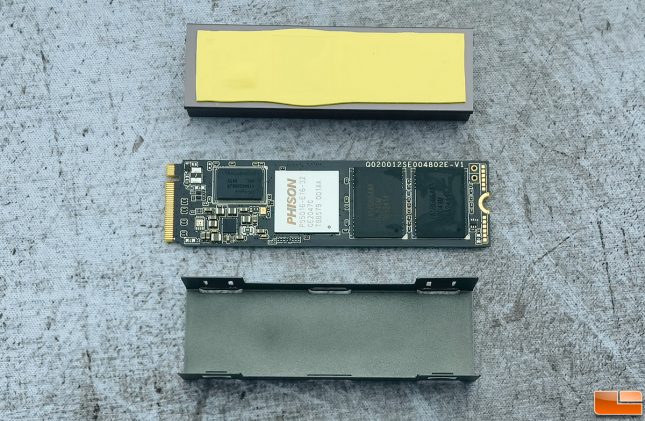 Once you carefully remove everything you can see the M.2 SSD itself! Notice that Corsair did use a full length thermal pad on their heatsink to help transfer heat from the drive to the aluminum heatsink! 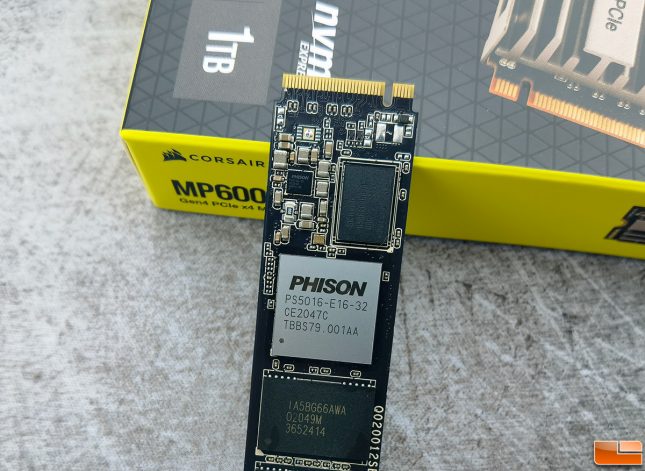 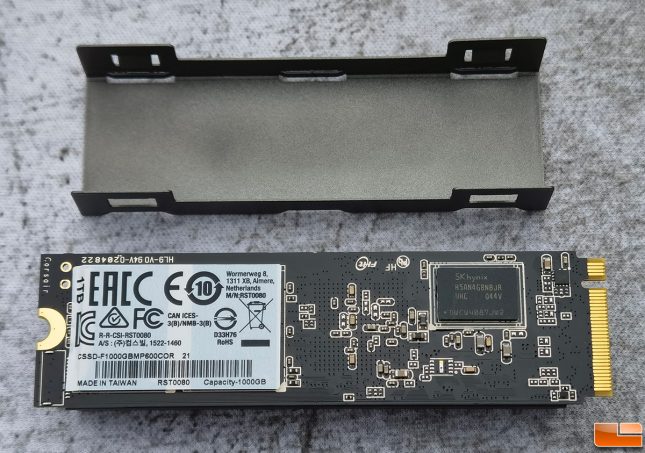 On the back of the drive you have two of the four Micron 96L QLC NAND Flash chips and one of the two SKhynix DRAM Cache chips. 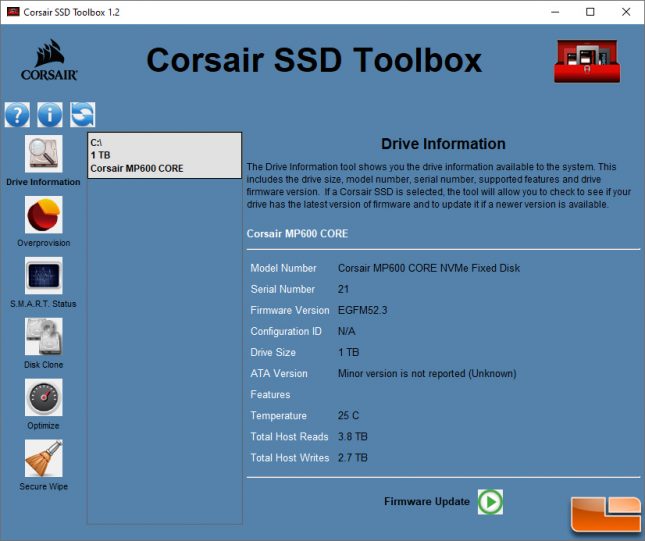 Corsair SSD Toolbox 1.2 software supports the Corsair MP600 CORE series and is free. This drive management tool might need a visual update, but it is functional and nice to have around.

Let’s take a look at the test system and then see how the MP600 CORE performed.