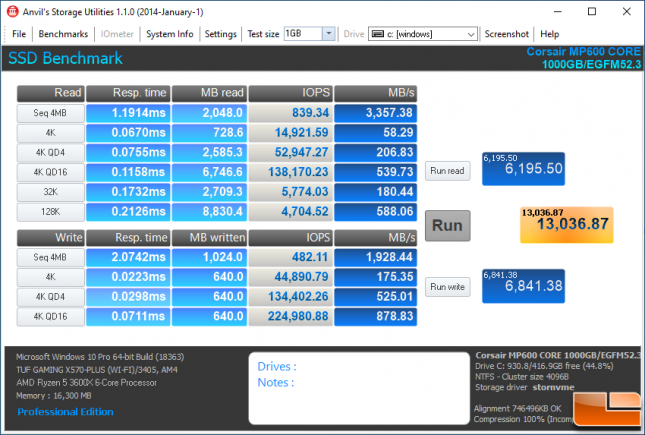 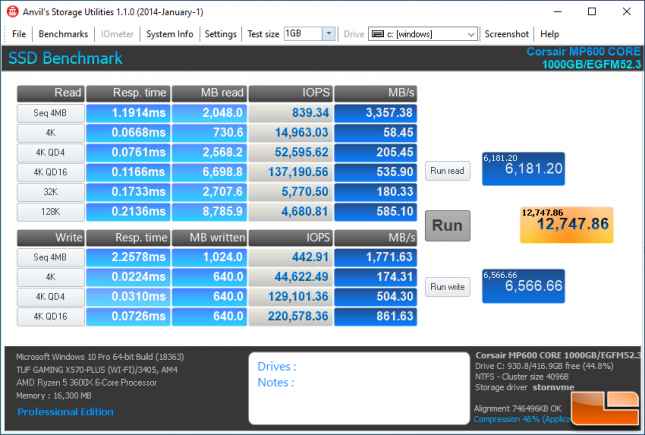 Benchmark Results: With only 46% compression the score decreased down slightly to 12,747.86 points on the Corsair MP600 CORE 1TB NVMe SSD. 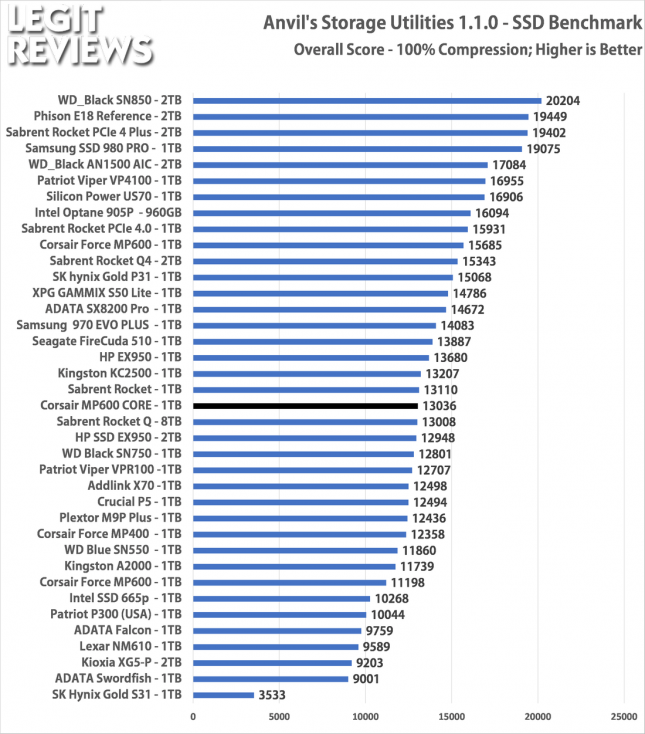 That score puts this drive in the middle of the pack with similar drives like the Sabrent Rocket Q that also uses the Phison E16 controller and QLC NAND Flash memory.