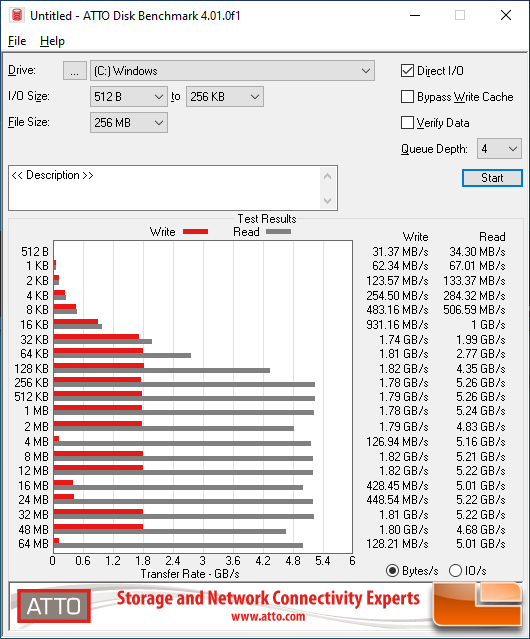 Benchmark Results: On ATTO Disk Benchmark the Corsair MP600 CORE 1TB model is hit speeds of up 5.26 GB/s read and 1.82 GB/s write as our primary boot drive filled to 55% capacity. There were some low speeds observed on the write side that were likely due to garbage collection or other wear leveling operations taking place during the test. With the drive empty we didn’t notice any performance dips like this and it only happened when it was being used as the primary drive. 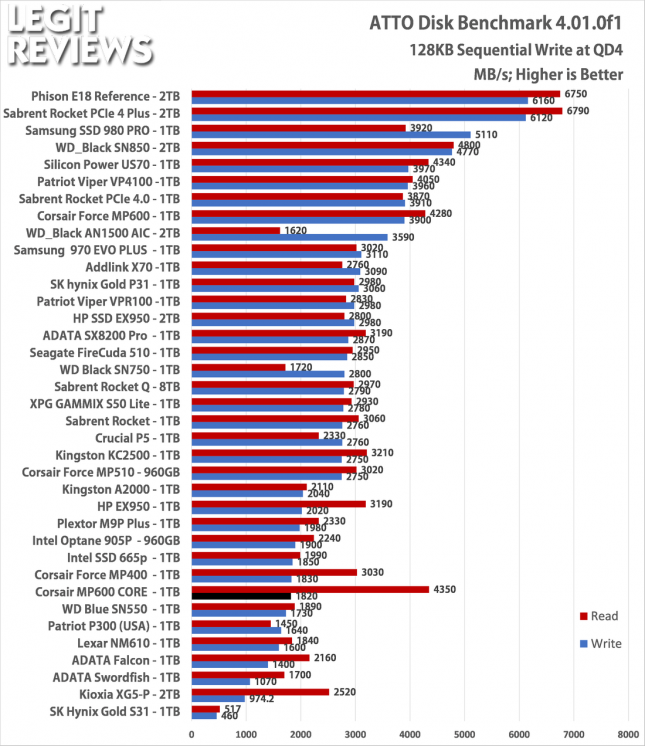 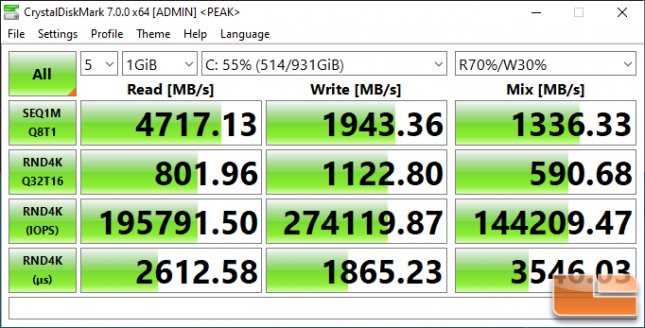 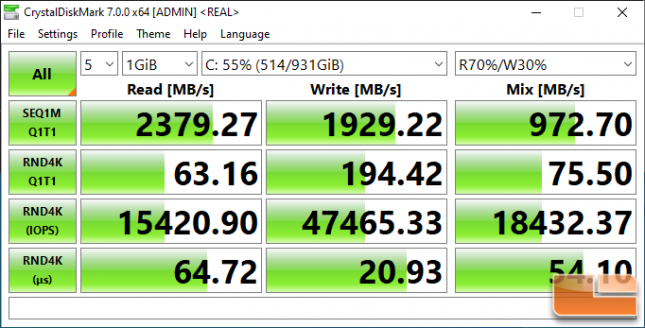