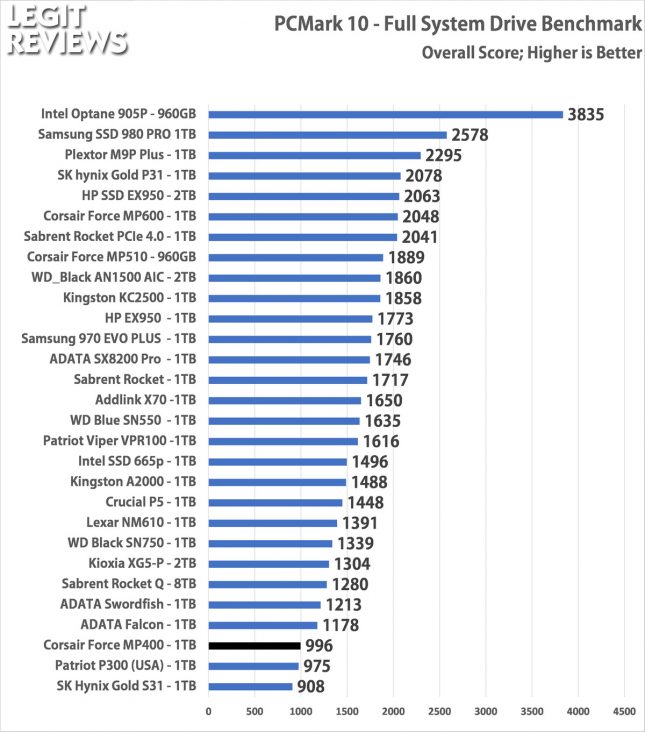 On the full system drive benchmark the results had the Corsair MP400 1TB SSD finishing with an overall score of 998 points. This is pretty underwhelming and is the second slowed NVMe SSD result of all that we have tested. 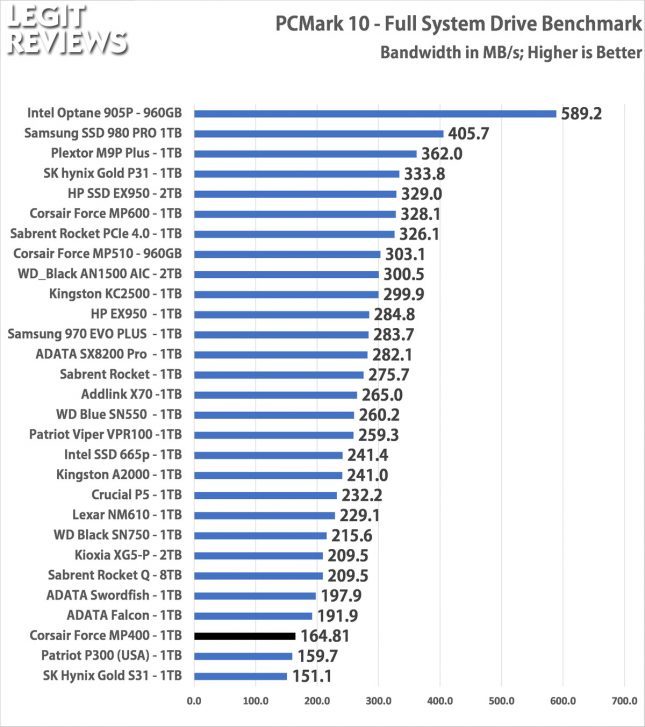 The PCMark 10 Storage Benchmarks overall score is calculated from the bandwidth and average access time sub-scores. The bandwidth subtest is defined by UL in PCMark 10 as bandwidth = bytes / busy_time_for_read_and_write. Here the Corsair MP400 NVMe SSD averaged 164.8 MB/s on the 1TB drive. 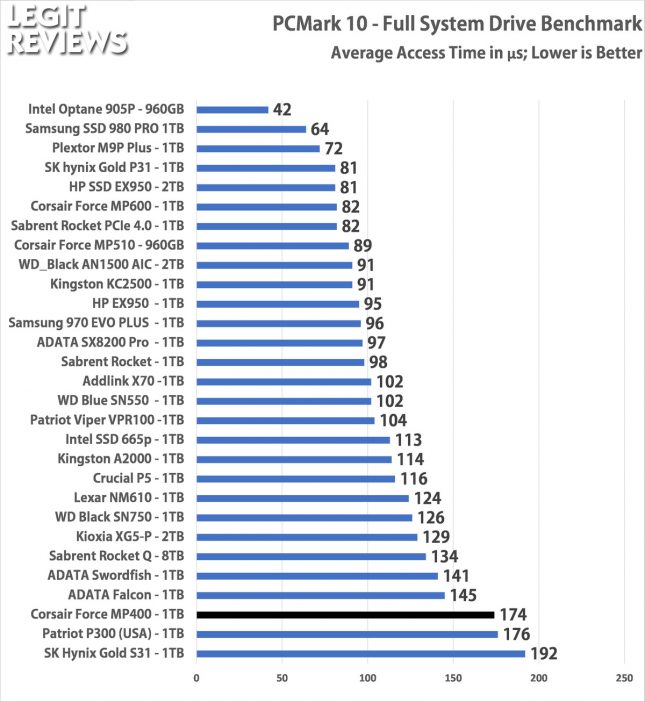 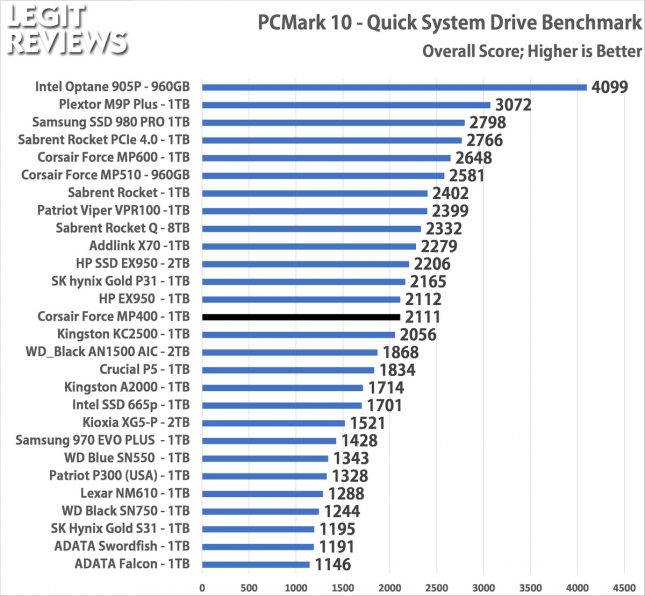 On this lighter workload the Corsair MP400 1TB drive did much better and finished in the middle of the pack with a score of 2,111 points. This drive is much better with lighter tasks! 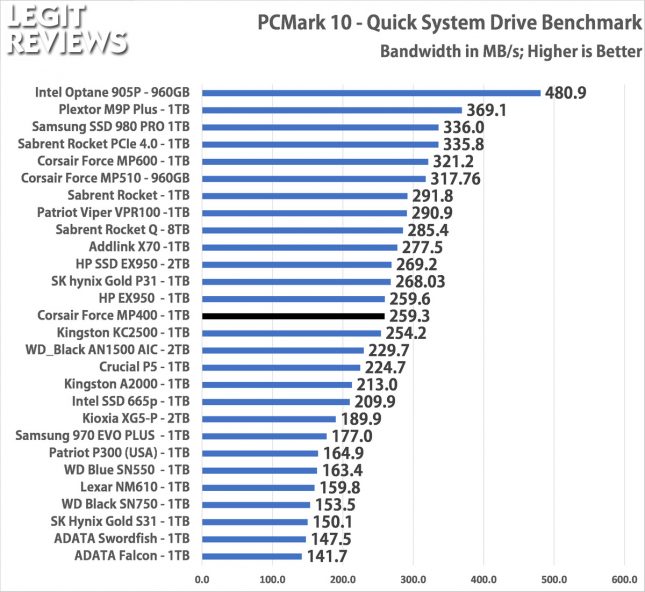 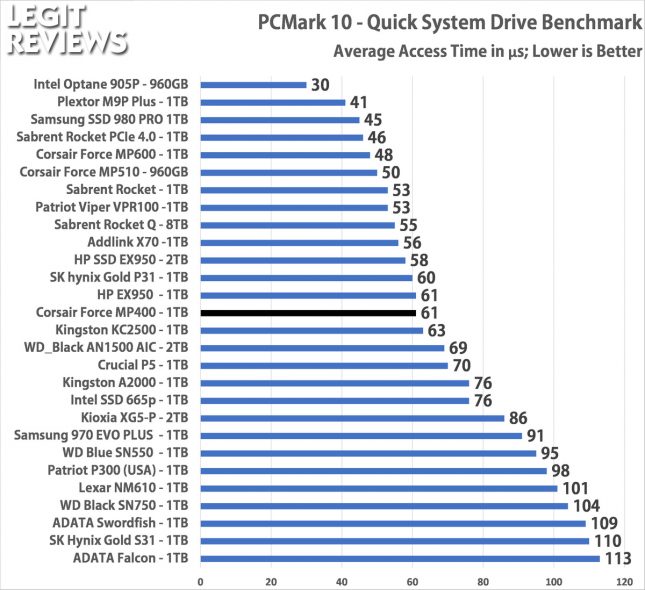 The average access time on the Corsair MP400 1TB SSD was 61 microseconds for the quick system drive benchmark workload.