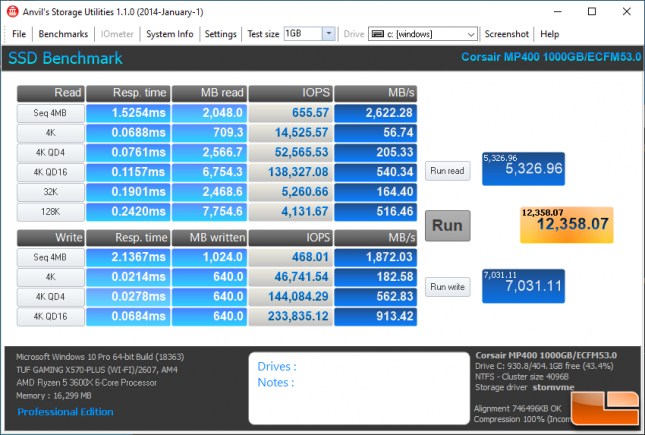 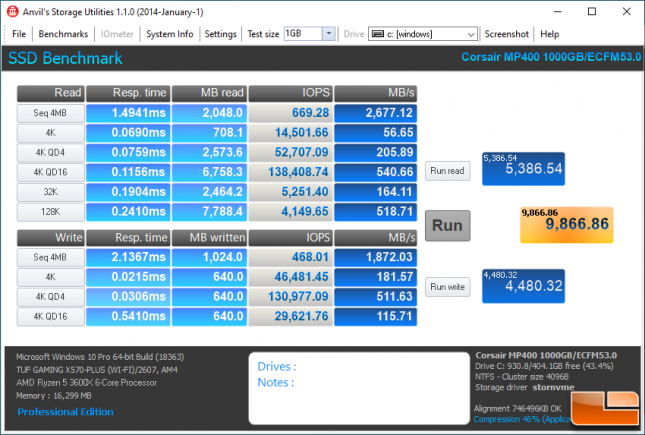 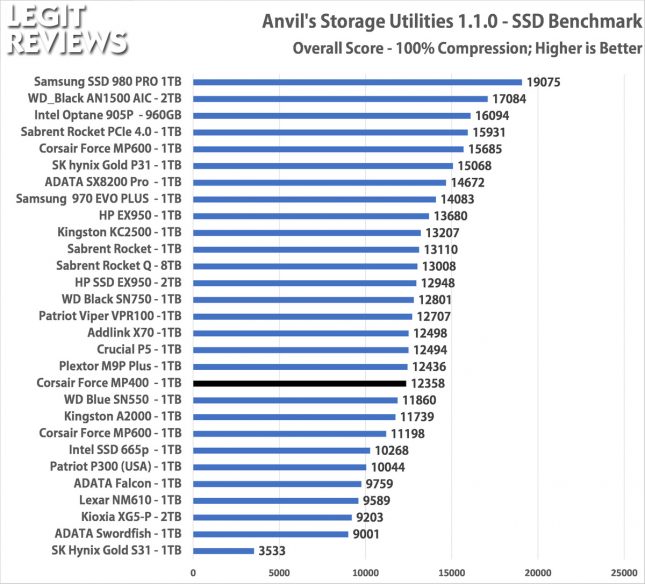 This level of performance puts the Corsair MP400 in the middle of the pack for the standard benchmark (100% compression) against all the other drives that we have run on this platform! The performance difference between most PCIe Gen 3.0 x4 NVMe drives is pretty small!