The Corsair MP400 series of PCIe Gen3 x4 SSD will likely be appealing to those that are looking for large NVMe SSDs without breaking the bank. There are not many drives out there that are available in 4TB and 8TB capacities, but the MP400 has those large sizes covered. We got a chance to test out the smallest 1TB capacity drive and found that is delivers decent performance for using QLC NAND Flash. It just goes to show that with the right controller, a Phison E12S in this case, performance doesn’t have to be poor on QLC-based drives!

Our MP400 1TB drive topped out at 3447MB/s read and 1981 MB/s in CrystalDiskMark 7 and that is mighty impressive for a sub $120 drive. It is also backed by 5-year warranty, so try not to get caught up in the lower endurance ratings and remember the overall warranty length! Corsair has been selling SSDs for over a decade, so this is a name brand that has a proven record and industry trust. 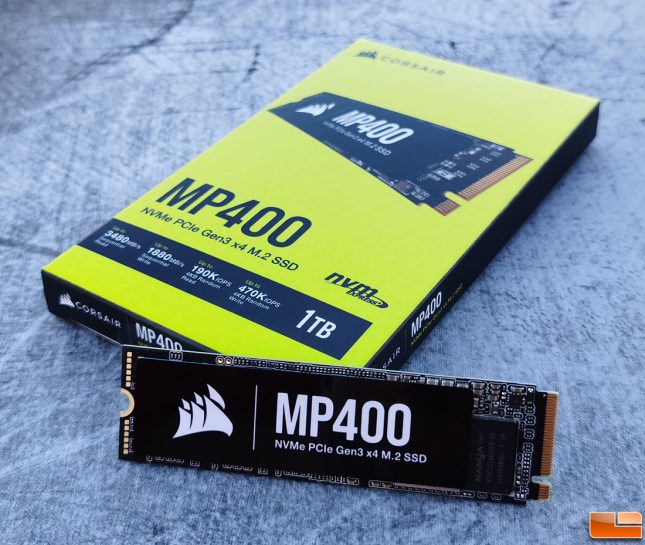 At the end of the day the Corsair MP400 is a straight-forward product that was designed for those wanting a large PCIe Gen3 x4 M.2 SSD at respectable price point. The MP400 1TB model that we reviewed here today has an MSRP of $119. Online pricing is usually drops below the MSRP as time progresses, so we can see this drive being appealing to many gamers and enthusiasts. With some game titles having an installed size of over 200GB it only makes sense that we move to larger NVMe SSDs. The Corsair MP400 is able to deliver the performance and capacity that gamers need!