Benchmark Results: On ATTO Disk Benchmark found that the Corsair MP400 1TB NVMe SSD topped out at 1.85 GB/s write and 3.23 GB/s read at the standard queue depth of 4. There were a few really low scores, but that is something we’ve seen before due to how the Phison E12S controller is handling the compression used on this benchmark. 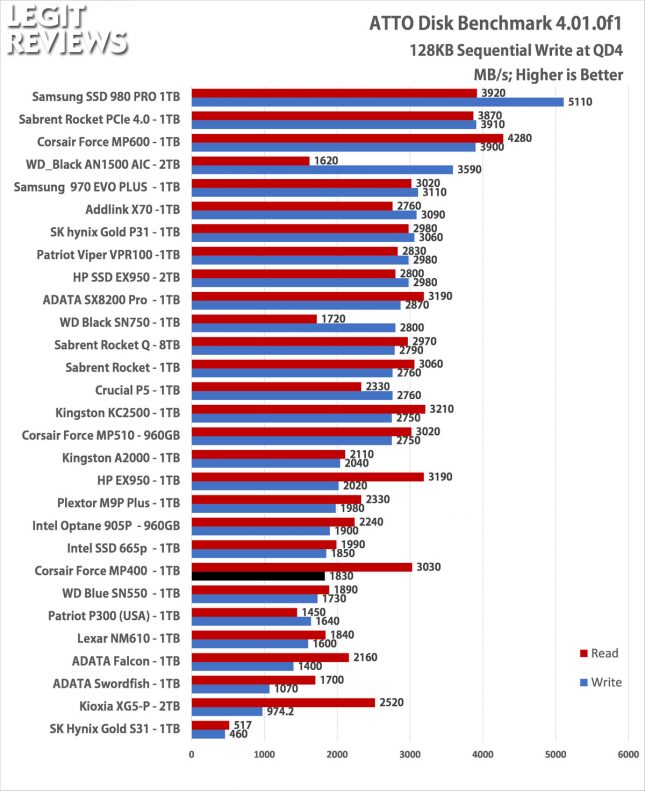 This chart is getting pretty messy, but we are charting the 128KB results and ranking them high to low with the write result. The Corsair MP400 dropped to the lower half of the chart since the write speeds are lower than the other drives. 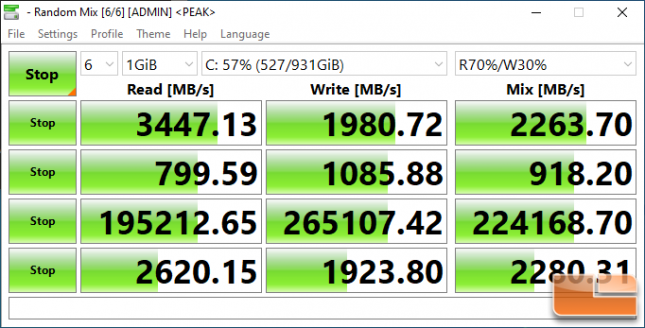 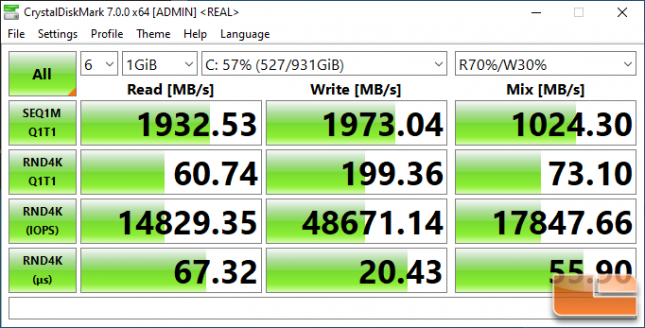