Corsair announced the MP400 NVMe PCIe Gen3 x4 SSD series today and you should take a second to look at what it brings before writing it off as just another Gen3 storage drive. The Corsair MP400 is powered by Phison’s E12S controller and paired with Micron’s latest 96-Layer QLC NAND Flash. This high density QLC NAND allows the MP400 to enter the market in 1TB, 2TB, 4TB and a massive 8TB model! 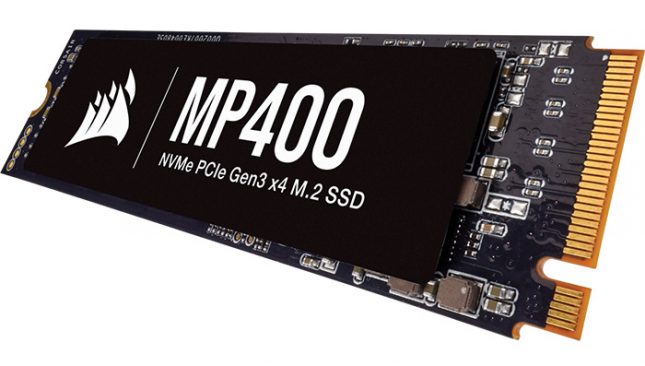 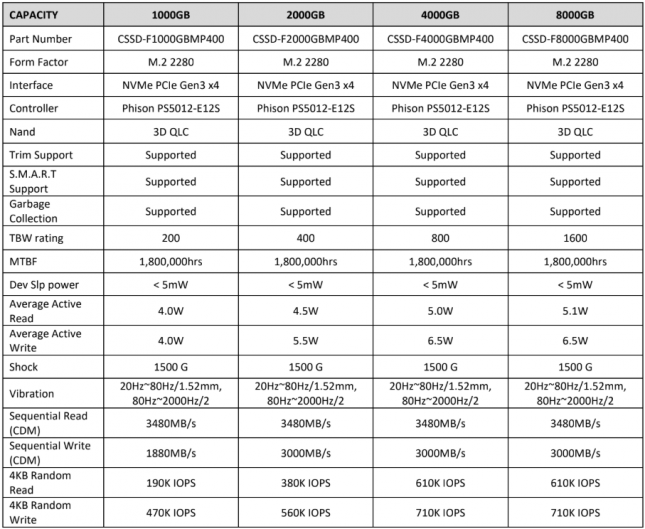 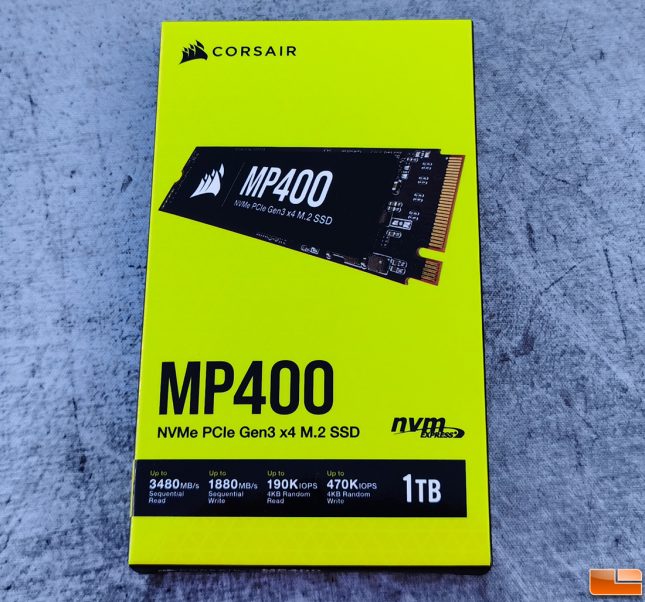 Corsair sent over the MP400 1TB NVMe SSD for us to test on our AMD Ryzen X570 platform. The part number on the drive that we received was CSSD-F1000GBMP400 for those that are curious. The packing is similar to the other Corsair NVMe SSDs like the MP510 and MP600 models. 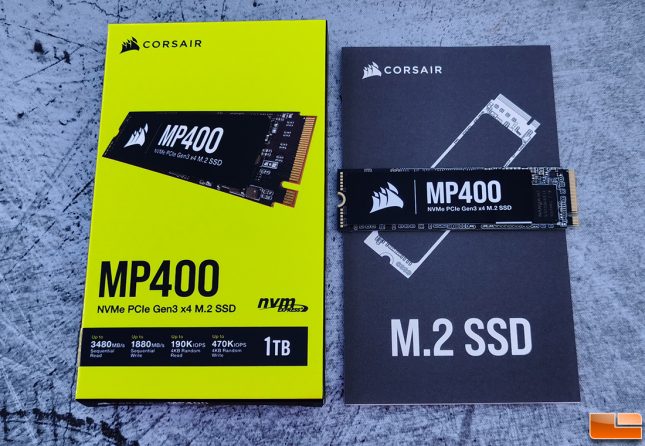 Inside the box you’ll find the drive along with a paper guide that covers the basics.

The Corsair MP400 1TB and 2TB models are single-sided M.2 2280 NVMe SSDs whereas the larger 4TB and 8TB models are double-sided. All feature a black PCB and black label, so they should go great with any gaming system build!

The back of our MP400 1TB model is bare besides another label that contains information about the drive. 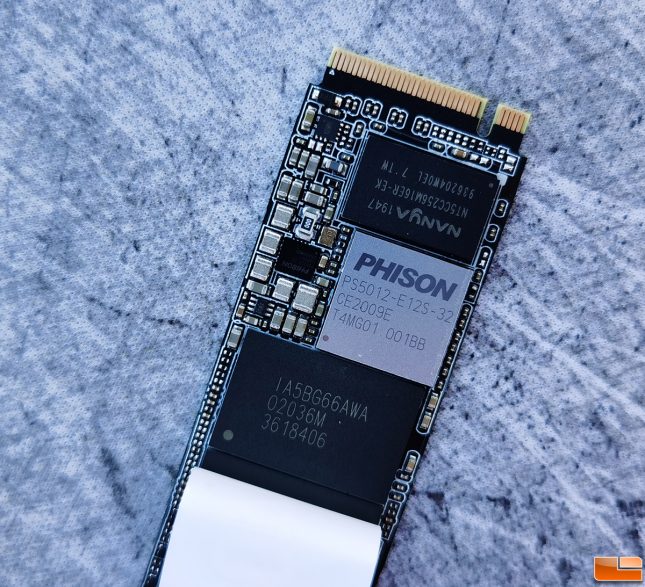 We peeled back the sticker off the top of the drive to see exactly what Corsair was using. Here you can see the Phison PS5012-E12S 8-channel controller. This controller is made on the 12nm manufacturing process by TSMC is is the latest PCIe 3.0 x4 NVMe controller from Phison.

Below the controller you’ll find four Micron 1Tb 96-Layer QLC NAND Flash chips and ours were labeled IA5BG66AWA. Above the controller is one 4Gb NANYA DDR3L DRAM cache chip that was marked NT5CC256M16ER-EK.

Let’s take a look at the test system and then show you how the Corsair MP400 did on a bunch of different performance tests!