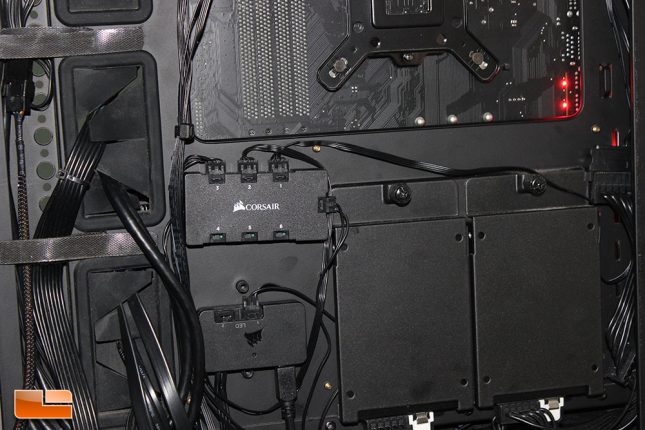 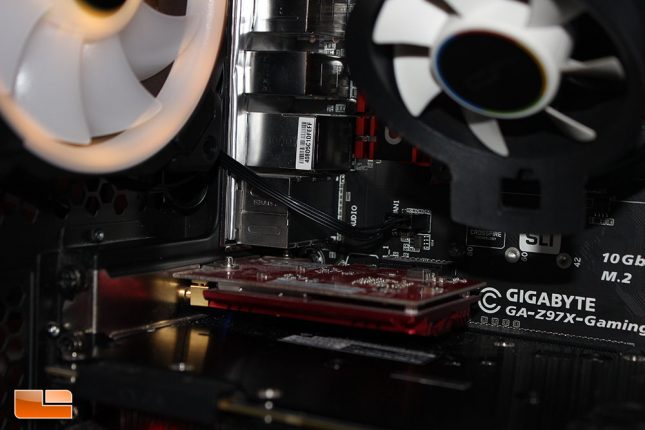 Installing the LL RGB fans was simple, as the cables were long enough to reach headers at the bottom of my motherboard all the way from the top of the case. The rear fan had a header right next to it and the cable was very easy to fold and tuck in between the chassis. Since the fan motor (12V) and RGB lighting (5V) run off of separate power sources, you can tune the fans for optimal noise levels and not have it affect your lighting, at all. In the past, this was an issue that affected LED fans, as the fans and LED’s would both run on the fans 12V signal, which affected the lighting based on the amount of voltage applied to the fan. 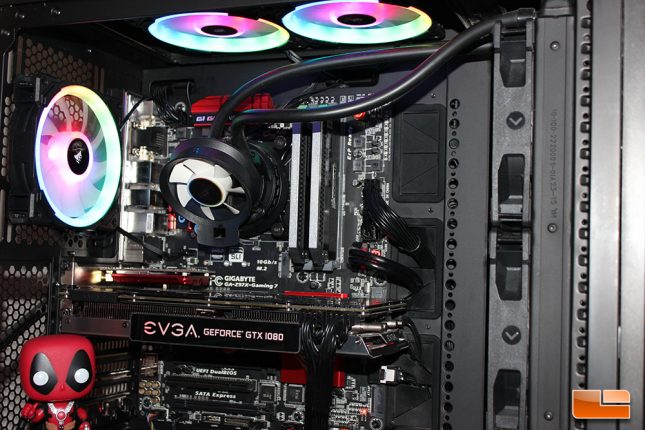 Installation off the LL120 RGB LED Fan Triple Pack will vary depending on the case you use, but as long as you have areas to install 120 mm fans and enough area to install the Corsair Lighting Node Pro and fan hub, you’ll be good to do. Both the fan and RGB cables are almost two feet long, so routing the fans to an appropriate motherboard header or fan hub and getting the LED wired to the fan hub should be a simple task for moderately experienced builder who is installing in a mid-tower case. I can see fan routing getting a little tricky in gigantic cases, but creative users should be able to find a centralized area for the fan hub to be installed so that every fan can have access. Corsair does make extension cables for their RGB connectors, so users with gargantuan cases aren’t left in the dark.