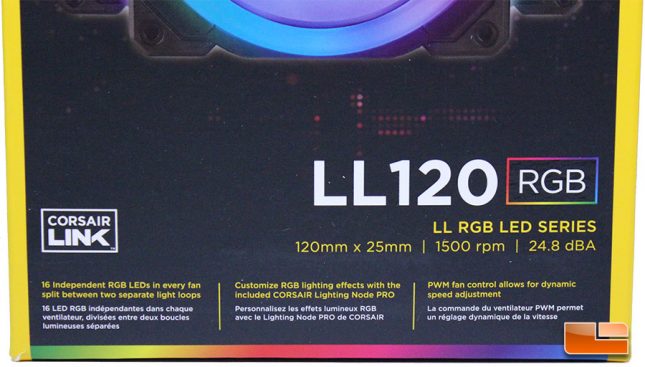 I had an enjoyable experience installing and testing out the Corsair LL120 RGB Fan Triple Pack. The Corsair Link software was streamlined and worked great with the new LL RGB fans, never giving me any issues or crashing, despite the fans being brand new and only officially releasing at the time of this review being published. It’s been over a year since I’ve used Corsair Link software and things have improved quite a bit over that time in terms of how stable the program is. I also didn’t notice any high memory usage or CPU usage scenarios when using Corsair Link, which is something I was keen to look for, given the DPC latency issues I had when I last used the program. 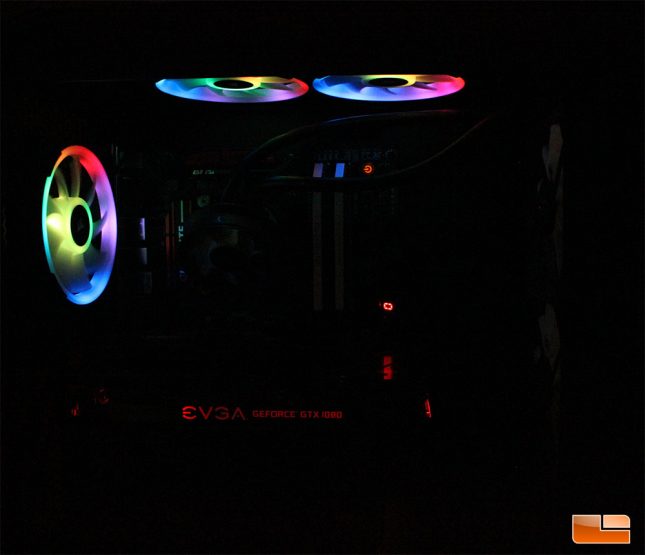 The RGB effects produced by the Corsair LL RGB fans are the best I’ve ever seen, allowing for some excellent customization options that aren’t available with other fans. Corsair has done a great job of integrating the RGB LED’s on the LL RGB fans, as they are properly spaced and have excellent transitional effects. With the Corsair HD RGB fans, you could see the LED and the lighting was super bright, but way less controlled than it is on the LL series. The frosted fan blades and lighting ring on the LL RGB diffuse the lighting so consistently across the entire fan and really add to the overall quality of the product. Corsair truly has produced the best looking RGB fans on the market with the LL RGB.

I was very pleased with the LL120 RGB fans in terms of their noise level and overall build quality. The fans all installed without issue and sat perfectly in their install locations, with the rubber isolation bumpers on the corners doing an excellent job of preventing vibration and keeping the fans rattle-free when they were running in the highest RPM range. I installed the three Corsair LL RGB fans as exhaust in my MasterCase 5 and there wasn’t a noticeable increase in noise over my Corsair MagLev fans. Even when running at 1500 RPM, the LL RGB fans remained relatively quiet, though you could definitely hear the sound of air being moved at a rapid rate. The LL RGB are well built case fans, with quality components being used throughout and Corsair has made sure that they are ready for prime time. 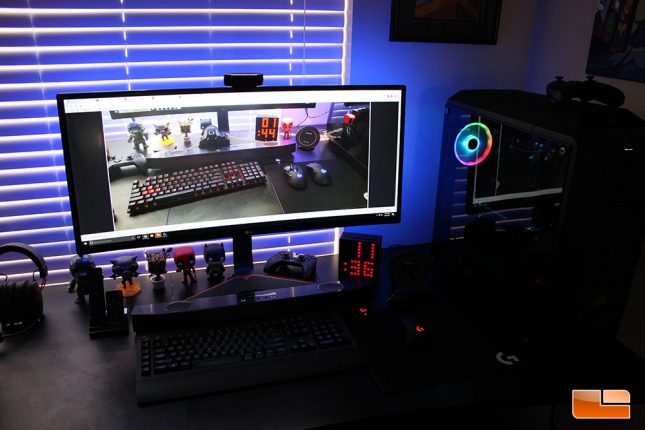 Given the lower static pressure rating of the Corsair LL RGB fans compared to the Corsair HD RGB fans, I would still recommend the HD series fans for radiator installations. For exhaust fans and intake fan scenarios where the front of the fans will be visible, the LL RGB fans will be the best choice, as they offer an excellent combination of airflow and low noise operation, on top of the best RGB effects in the industry. I can see the logical progression from here being integrating Corsair MagLev fans with the dual RGB ring design we see in the LL fans, but those would probably cost quite a premium and we’re already dealing with $35 fans, here.

The Corsair LL120 RGB Fan Triple Pack really hits a solid value proposition when you consider the separate costs of the Lighting Node Pro and RGB LED Fan Hub. The LL120 RGB Fan Triple Pack kit costs $119.99, while a single LL120 RGB fan comes in at $34.99 MSRP, which means the cost of three fans alone is $105 and they don’t come with the Lighting Node Pro or RGB LED Fan Hub. Comparatively, you will end up spending $130 on a Triple Pack of the NZXT AER RGB 120MM fans with a Hue+ controller, which is about $10 more than the cost of the Corsair LL120 RGB Triple Fan Pack.

In my opinion, consumers have two viable choices when it comes to quality RGB fans with ring lighting and software controlled effects, the Corsair LL RGB and NZXT AER RGB. While the NZXT AER RGB are great fans, they get left behind by the advanced dual zone RGB effects and excellent build quality provided by the Corsair LL RGB fans. If you want the best looking RGB fans available, along with a nice balance of airflow and low noise operation, the Corsair LL RGB fans are definitely the fans for you. The price of admission on the LL RGB fans isn’t cheap, but once they are installed, get ready for fun, cool ride down the RGB highway.

Legit Bottom Line: If you want amazing looking, quiet, well-built RGB fans that offer decent airflow and the ability to control them through intuitive, easy to use software, the Corsair LL120 RGB Fan Triple Pack is an excellent choice.