Let’s look at the front of the box of which we get a simple view of the device and it would look attached your keyboard. It gives the vibe of having one of the older more expense keyboards from years ago that had a special display built directly into it. We can also see some examples of the options we can setup and configure along knowing right away that this device has a colorful LCD display. 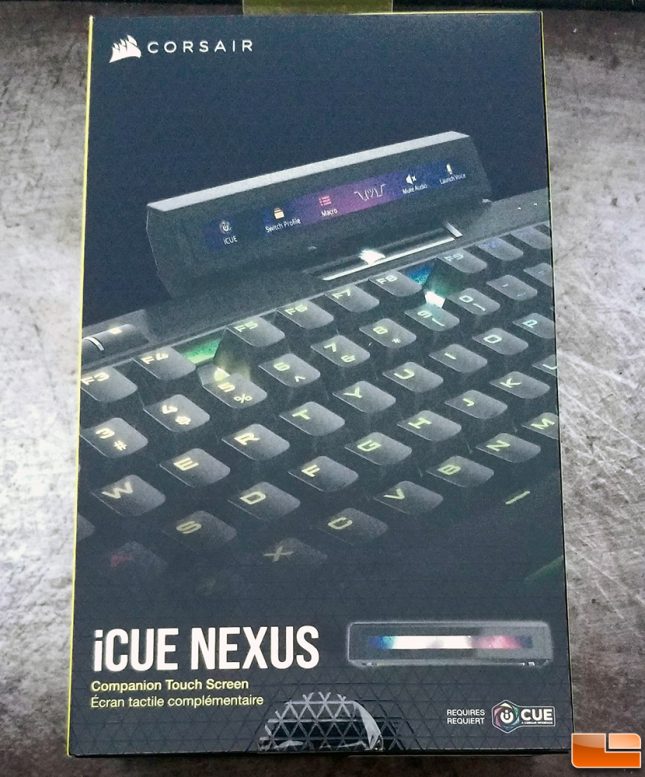 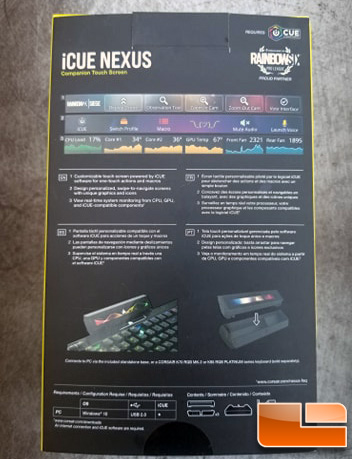 When looking at the back of the box, we get even more ideas of the options this device is or will be capable of performing. We see an example of the device being able to communicate with other apps such as Rainbow Six: Siege. My first thought of this screen is something I’m not sure about. I can’t imagine why anyone would use it. I wouldn’t think it would be good for competitive play. However, it’s there for reason so I’m sure that somebody would love this option but I remain hopeful that it will be integrated with other games as well. They also give us examples of the customization for system monitoring features as well controlling your peripherals like your headset and mouse. they also provide a brief introduction of the device being mounted in its stand-alone housing. 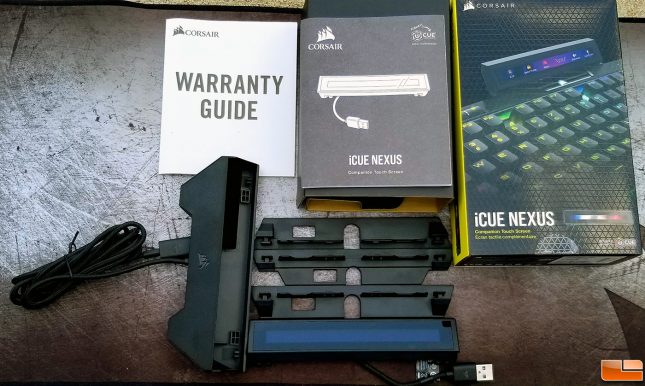 Inside the box we will find the keyboard mounts that include adhesive strips for attaching the device to your Corsair keyboard while still giving access to the USB pass-through. We also find the stand-alone housing that includes a USB pass-through with a 5-foot USB 2.0 cable. You’re also given the simplistic instructions for setting up your NEXUS and warranty guide and a plastic prying tool making it easier to separate the device from its mounting point.