In the benchmarks that I will be running, I used an Intel 4770k clocked at 3.5GHz with Turbo Boost and the low power state enabled. Turbo Boost allows the 4770k to hit up to 3.9GHz. To record temperatures, I used Core Temp, logged the temperatures while each program was active, and averaged all 4 cores.

Benchmark wise, I will be using several synthetic and real-world benchmarks to perform normal, heavy, and extreme load. The benchmarks that Im going to use today include: Prime95, x264, 3DMark 2013 (Firestrike test only), Metro Last Light, and Sleeping Dogs. Prime 95 will peg all four cores and eight threads to 100%, which will help us to understand exactly how hot this CPU can get with each cooler.

I recently reviewed the NZXT Kraken x40 and x60 coolers and I will be putting these in for comparison purposes. NZXT claimed that their larger surface area radiator (140mm) could give their coolers the edge over 120mm coolers, like the Corsair H100i. Lets see if the H100i has what it takes to keep up with the competition! 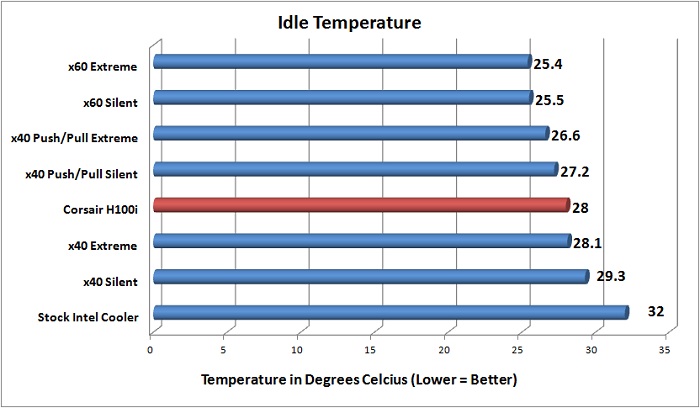 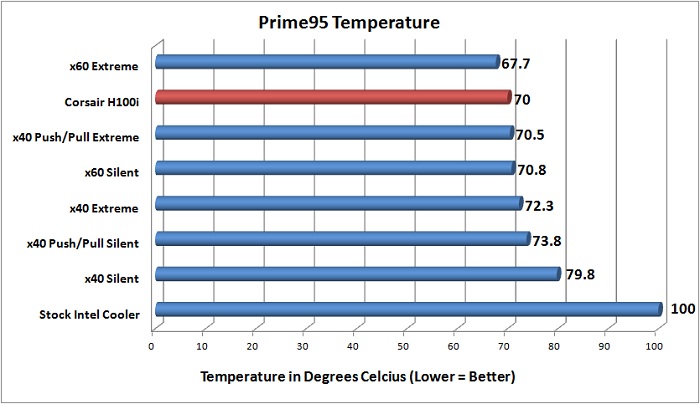 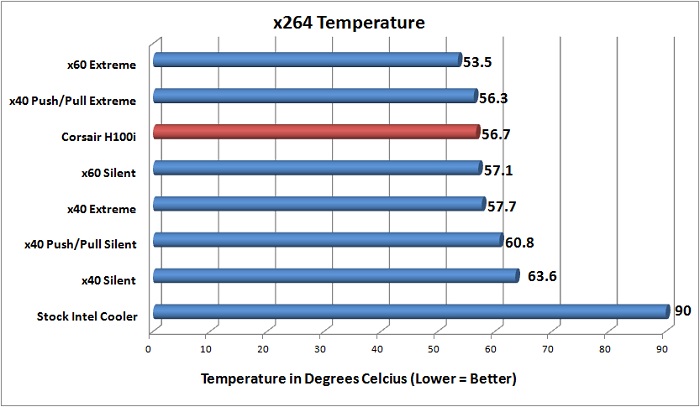 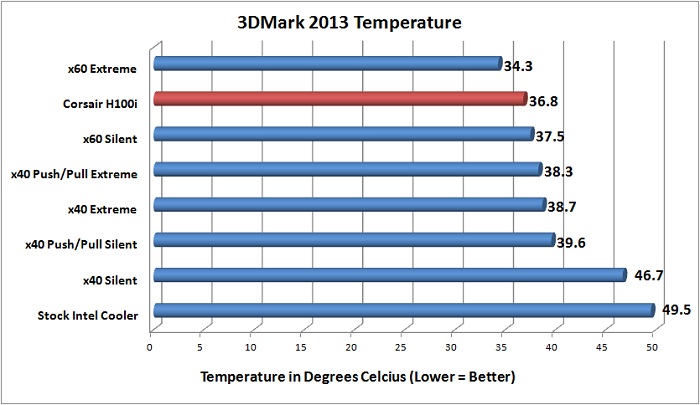 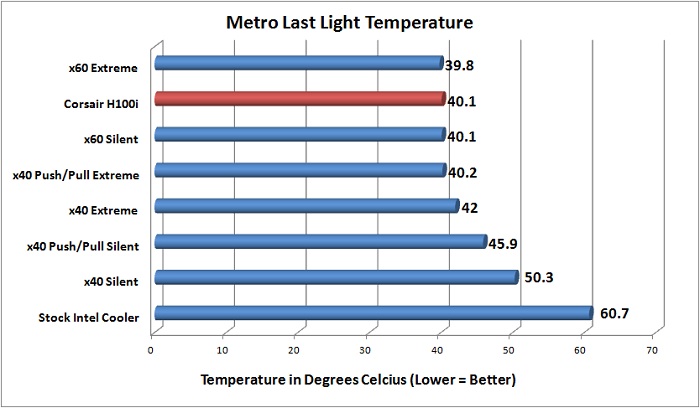 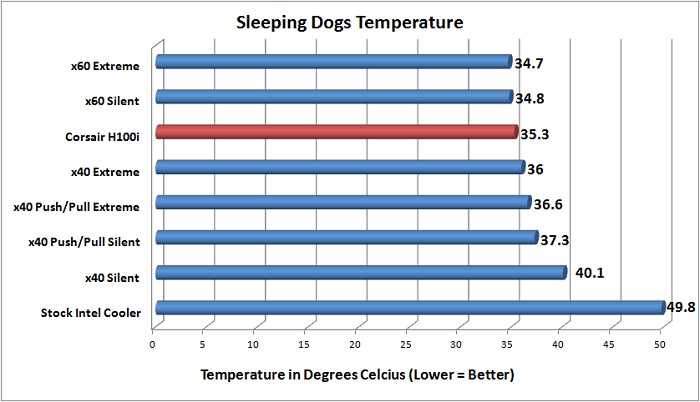 Overall Results: From the various graphs above, you can see that the NZXT Kraken x60 cooler beat the Corsair H100i in all tests while it was on the extreme setting. When the Kraken x60 was on its silent setting, the H100i did well in comparison. With the H100i being strictly motherboard controlled, the fans did ramp up when appropriate. Overall the H100i did quite well compared to its larger competition, though at the expense of some added noise.