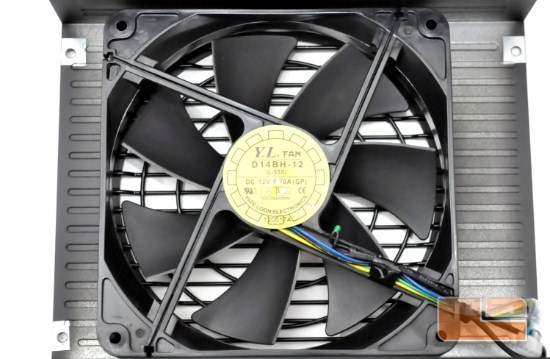 Corsair once again opted for a Yate
Loon D14BH-12 fan, a model frequently used by many companies. The ball bearing
fan has a maximum speed of 2800RPM, which is unlikely to ever reach since, as
you will read in the following pages, the thermal control circuit will not even
turn on the fan while the unit is lightly loaded. 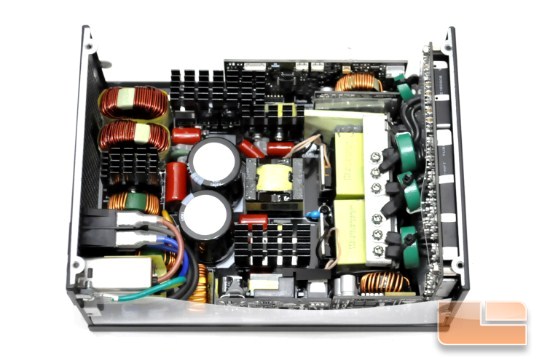 Now that is a very interesting,
non-standard design which you will not see every day. Actually, you will rarely
encounter it since it is a Flextronics design, a new company which Corsair
approached to design their newest high end units. The quality of the design and
assembly is setting new standards; extremely clean, virtually flawless
construction and soldering. 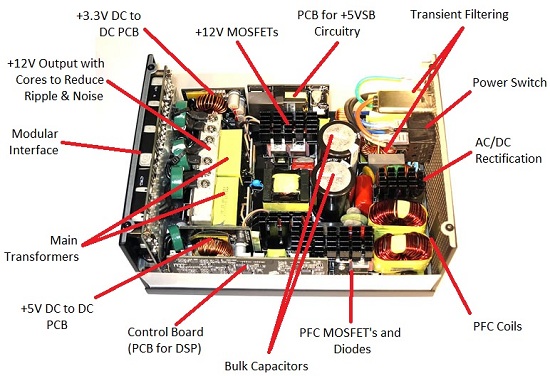 Here is a labeled look at the layout of the Corsair AX1200i power supply. 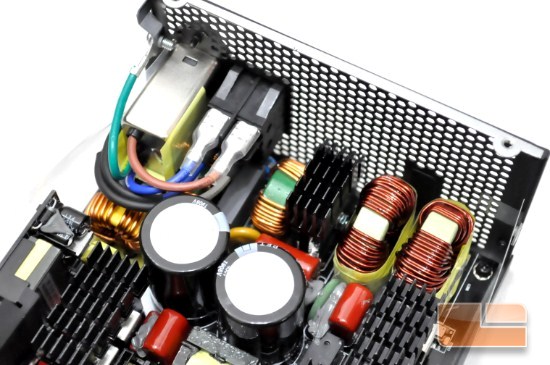 The A/C receptacle is an EMI filter
by itself, yet Corsair would not stop at that for their most premium unit and
installed much more filtering hardware onto the PCB. The filtering stage
consists of six Y capacitors, three X type capacitors, four chokes and a MOV. The AX1200i’s transient filtering appears to be well done. 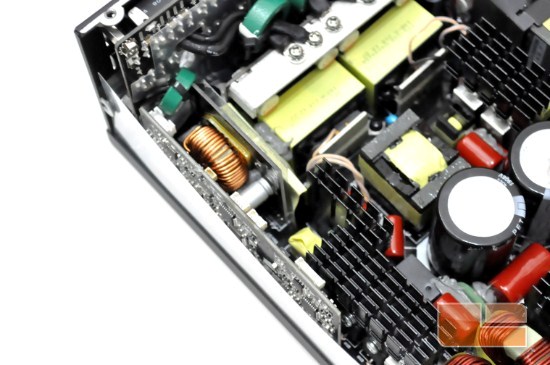 As this is not a standard design, it
is difficult for an amateur to recognize where the primary and where the
secondary sides are, plus will certainly be confused by all of the vertically
placed daughterboards of the unit. It should suffice to mention that the two
daughterboards toward the edge of the unit house the DSP and protection
circuits, the primary side switching transistors are attached to the black
heatsinks and that Corsair went with two Panasonic HD 450V/470uF capacitors,
perhaps the best commercial electrolytic capacitors money can currently buy. 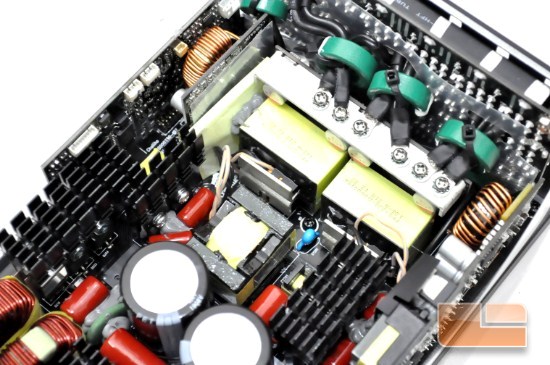 Another vertical PCB on the other
side of the power supply houses the DC to DC conversion circuits. The secondary
capacitors are a mix of Rubycon and Nippon Chemi-Con products. Most of the
power distribution takes place directly on the PCB holding the modular
connectors, which thick metallic rails transferring the large lines about the
plugs.

All of the industrial capacitors used in the AX1200i are Japanese, and are rated to perform normally at temperatures upwards of 105C. If you are wanting to know more specifics about the components inside this power supply you can check out this blog page where Corsair engineers talk about the internals.