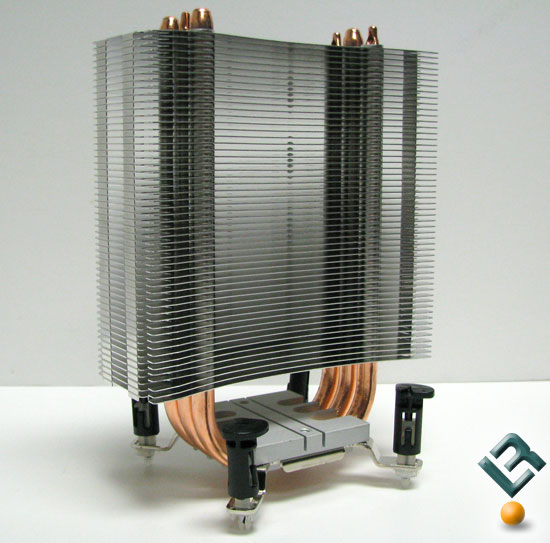 The Xigmatek HDT-S1283 CPU cooler features H.D.T (Heat-pipe Direct Touch) which offers better cooling due to the direct contact between the copper heat pipes and processor. The HDT-S1283 includes a 120mm cooling fan, anti-vibration fan screws, spoiler design, and an installation process that anyone can do. The three 8mm U type heat-pipes look like they will take care of business as they are exposed and move the heat away from the CPU. 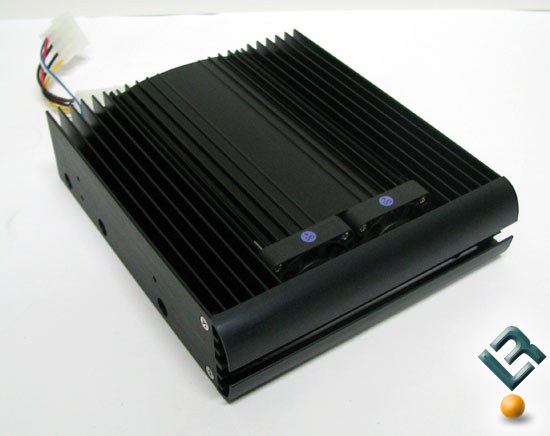 Vigor Gaming is known for providing custom built gaming systems, but they also have cooling components. Today, we are looking at Vigor’s newest hard drive cooler, the iSurf II. The iSurf II is a 5.25” bay active cooler for your 3.5” hard drive and is designed to reduce your hard drive temperature while increasing hard disk drive performance. Join us as we see how the iSurf does on our test bench. 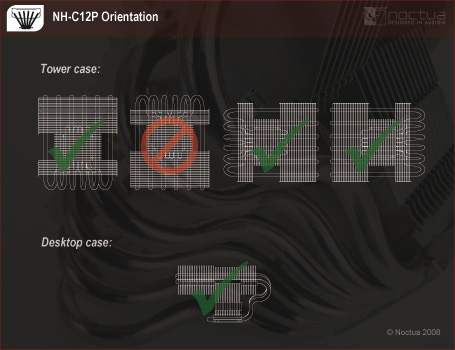 Mounting a CPU Cooler? The Heatpipe Direction Might Matter

Today we will revisit a recently reviewed cooler, the NH-C12P from Noctua, to see how the mounting direction impacts the cooler’s performance. Noctua thought are performance numbers were off since we installed the cooler with the bendings of the heat-pipes facing up. Noctua told us the cooler usually performs quite a few degrees better if you put it the other way round or turned by 90°. Which direction is best? Read on to find out. 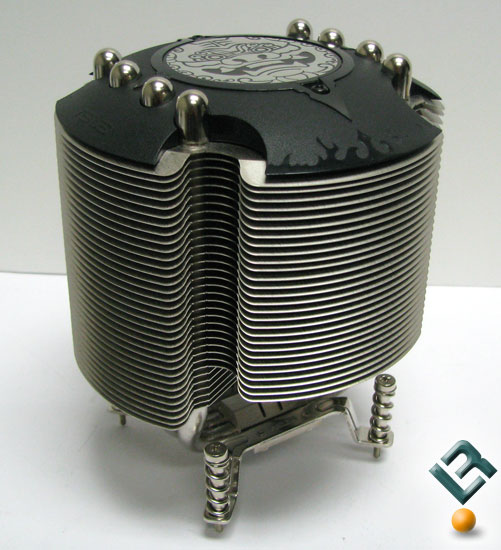 Today we look at the newest CPU cooler from Asus, the Lion Square. Named for the Sword Lion legend and designed with quad core CPU’s in mind this seems to be a slick heat sink. The bold and unique design features eight heat pipes that originate from the copper base all the way to the top where they are covered by neat looking nuts. The very top of the cooler has a cover that mimics the shape of a shield. It looks great, but how will it perform? Read on to find out! 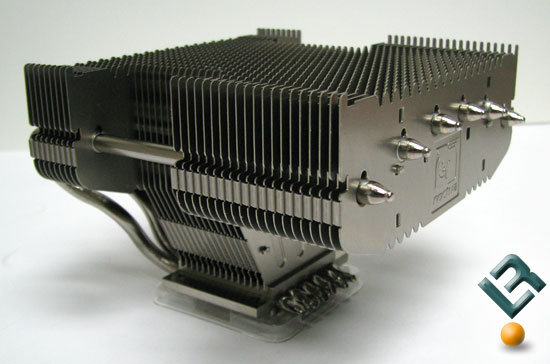 The Austrian company Noctua has sent us their newest cooler the NH-C12P. This time around the folks at Noctua made the cooler smaller, lighter, and squeezed in 2 more heat pipes for a total of 6. Noctua has been shaking up the CPU cooling market with their silent yet efficient coolers all year. Join us as we put the NH-C12P CPU cooler through the paces and see if it can dethrone its predecessor from the top of our performance charts. 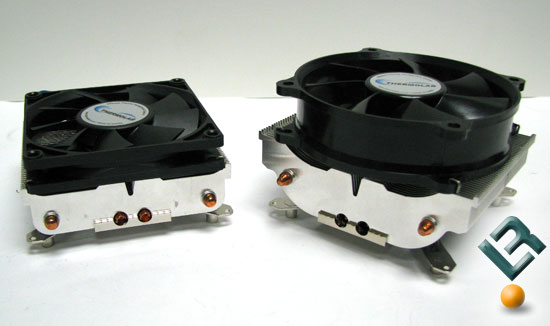 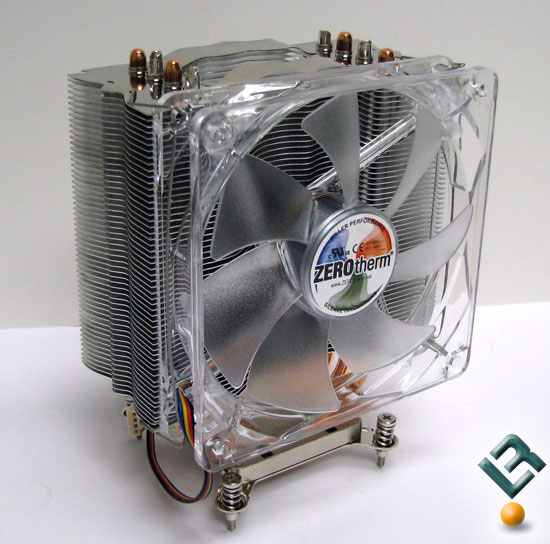 Our friends at ZEROtherm have sent us their newest CPU cooler to look at, the Zen FZ120 CPU cooler. At just $39.99 the FZ120 was designed to meet and exceed competitor price vs. performance. Can ZEROtherm make an award winning cooling solution that does not send you racing to break the piggy bank? That is what we set off to figure out and the results are impressive! What did you expect from a heat sink with a 120mm fan and eight heat pipes! 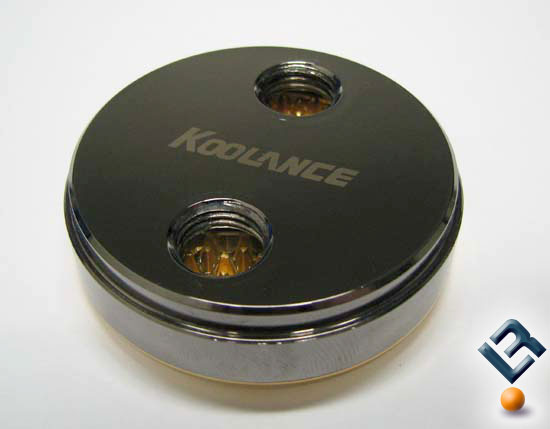 The Koolance CPU-330 Waterblock provides ultra low temperatures in single and multi-core configurations. It features a universal mounting adapter and features a rugged 21k gold plated copper base with a hard anodized aluminum top cap and mounting hardware. The CPU-330 utilizes standard G1/4″ threading so it can accommodate the nozzle size of your choice. With features like this the Koolance CPU-330 is sure to deliver impressive numbers. Read on to find out if this is true! 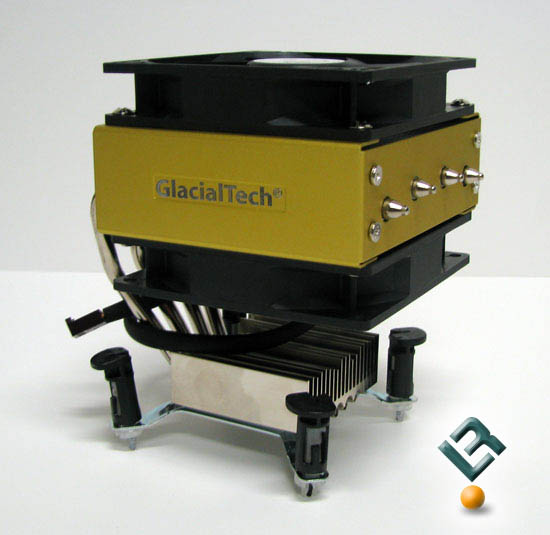 Today we take a look at the Igloo 5750 Silent from GlacialTech. With words like igloo and silent in the name you think cool and quiet and that is what we figure out. The PWM version that we are reviewing has a dual adjustable speed fan setup which brings the temperature down according to your needs. The speed ranges from 800~2500RPM, with a maximum volume throughput of 51.3CFM! Read on to see if this budget minded CPU cooler can live up to its name. 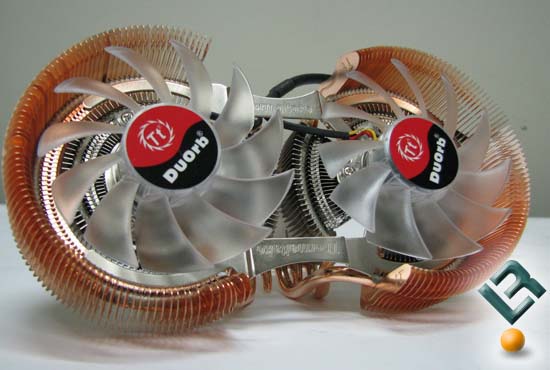 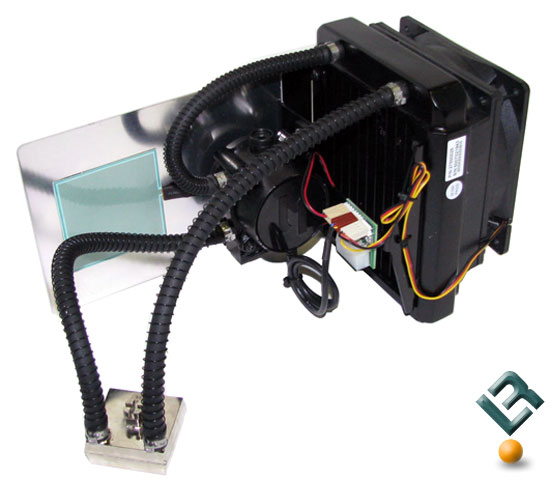 The CoolIT PURE CPU cooler utilizes a pre-plumbed, factory sealed, closed loop radiator and pump module designed to effectively and efficiently dissipate heat from the CPU. Up until now CoolIT’s CPU coolers have harnessed the power of both liquid cooling and thermoelectrics, but that is not the case with Pure. What some thought could not be done CoolIT Systems has done, released a CPU only water cooler that costs under $100. 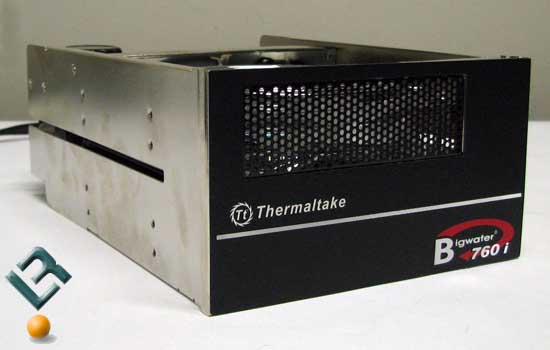 With more gamers and enthusiasts using quad-core processors the need for improved cooling it a must. Many have used air cooling, but are tempted to move on to bigger and better cooling methods like water cooling. Today, we will be looking at Thermaltake’s Bigwater 760i water cooler to see how it does on an Intel Core 2 Quad Q6600 processor. Read on to see how it does against one of the best air cooled heat sinks we have to see if Bigwater 760i is worth it. 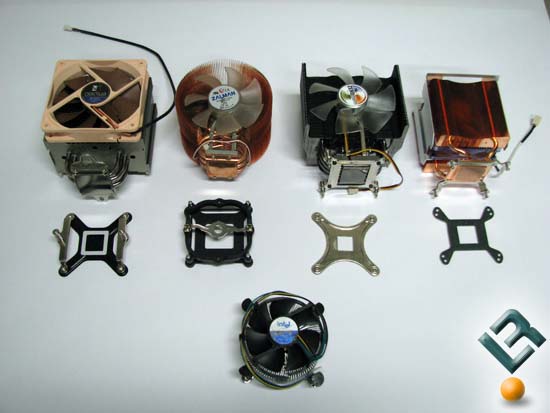 Today we bring you a round up of a few of the recently reviewed coolers. From inexpensive to high end, light to heavy, short to tall, all are compared to Intel’s stock cooler. In the process of updating the LR test bench we had to re-benchmark all the coolers, so why not do a round up with the collected data? So, today we will show you how the LR stable of coolers stack up to one another. Read on to see how they stack up. 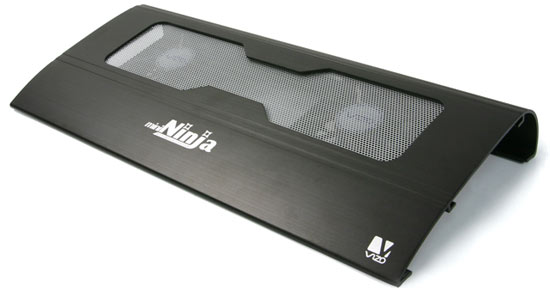 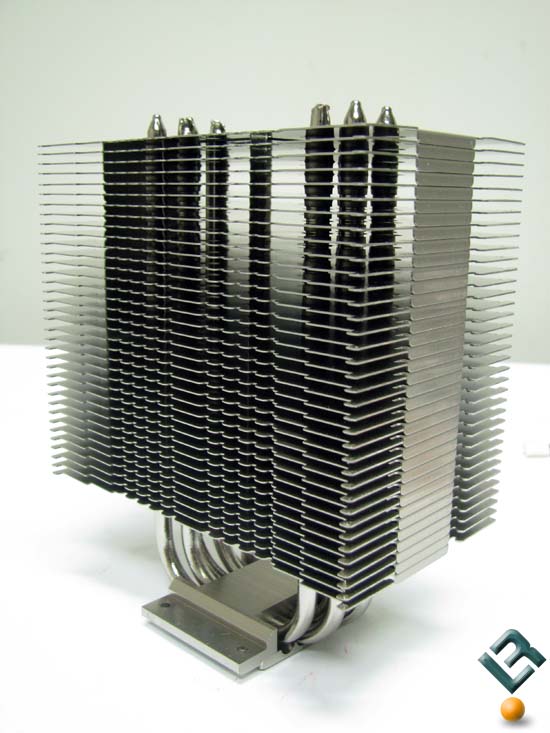 New to us here at Legit Reviews is an Austrian company by the name of Noctua. They have sent us their new CPU cooler the NH-U12P to have a look at. The CPU cooler has psycho-acoustic optimizations and premium-grade SSO-bearing, the NF-P12 achieves exceptional quietness and long-term stability. If you are looking for a premium air cooler with high performance and silence, read on to see how the NH-U12P does on the test bench.