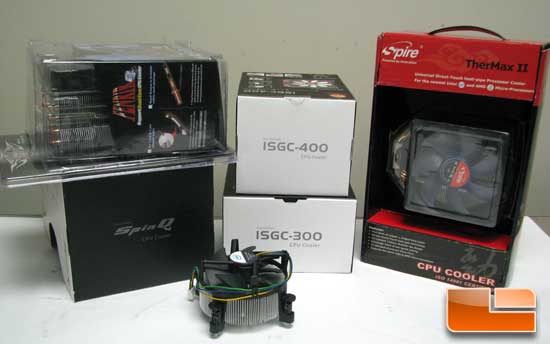 We have updated our Intel LGA 1366 CPU Cooler roundup to include new coolers from Cooler Master, Spire, Thermaltake, and Titan. Read on to see if the Noctua NH-U12P 1366SE CPU Cooler is still the cooling king or if it gets removed from the throne! 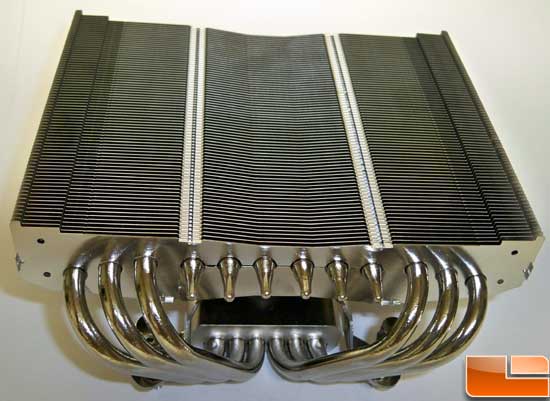 Thermalright is a name that has defined high end cooling for years. Focusing their efforts towards the HTPC, Thermalright looks to bring much needed cooling and silence to a niche that has only a few to choose from. Does the 900 gram AXP-140 have what it takes to keep your HTPC cool and quiet? 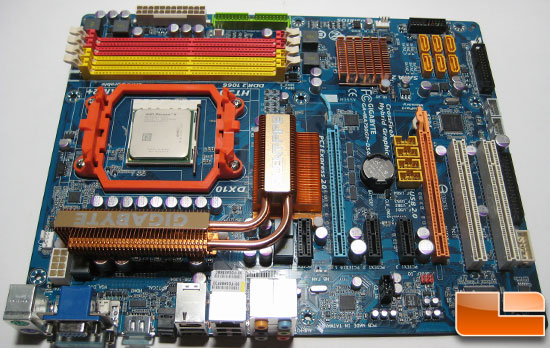 Today we will take you through the steps of a method for insulating motherboards against the harsh elements they are exposed to during extreme overclocking. We’ll be insulating the board for liquid nitrogen benching and we’ll show you how effective this insulation method is in preventing harmful condensation from forming on the board.

The Cooler Master V10 CPU cooler is said to be capable of dissipating over 200 Watts of heat generated by processors, which makes it one of the most powerful coolers money can buy. With ten 6mm heat pipes, a TEC (Thermo-Electric Cooling), and two cooling fans this CPU cooler looks like it should cool any processor with no problems! Read on to see how it performs with an Intel Core i7 and Core 2 CPU. 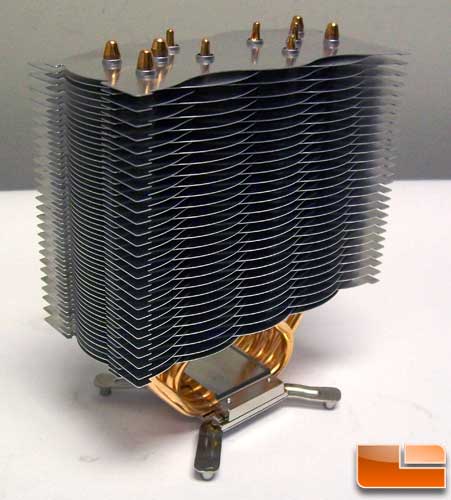 The new Baram CPU tower heat pipe cooler from ThermoLab has been designed with optimal aerothermodynamics in mind, so the CPU stays nice and cool. With here area total of five ‘U’ shaped pipes this cooler has a total of ten vertical pipes for heat dissipation. Read on to see how the Baram does against more than a dozen LGA775 coolers!

The GELID Solutions Wing series of fan uses a Nanoflux bearing (NFB), which is better known in the enthusiast community as an electromagnetic fan. By using a magnetic design, the fan is able to run friction-free and has no motor noise since no brushes are spinning inside the fan. This means that the fan will never have bearings that break down and begin to squeal as the fan ages over the years. 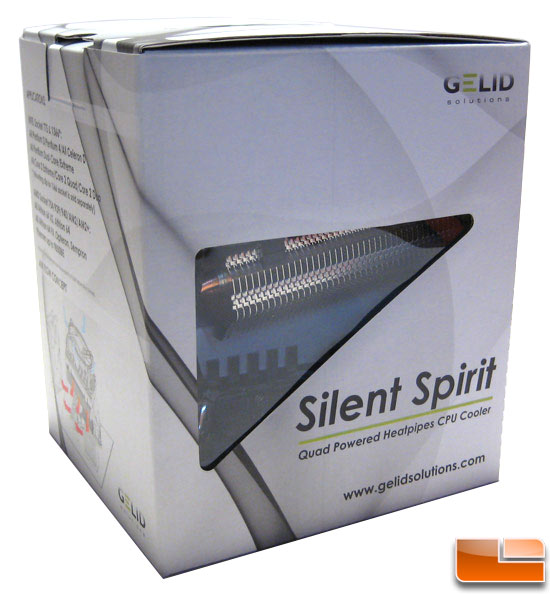 Gelid Solutions has designed the Silent Spirit, a top-flow CPU cooler, to be silent and to perform better than retail boxed CPU coolers. The open frame structure that is set to a unique orientation angle is said to be best for airflow. Read on to see if this cooler runs silently and cools as the corporate site says it does. 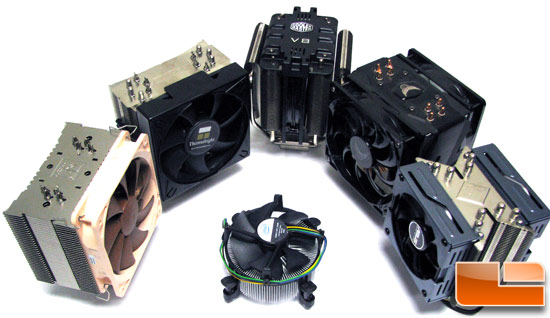 Today, we will be firing up our new Intel Core i7 test system and putting several enthusiast CPU coolers through the paces. Join us as we see how coolers from Asus, Cooler Master, Intel, Noctua, Thermalright, and Vigor Gaming stack up to one another. 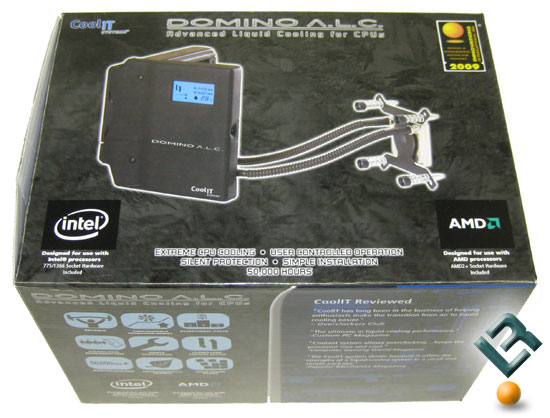 CoolIT Systems noticed that well built water cooler was missing from the sub $80 market and went back to a drawing board to see if something could be designed that had the cooling performance that enthusiasts demand and a price tag that won’t break the bank during these troubled economic times. After many long hours and a year in the test lab CoolIT Systems came up with the Domino A.L.C. Read on to see how this cooler performs on an Intel Core i7 platform! 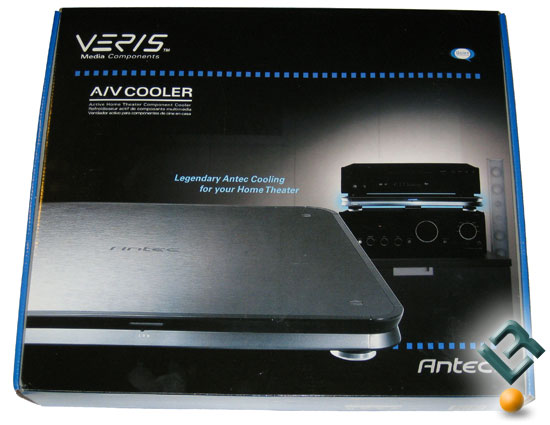 Now that main gift giving time is over this holiday you might find yourself a little closer to that home theater you’ve been dreaming of the past few months. The vast majority of people will stuff that new home stereo equipment into an existing TV stand and never give heat much thought. The Antec A/V Cooler is designed to keep all your home audio/video equipment cool! 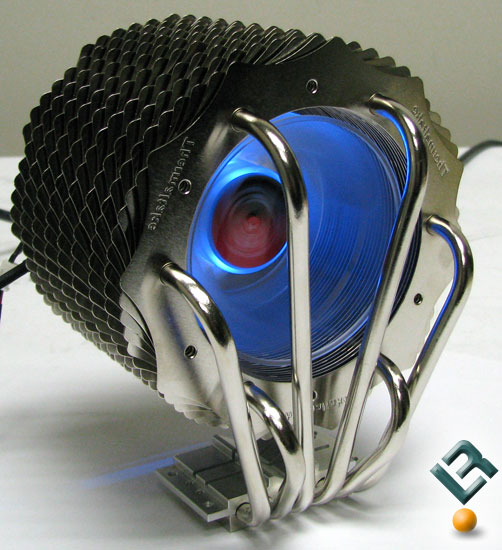 The Thermaltake SpinQ is far from what you’d expect a normal CPU cooler to look like. This cylinder heatsink has spiral aluminum fins and an s-curve Blade Fan with blue LED lights that puts in it a category all by itself. This cooler looks like it could be used as a weapon, but does it perform as well as it looks? Today we put the Thermaltake SpinQ to the test and install it on our test system to see how it does against 14 other CPU coolers. 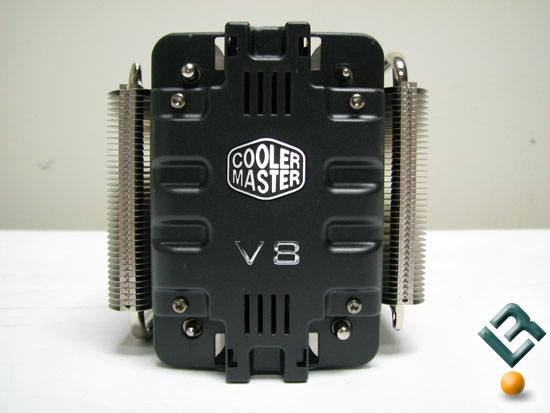 Are you looking for a CPU cooler that performs as good as it looks? The Cooler Master V8 CPU cooler should be up to the task and is designed to handle up to 180 Watts, which is more than any CPU on the desktop market puts out. The V8 cooler has 4 separate set of aluminum fins and linked by 8 diagonal up-rise heat pipes. Will this be enough to make the Cooler Master V8 CPU Cooler one of the best? 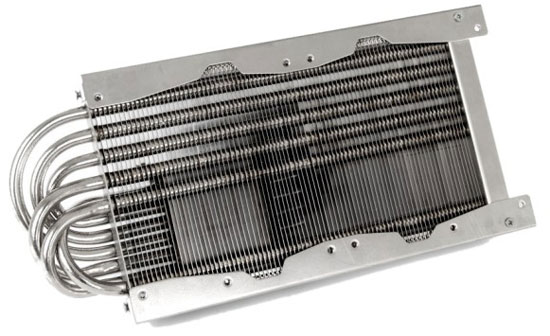 The Thermalright T-Rad2 is one of the toughest looking video card coolers on the market today with six nickel-plated heatpipes to transfer heat away from the GPU. With the option to mount two 92mm fans or a larger single 120mm fan this heat sink is unlike the one you used five years ago. Read on to see how this copper and nickel plated behemoth does! 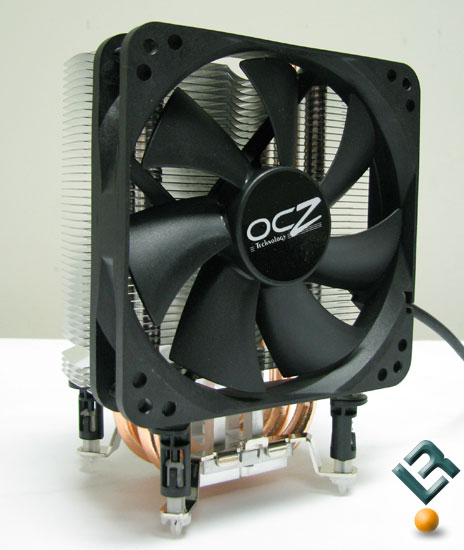 OCZ Technology recently released the Gladiator Max CPU cooler, which is their latest heat-pipe direct touch (HDT) cooler. Combining a distinctive stacked fin array, HDT design, and a large low-noise fan, the Gladiator series is built to take on the cooling challenges of today’s most powerful processors and ensure your system functions at its peak. Read on to see how it does with an Intel Core 2 Quad Q6600 processor! 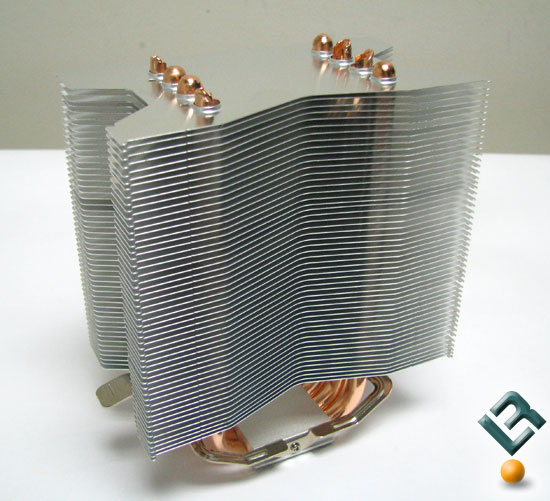 Sunbeamtech is the parent company of Tuniq, which develops high performance equipment for the computer enthusiast and modding market with products like power supplies and CPU coolers. The Tuniq Tower 120 CPU cooler series have proven themselves to be top notch coolers, so when Sunbeamtech released the Core-Contact Freezer we had high hopes for how it will perform. Read on to see how the Core-Contact Freezer does!