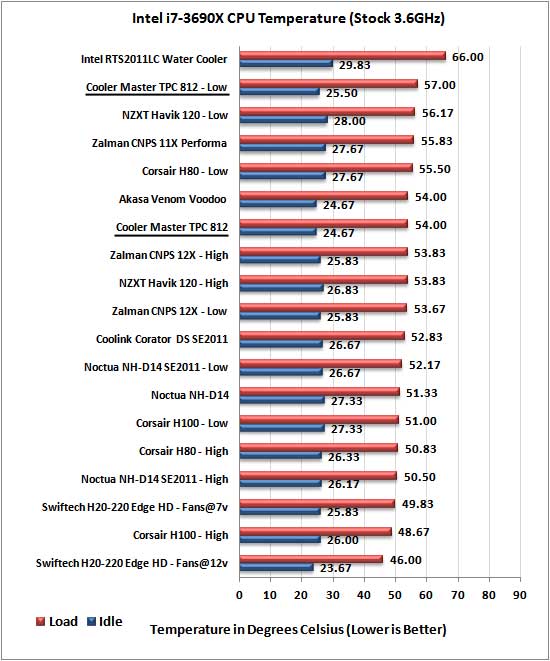 With the test system running stock settings the Cooler Master TPC 812 comes in at 54*C, 2.7 degrees behind the original Noctua NH-D14. It was also very close in performance to the twin fan NZXT Havik 120, only separated by 0.2 degrees. With the Cooler Master TPC 812 on low the performance dropped back to 57*C at full load, but was much quieter than full speed. On low the TPC 812 is 5.7 degrees behind the Noctua NH-D14, and again very close in performance with the NZXT Havik 120 on low. 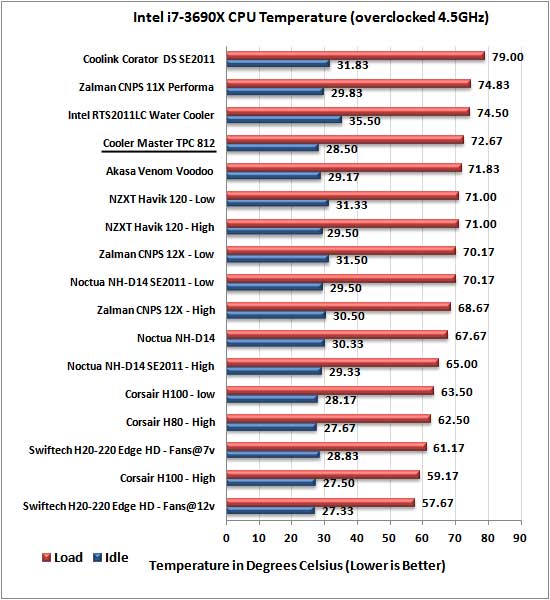