Here we get ac lose up look at the control module for the MasterPulse Pro Headset. Noe I mentioned earlier that there were some things that I didn’t quite find appealing about it. Now don’t get me wrong it’s not all that bad. I just didn’t like the fact fact that there is no way to disconnect this guy. I really wish it would have had the ability to be removed so that if I wanted to use the headset with my sound card I could. The other thing that I found a bit odd was the actual size of the control unit it is 3.5 inches long and 1.75 inches wide… it’s rather large and it gets caught on everything. The distance that it is placed on the the headset cord lends it to being caught under you desk top every time you stand up. With that said I do like that you have the ability to control the volume, tun the 7.1 surround on and off, mute the microphone, and control the lighting effects (which we will talk about a little later) as well as changing the MasterPulse Pro mode from off (just unaffected sound from the on-board sound card), music mode, gaming mode and movie mode all from one easy to reach controller.

For the testing I did on the Cooler Master MasterPulse pro Headset I employed the use of another top rated gaming headset in the same price range, as well as a set of my Grado headphones that were also in the same price range. I started out my testing with the obvious choice of playing some games. In game I found the Masterpulse Pro Headset to be quite accurate and very sensitive ina ll aspects of my game experience. As a matter of fact, while playing many hours of Payday 2 I heard sounds that I had never heard before in the background that I am still at this time unable to hear with my other gaming headsets. The footsteps of enemies were easily heard and their distance accuracy was spot on. I also play quite a few hours of Left 4 Dead 2 and found the gaming experience to be just as immersive and engaging as Payday 2. To me the MasterPulse Pro showed me that this is a gaming headset first and foremost and for it’s price point could easily compete with headsets that cost far more. 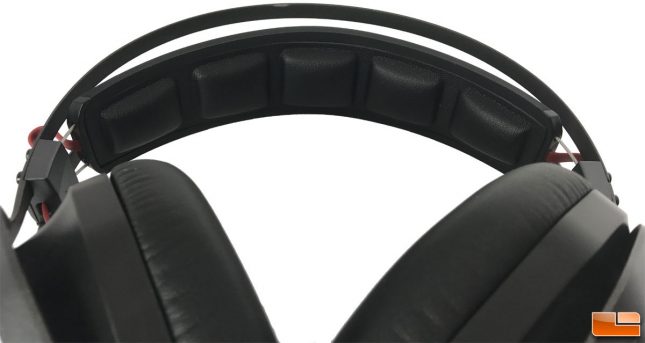 Next up was music. I listened to about 15 to 20 hours of music through the MasterPulse Pro Headset. I listen to just about every genre of music from metal to hip hop, but no country… I can’t do country. I listened with the side panels on for a nice tight closed sound and with the side panels off for that nice open sound as well as to put the Bass FX to the test. I have to say with the side panels off the bass was drastically increased and sounded decent. My Grado headphones are open back and I must admit the MasterPulse Pro Headset sounded muddy in the bass department compared to the headphones, but this is a gaming headset so I didn’t have huge expectations for the music going in. The other gaming headset I used as well had a far better quality with the music as well, but that may be due to the Masterpulse Pro having 44mm drivers and the other gaming hradset having 50mm drivers. Next I moved on to wathching a couple of my favorite movies, Zombieland and silence of the Lambs. To be fair I also watched a Nirvana concert “Live at Reading” in movit mode and with the 7.1 surround turned on I found the MAsterPulse Pro Headset to be an excellent sound source for watching movies as well as a full concert. I was drawn in and engaged in the movies and felt as though I was a part of the action in Zombieland. 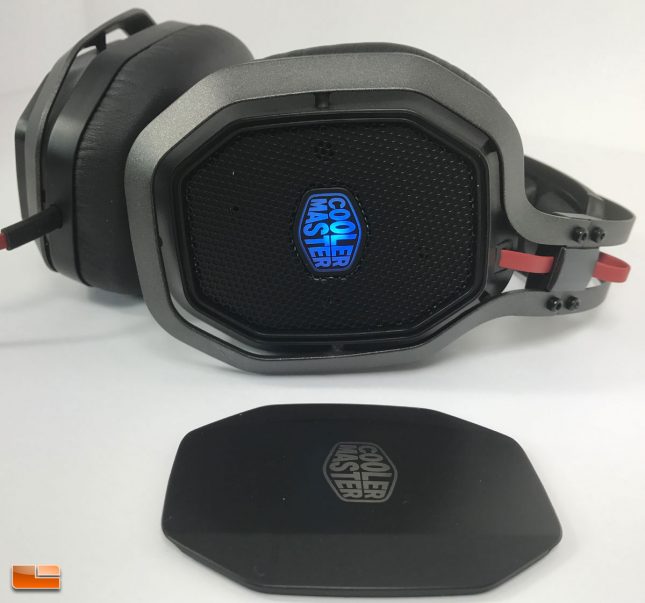 The Cooler Master Masterpulse Pro Headset also features the Cooler Master logo on each earcup with the ability to display full RGB color schemes.u unfortunately at the time of the writing of this review the MasterPulse Pro Software AP software that controls some of the more advanced features of the RGB lighting was not available to us and isn’t due out for several more weeks. I will write about this feature once  the software has been released either as a seperate update article or I will just add an updated page to this one. Even with out the software you have the ability to set the MasterPulse Pro Headset to fade through all of the colors slowly of switch between Red, Blue, Green and so on. When my 13 year old son saw this feature he was blown away by the fact that the MasterPulse pro could match the lighting color scheme of his gaming rig, but too bad for him I will be keeping these baby’s in my arsenal of headsets.