As we can see the Cooler Master MasterPulse Pro has a sturdy rugged metal frame that houses the entire headset. At first look you would think that this would increase the weight significantly, but it in fact does not. You may also think that the metal frame would cause the MasterPulse Pro to be uncomfortable, not at all. The flexible and self adjusting headband actually makes this one of the more comfortable headsets I have ever used. the five very well cushioned pads on the headband allow you to wear this headset for very long periods of time and still be quite comfortable. In fact there has been more than one time where I have completely forgotten I was wearing the MasterPulse Pro 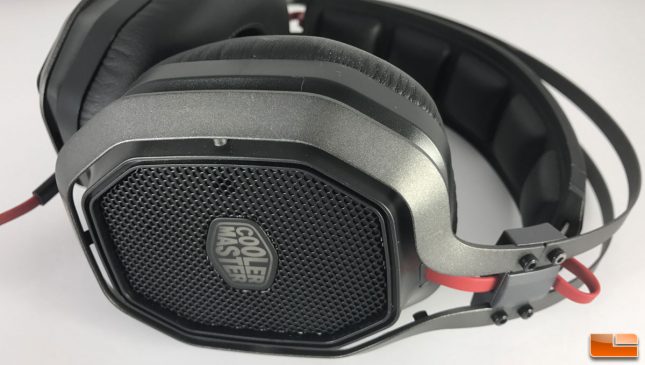 The Cooler Master MasterPulse Pro Headset fwatures what Cooler Master is calling Bass FX technology. This Bass FX technology is the ability to remove and replace small side panels that are magnetically attached to each of the ear cups. Basically this this both a closed and open back headset all in one. IF you are playing games or watching movies and you want a tight enclosed sound, you just attach the side panels. IF you are listening to music and you desire more bass, you just remove the side panels and the sound opens up to a much wider sound stage. I was quite skeptical about this Bass FX feature at first thinking it was nothing more than a marketing gimmick, but boy was I surprised the first time I pulled those side panels off. But we will talk about that a  little later in the review. 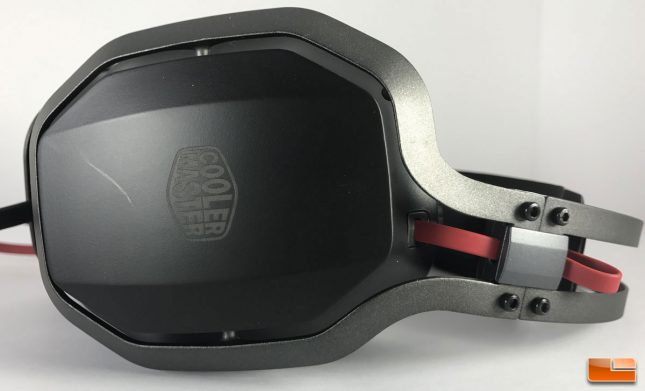 Here we get a good view of the MasterPulse Pro with the side panels on and off. As well as how the cable is connected to the ear cups and as we can see it is secured quite nicely to the frame so that there is very little risk of yanking the cable out of one or both of the ear cups, as is easy to do on a lot of headsets out there. Although it would have been a nice touch to make the cable detachable as is now quite common in a lot of higher end headsets. I cannot really knock that this is not the case due to the low risk of damage from pulling or yanking. 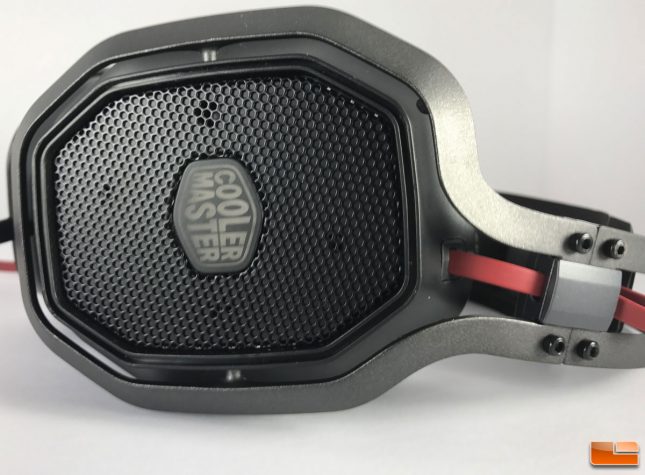 A closer look at the ear cups reveals a very soft and comfortable ear cup that fits easily over your ear, and if it can fit over my ears and my big head I am sure the majority of will find the ear cups just as comfortable I have. Again, much like the headband these ear cups allow for hours of comfortable gaming or a nice long session of just kicking back listing to your favorite music. 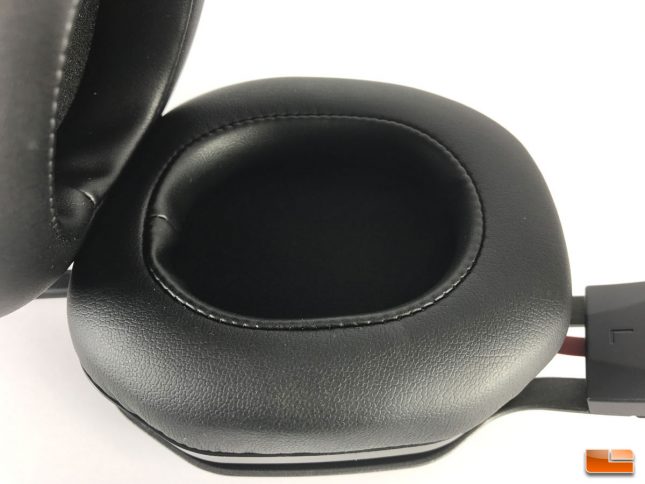 Now we get a look at the headset as well as one of the features I loved and two I did not. I absolutely loved the length of the cable, coming in at around 7’2″ as well as the gold plated USB connector which allows for maximum connectivity and sound quality. It allowed me as much space as I needed to move about my desk and more importantly it allowed me to get to the fridge without removing the MasterPulse Pro Headset if I was in need of a cold beverage or a snack while gaming, watching a movie or listening to some music. But, even though I really liked the length of the cable I did not like it’s rubber type coating or the fact that it was flat. I found that the flat cable and the rubber coating caused the cable to get caught on my desk and the items and other peripherals that are on it. it also got tangled or twisted around some of these objects quite easily if they were in it’s path. One such incident ended up with an entire beer that was nearly knocked over and would have spilled right into my computer. Although I noticed what was going to happen and averted the situation, if you are in the heat of battle and not paying attention you may knock things over. I think a nice round braided cable would have been my preference for a headset such as the MasterPulse Pro. 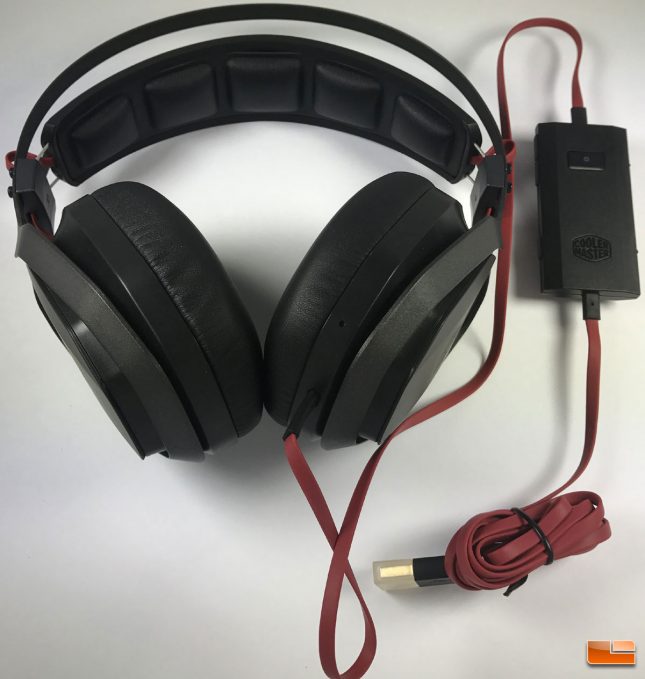 My second pet peeve with the Masterpulse Pro was the inline sound card and controller, but we are going to discuss that a little further on the next page. I know some of you might be asking “Hey where is the mic, this IS a gaming headset…. right?” Do you see that little hole in the side of the left ear cup? That is the microphone. It might look quite unassuming, but it works well…. very well in fact. Okay, now lets move on to the down and dirty of the MasterPulse Pro Headset. What can it do, and how does it perform in the real world.