Over the past few months I’ve been hearing some buzz about the new SteamOS from, you guessed it, Steam. If you’re a gamer there’s no doubt that you’re familiar with Steam, and you also know that it runs on Windows. The SteamOS, is in essence, it’s own operating system, at least more or less. The SteamOS runs on top of Debian 7, which is one of the many forms of Linux. Though to get the Steam OS up and running you don’t need to be familiar with Linux at all. Today I want to put together a complete system from the ground up with the intention of running it as a dedicated SteamOS box. The plan is to use this to play my Steam games while sitting on the couch, much like if I were playing on a console system like the PlayStation 4 or XBOX One.

In addition to wanting to play my games while sitting on the couch I wanted to keep the cost of the build comparable to what the latest generation of console systems cost. Taking a quick look around, a basic XBOX One retails for as little as $399.98 over at Amazon.com. The PlayStation 4 is remarkably the same price as the XBOX One, $399.99. Since both of the current generation console systems are available for ~$400, so that’s what the Steam Box budget is going to be today. If we’re going to be building a system from the ground up in the realm of $400.00, we may have to trim a few corners from what we would like to build. Though we should be able to build a pretty solid gaming system for that if we do it right. 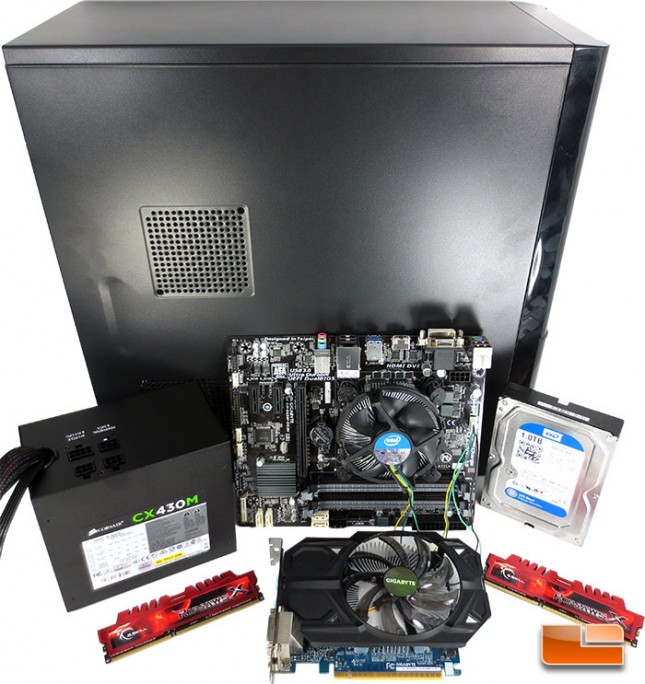 Most of the prices for the hardware that I am going to use today are the same regardless of where you shop. Before any of the rebates are in ordering from Newegg will cost you 404.18 and Amazon will cost $414.90. Newegg does have a few rebates though; $10 on the Gigabyte GA-B85M-DS3H motherboard, $15.00 on the GIGABYTE GeForce GTX750OC video card and a $20.00 rebate on the Corsair CX430M power supply. Once you get the rebates back, your total cost from Newegg.com will be $359.18. The target budget for this build is $400 or below, after rebates are all said and done it’s easy enough to hit it! Let’s take a little bit closer look at the hardware mentioned above, and then we can start slapping the hardware together. 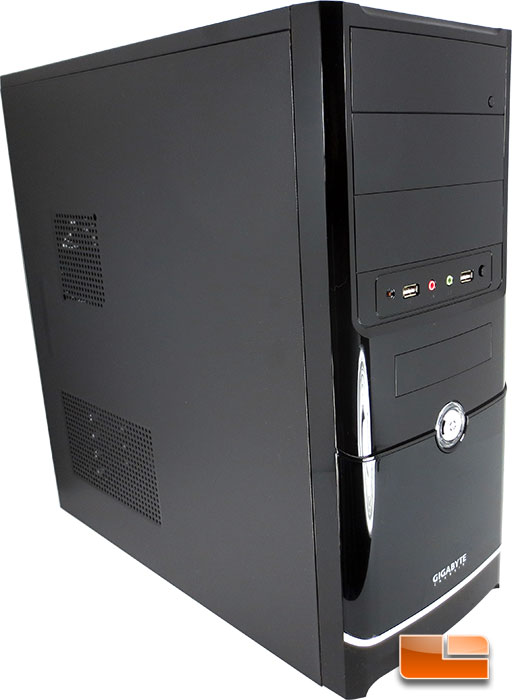 PC Cases are as varied as anything else out there, which is great because tastes are just as varied if not more so. For the Steam Box build I wanted to keep it simple as well as low cost. I wasn’t looking for anything flashy and the GIGABYTE GZ-F3HEB ATX mid tower fit the bill on all levels. I’ve used the GZ-F3HEB previously and knew that it’s a solid chassis for the $29.99 that it retails for. While I would prefer to use an aluminum chassis, the GZ-F3HEB is a steel case. This does add a touch of extra weight, but it’s still only 3.3Kg or 7.26 Lbs. The GZ-F3HEB chassis will fit everything for the SteamOS build without an issue as it will support an ATX motherboard, graphics cards as long as 9.5″. The front panel has room for three 5.25″ drives as well as a 3.5″ drive bay for a or a card reader. The GZ-F3HEB front panel has a pair of USB 2.0 ports, headphone and microphone 3.5mm audio jacks and a reset button. Overall the GIGABYTE GZ-F3HEB chassis is a solid case for a low cost which is ideal for this build. 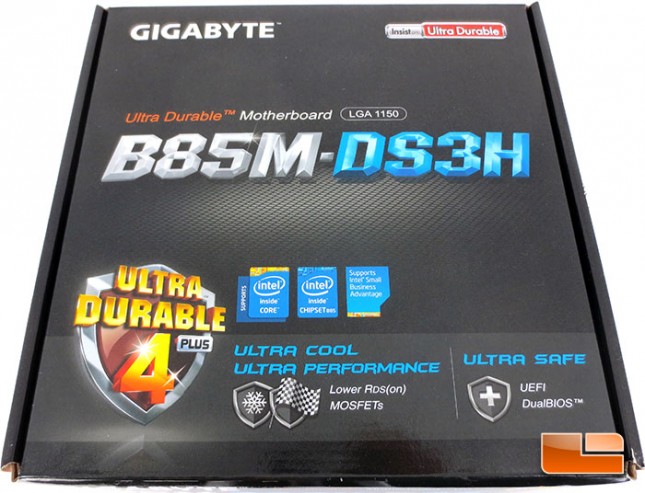 At the heart of the Steambox build is the B85M-DS3H mATX motherboard. The B85M-DS3H retails for only $45.99 after a $10 rebate which may qualify the GIGABYTE B85M-DS3H as a ‘budget’ board, but it has everything I need for the Steam Box build today. The B85M-DS3H supports the latest Intel Haswell processors, though today we aren’t going to be using anything like the Devils Canyon chip, this board will support it. 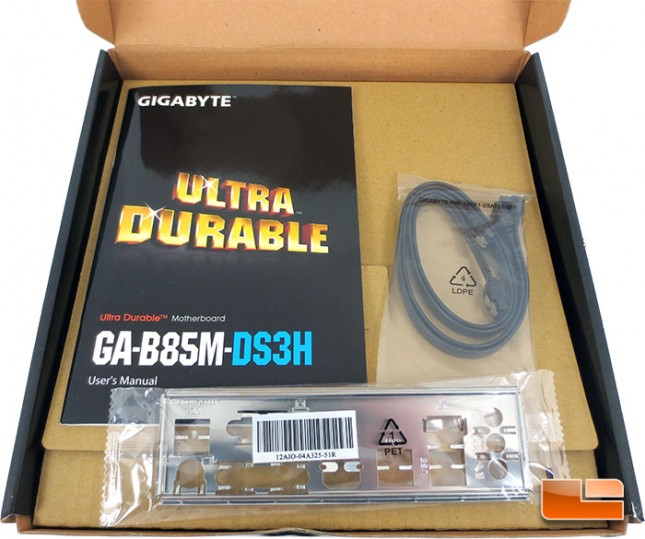 The bundle that accompanies the GIGABYTE B85M-DS3H is pretty skimpy, but at least it’s not packed with stuff that we wont be needing. All that is included is the manual, a pair of SATA cables and the I/O shield. 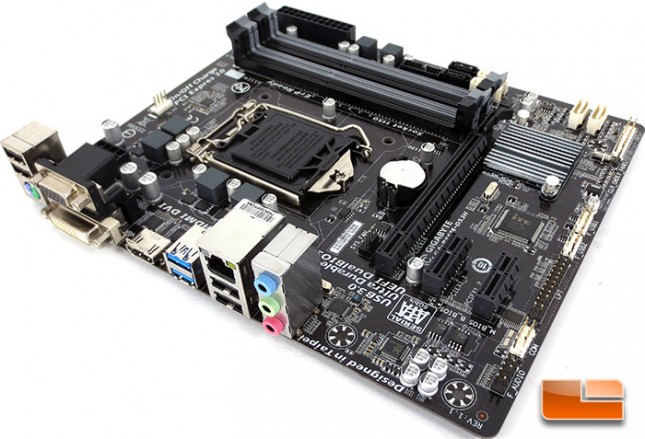 The GIGABYTE B85M-DS3H is a pretty simple board, it doesn’t have a lot of extras to it. There were a couple of features that I needed for this build, but the big one is price to performance. Obviously I needed a board with the LGA1150 socket for the Pentium G3258 that I’m going to be using. The B85M-DS3H has a pair of SuperSpeed USB 3.0 ports on the I/O panel as well as an internal USB 3.0 header. While the motherboard also has DVI, VGA, & HDMI, we will be using the video off of the graphics card. The B85M-DS3H features a single PCIe x16 slot and a pair of PCIe x1 slots. All of the expansion slots are PCIe Gen 2.0 which is a limitation of the Intel B85 chipset rather than the board. The NVIDIA GeForce GTX750 OC card that I will be using wont be utilizing all of the PCIe bandwidth so that shouldn’t be a concern. 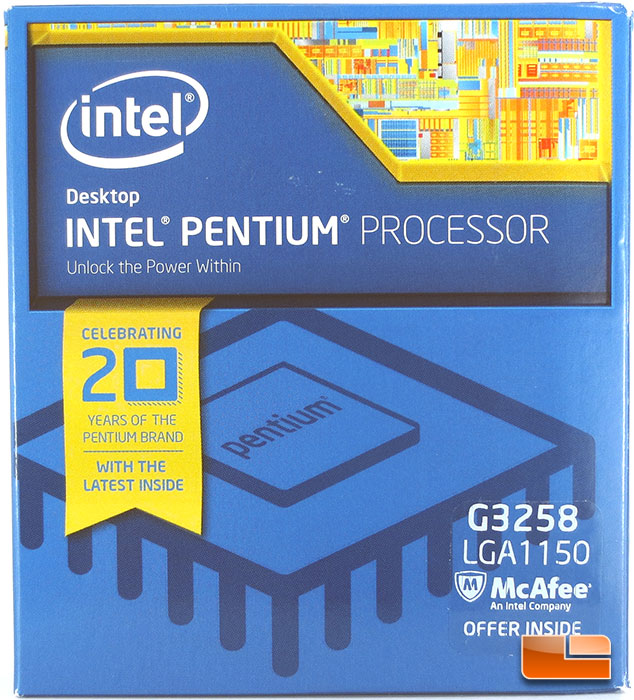 The choice for the processor was a no brainer for this build. The Intel Pentium G3258 dual core processor is great when it comes to gaming. I picked the Pentium G3258 up a few months ago for some various reasons, and have been looking for the perfect use for it. This build really fits the bill. When I did the review on the G3258 I was impressed with how well the system handled gaming despite the G3258 being a dual core processor. Since I am building a system specifically designed for gaming with the SteamOS, the Pentium G3258 is the perfect choice, especially considering the budget. The Intel Pentium G3258 is available for only $69.99, for the performance I’ve seen in the past it’s a steal.