The BlueAnt Z9 contains dual microphones to work in conjunction with its onboard DSP to provide clean and clear voice quality.  With its propriety software and hardware implementation, the Z9 is able to suppress both noise, static and echo from the user essentially isolating the primary sound from the voice to callers.  The real-world result from all of this engineering is actually quite impressive.

Because of the Z9’s size, I really wasn’t expecting too much, but this headset passed my “noise tests” with flying colors – even rivaling some of the other “big names” of noise cancellation.  The Z9 has two modes of noise cancellation: “Voice Isolation Standard”, and “Voice Isolation Max”.  “Standard” is for use in normal environments and is supposed to give you a natural sounding voice removing only mild background noise.  “Max” is supposed to give you the best voice clarity in a high noise environment.  You can select either one during a phone call and the Z9 will acknowledge the setting by a cool little voice saying “Voice Isolation – Max” or “Voice Isolation – Standard”.  Very effective, and very cool, in my opinion.

Working with both “Max” and “Standard” modes, I found that I could leave the headset on Max and my voice wouldn’t sound metallic or robotic at all.  This was the setting, however that clearly did the best job of filtering out background sound and noise.  A perfect example of this was my freeway test, when I would travel around 60 mph and roll my window down and see if the party on the other end of my conversation could hear any noise or if the quality of my voice deteriorated.  Every time I did this test with the Z9, my party could not really hear any difference in my voice quality – everything came in loud and clear!  Even with the radio on fairly loud, the Z9 effectively isolated my voice and my callers couldn’t even tell if my radio was on!  The BlueAnt engineers did an excellent job of implementing their voice isolation technology.  We are truly impressed.

We were able to get a good day’s worth of use out of the Z9. BlueAnt estimates the battery talk-time at about 5.5 hours, but I can say that our real-world results were a bit better than that. Maybe we were just living right, I’m not sure, but being as this headset had one of the lowest published talk-times of any of our reviewed headset, we really didn’t notice a significant difference between this headset and say, any of the Plantronics, or Gennum headsets. 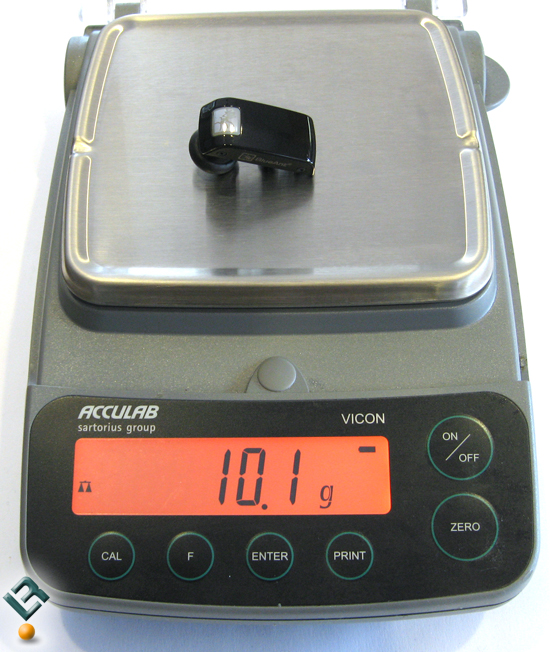 The one thing we did notice after wearing the Z9 for an entire day was the fatigue it cause our ear.  Now, even though the headset weighed in at 10.1 grams, and the translucent ear hook was feather-light, the speaker driver became more and more uncomfortable as the hours of use increased.  The 6-mm diameter driver is surrounded by very soft rubber to maximize the comfort level of its user and rests on the outside of the ear canal.  After a few hours of use, we experienced discomfort that forced us to take breaks and remove the headset from the ear.  Over the course of the day (and week), we trained ourselves to remove the headset while not in use.  Many will find that unacceptable – even with the superior noise cancellation. 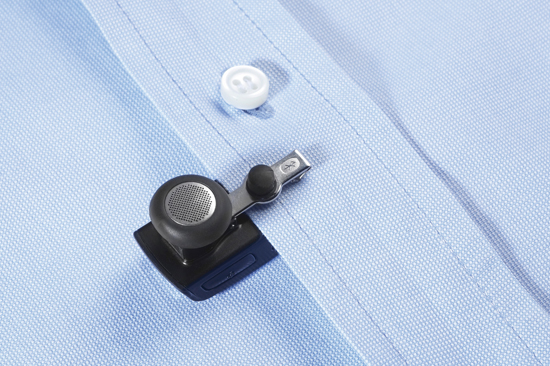 Maybe BlueAnt knew that many users would not want to keep the Z9 in their ear all the time since they incorporated a little clip system to the back of the Z9’s body.  This unique feature is great and one that I have not seen in other Bluetooth headsets.  This clip came in handy quite often.  Instead of putting the headset in the back pocket to be crushed at a later time, or setting it down on a desk to be left, or even in a purse or backpack to be lost, BlueAnt incorporated this very handy clip to help keep up with the tiny Z9.