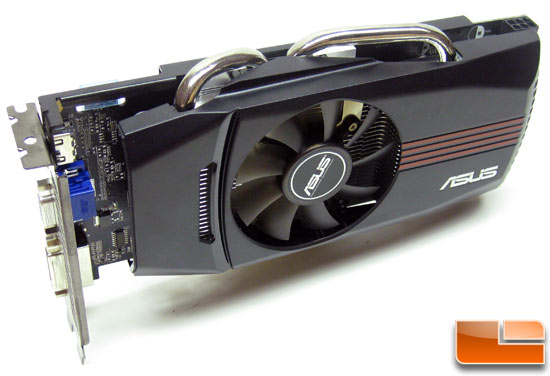 The ASUS Ultimate GTX550 Ti video card was found to be between 9 to 14% faster than the NVIDIA GeForce GTX550 Ti reference design in our testing, but that was expected since it operates at a 1015MHz versus the standard 900MHz clock speeds. The ASUS Ultimate GTX 550 Ti also ran cooler at full load and we love the look of the card thanks to the custom GPU cooler and black PCB design. After using this video card for a week there really isn’t much we’d change with it. In fact the only thing that we altered when using this card was the fan speed and to be honest we actually turned up the RPM to get better cooling performance as we didn’t mind the extra fan noise.  ASUS has really conservative fan tables on this card, but that isn’t a deal breaker as you can easily adjust the fan to be set how you like it.

When it comes to pricing the ASUS Ultimate GTX550 Ti DirectCU is going to be tough to find. We don’t think this will be a large volume sku and even a week after the card was launched we can’t find a retailer listing them. ASUS said the UL ENGTX550 TI DC/DI/1GD5 has an MSRP of $169.99, which makes it $20 more than a typical card based off the reference design. All three of the ASUS GTX550 Ti cards are identical though, so you might be able to buy their basic $149 card and overclock it up to the same speeds as this.  Just to make sure we were right in our thoughts we contacted ASUS and this is what the company had to say:

“That is correct all cards feature, Voltage Tweak, SAP – Super Alloy Power, Protective Design elements ( GPU Guard, Dust Proof Fan, Fuse Protection and EMI Shielding ) The only difference is the clock speeds and GPUs ( GPUs are binned and sorted/tested on TOP and Ultimate ). Additionally as a side note we have released a new bios for the TOP and Standard version cards that is designed to reduce idle rotation for those looking for an even quieter experience. “ – ASUS PR

The question that you as a buyer need to answer is if you really want to take a chance and mess with overclocking or would you rather spend an extra $10 or $20 and get a card that is already speed tested and ready to go the second you put it into your system? One thing we do like is that the core clock is 13% higher than the reference design and that the price also just happens to be 13% higher. We’ve seen some companies price gouge on overclocked cards, but ASUS seems to have a fair price on this one. We hope it’s not just a coincidence!

When it comes down to it the NVIDIA GeForce GTX 550 Ti is a solid video card that is aimed at gamers that run 1680×1050 or smaller resolutions. If you happen to fit in that category then you should find that the GeForce GTX 550 Ti is a very capable video card for ~$150. The ASUS Ultimate ENGTX550 Ti takes the level of performance up a notch and does it so at a very small price premium.

The ASUS Ultimate GTX550 Ti DirectCU is backed by a 3-year warranty on the graphics card and the user doesn’t have to register it to have a valid 3-year warranty. It
goes by the serial number on the graphics card. If the three year period
is ever in question, ASUS says that they will always honor the 3-year
time frame from the date of purchase of the item, so hang onto your
receipts! This is better than some other brands like Palit and Galaxy as
they only offer one and two-year warranties, respectively.

Legit Bottom Line:  The ASUS Ultimate GTX550 Ti DirectCU graphics card is one of highest overclocked GTX550 cards on the market and the higher clock speeds mean that you get between 9-14% better gaming performance! 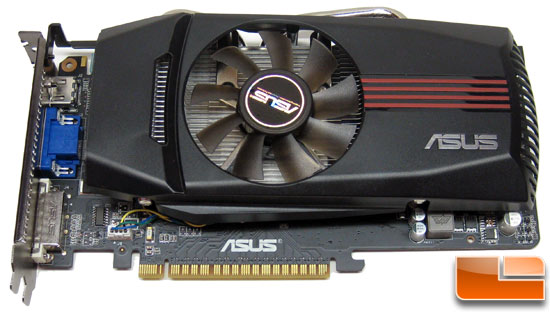