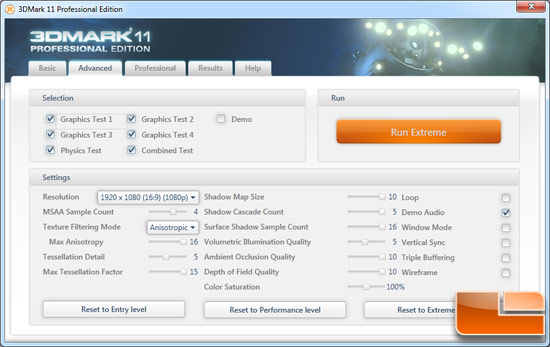 Since Futuremark has recently released 3DMark11 we decided to run the benchmark at both performance and extreme presets to see how our hardware will run. 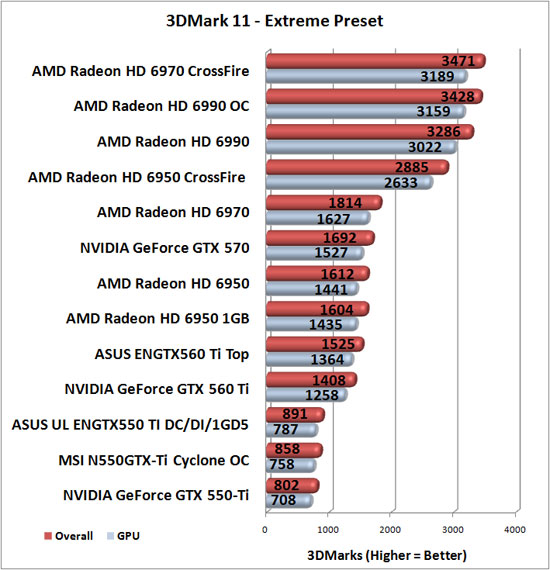 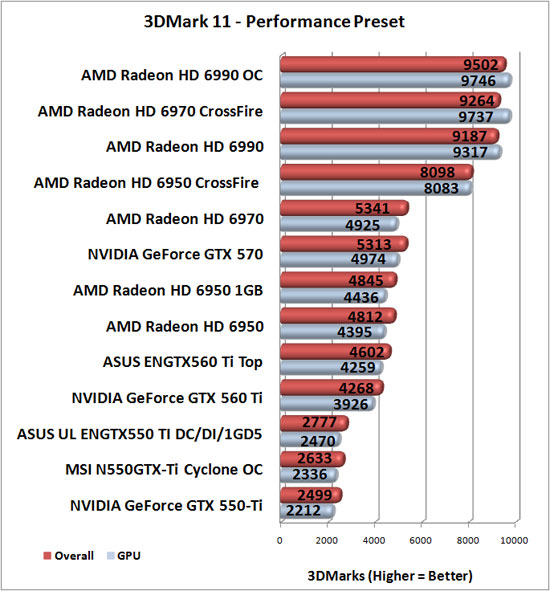 We found the Extreme test in 3DMark 11 really slowed down the GeForce GTX 550 series, but the card did well on the Performance test. When you look at the performance test results the ASUS Ultimate card scored 10% higher than the NVIDIA reference design.